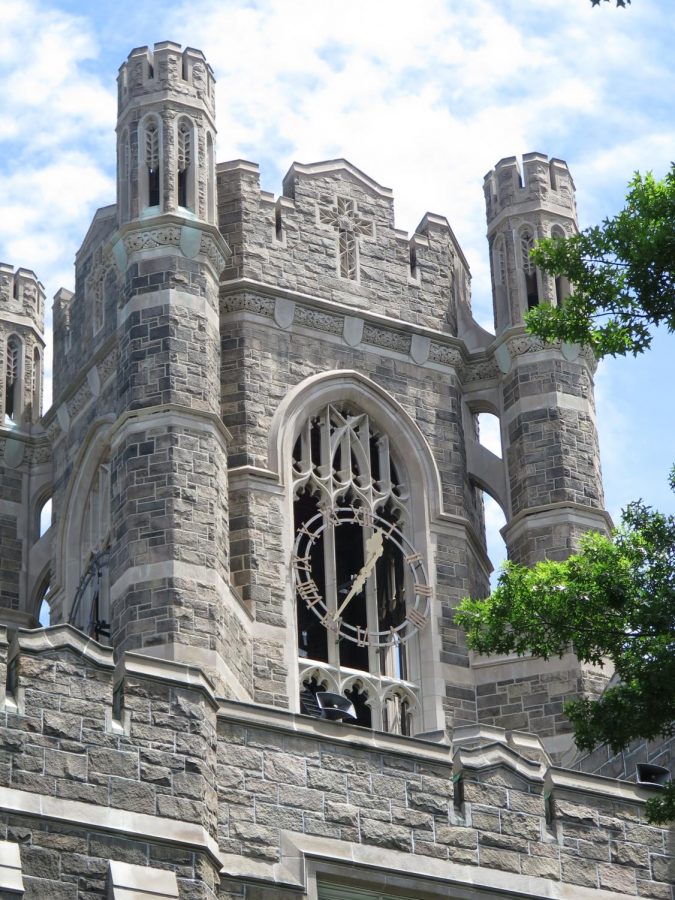 UPDATE (May 1, 2019): The Fordham Observer News Desk has published a special report detailing the impact and scope of these events in their aftermath. Read the report here.

UPDATE (April 18, 2019): The Fordham Ram (based at Fordham’s Rose Hill campus) has published a staff editorial about the tone and sensationalism of the national coverage of Sunday’s events. We, as the staff of The Observer, agree wholeheartedly with the ideas expressed in the editorial, apologize for any harm we may have caused with our own reporting and encourage our readers to read The Ram’s editorial here.

Sydney Paige Monfries, a senior at Rose Hill, passed away on April 14 after falling from the clock and bell tower in Keating Hall.

Monfries and a group of friends climbed the tower at roughly 3 a.m. According to police, the 22-year-old fell through an opening on the first landing tower. She fell 40 feet through the inside of the tower and struck her head on the ground.

One Rose Hill student, who asked to remain anonymous, was walking by Keating Hall at the time. “Around 3:15 a.m., my friend and I were walking back to my building together, and we heard this screaming coming from Keating but we couldn’t tell if it was anything to be concerned about,” she said.

Emergency responders arrived on the scene at 3:17 a.m. Fire Department sources confirmed that Monfries suffered serious injuries to her head and pelvis. Paramedics had trouble getting a pulse, and although her vitals flat-lined, they were able to revive her.

Emergency Medical Services rushed the student to the local hospital, where she was placed on life support. Police noted that she was in “extremely critical” condition.

Fordham University initially withheld Monfries’s name as the events developed and initial reports were released. The Observer learned her identity through the reporting of a third party, The New York Post, and released her name online at 4:13 p.m.

At 6:49 p.m., McShane announced to the Fordham community that Monfries had died. “There are no words sufficient to describe the loss of someone so young and full of promise — and mere weeks from graduation,” he wrote.

McShane invited the Fordham community to a mass for Monfries at 7 p.m. in the University Church.

Monfries, who was from Portland, Ore., was a senior at Rose Hill due to graduate in May. Students confirmed to the New York Post that, to some, it has become “a rite of passage” to climb the clock tower, touch the bell and take pictures before they graduate from the university. However, many Fordham students are hesitant to claim that this is entirely accurate, and have reported to The Observer that it is a practice few students engage in.

Fordham Public Safety is still investigating how Monfries and her friends were able to get inside. Bob Howe, assistant vice president for communications, explained that “access to that tower is always locked.”

Howe stated that it is too early to know if the lock was tampered with. However, a senior, Anne, who declined to give her last name, said that “the doors aren’t always locked. They’re unlocked at night when they’re cleaning. They are always doing some kind of cleaning or renovation.”

Climbing the clock tower has historically held a sense of allure for some students at Rose Hill. “I think a large part of the reason people want to do this so badly is that the school doesn’t allow it,” said Patrick Burke, Fordham College at Rose Hill ’14, who was interviewed by The Ram in 2013.

In the same article, Christopher Rodgers, dean of students at Rose Hill, said that since “the clock tower is rather dangerous, and therefore secured area of campus, students would likely face disciplinary action if they entered it.”

The accident occurred early in the morning before Fordham’s annual Spring Preview event for admitted students. The full day of events includes tours, student panels and a welcome address. Organizers held a moment of silence for Monfries that morning.

Both The Observer and The Ram are dedicated to respectful and honest coverage of these events. Check back on both of our websites for updates.