Juice WRLD and Charli XCX to perform for Fordham students 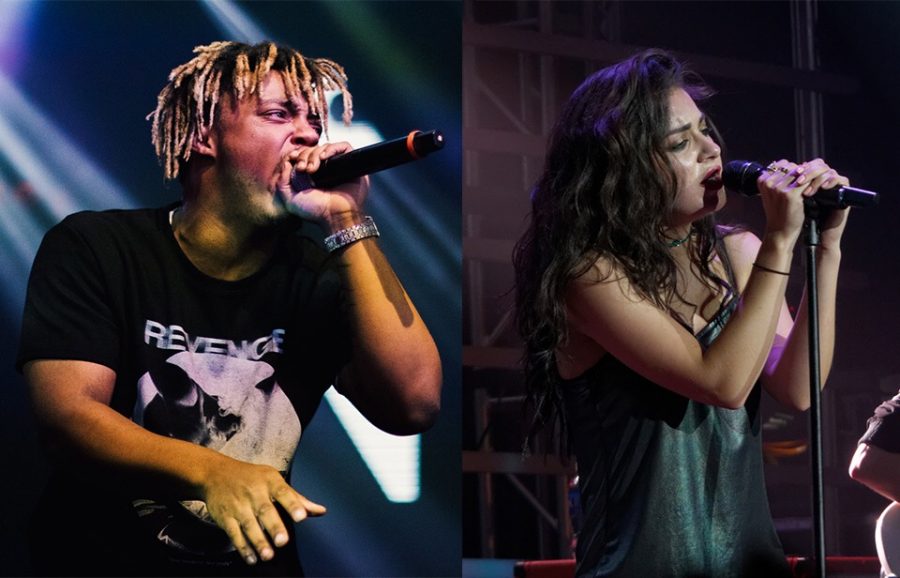 THE COME UP SHOW (left) AND JUSTIN HIGUCHI (right) VIA FLICKR

In an Instagram post, Tinder announced that Fordham University won their Swipe Off contest, winning an exclusive Juice WRLD and Charli XCX concert to enrolled students.

The juice was worth the squeeze — rather, the swipe. Tinder announced on its official Instagram account today that Fordham defeated Stanford University in the final round of this year’s Swipe Off, bringing Juice WRLD and Charli XCX to play a concert exclusively for Fordham students.

The Swipe Off began at the end of March. One hundred schools across the United States competed to rack up the most right swipes on the dating app, an action that indicates a user’s interest in another user. Fifty schools each from the east and west side of the country were selected to participate, and students watched as the pool of universities was whittled down bracket-style in the past three weeks until only Fordham was left to represent the east.

Many students downloaded Tinder and enrolled in Tinder U — a feature that displays a user’s school on their profile to allow college students to connect more easily — just to participate in the contest.

“I’m proud of the student body for coming together and winning a contest where we were against way bigger schools,” said Rachel Meyer, Fordham College at Lincoln Center ’20. “I’m excited to go to the concert!”

“It’s a great example of the community we have here,” Jordan Wappler, Fordham College at Rose Hill ’22, added.

The concert’s headliner, Juice WRLD, is a rapper who gained recognition for his 2018 single “Lucid Dreams,” which helped earn him a “Best New Hip-Hop Artist” nomination at the BET Hip-Hop Awards. He released his second album, “Death Race for Love,” in March, and is set to play Coachella days before performing at Fordham.

Charli XCX, another performer at the upcoming show, gained renown for her features on Iggy Azalea’s breakout hit, “Fancy,” and Icona Pop’s “I Love It.” She has established her own career with albums like “True Romance” and “Sucker” and is known for her distinct electro-pop sound.

The concert will take place on Wednesday, April 24 at 7 p.m. The location has yet to be announced. Students who want to attend must RSVP in advance online, and admission is limited to 500 spots.