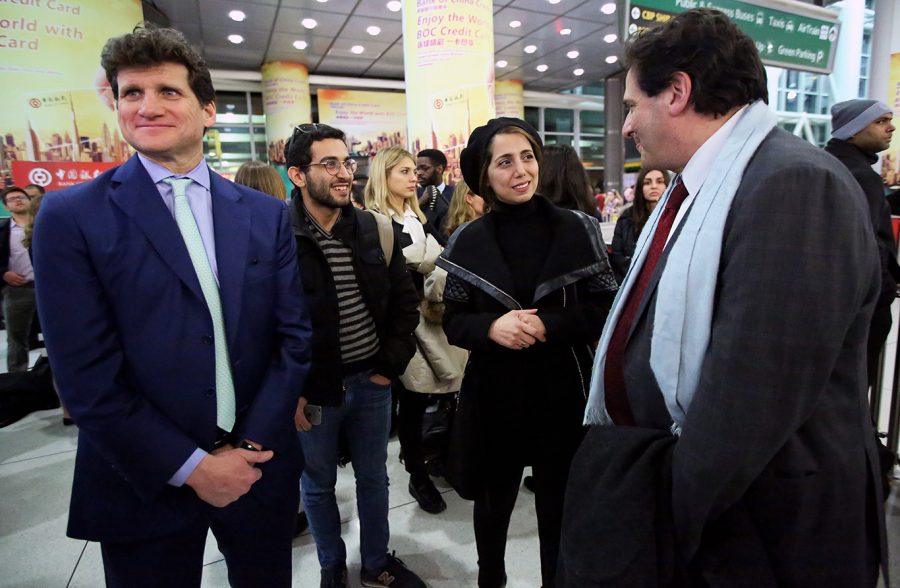 Gordon Caplan, Fordham University School of Law ’91 and former co-chairman of the New York City-based law firm Willkie, Farr & Gallagher, released a statement on Friday, April 5, that he intends to plead guilty to charges of mail fraud and honest services mail fraud after being indicted in the nationwide college admissions scandal case.

According to information released by the U.S. Attorney’s Office for the District of Massachusetts on Monday, April 8, Caplan’s upcoming plea deal will likely land him a recommended sentence of eight to 14 months in federal prison. In addition, FBI prosecutors have recommended a year of supervised release following his prison time and a fee of $40,000.

According to the District Attorney’s report, these terms are dependant on Caplan issuing an official plea before April 30. Any additional crimes or attempts at obstruction of justice will increase these penalties.

Caplan’s statement set him apart as one of the first parents charged in the case to admit wrongdoing. Following Caplan’s statement on Friday, 14 other individuals, including Hollywood actress Felicity Huffman, announced their intent to plead guilty on Monday, April 8.

After the release of these public statements, the FBI issued a new indictment on Tuesday, April 9. It charged 16 parents with conspiracy to commit money laundering. The list of those facing the new charges, which was not released to the general public, was created based on evidence of parents attempting to disguise bribes as donations to William Singer’s false charitable organization, the Key Worldwide Foundation. Singer, as the chief operator of the conspiracy, was the central figure of the case and had an instrumental role in assisting the FBI with information.

Caplan’s payments to Singer are known to have been made through the foundation implicated in the laundering indictment. It is currently unconfirmed if his name is on the new FBI report.

Maximum sentencing for conspiracy to commit money laundering can result in up to 20 years in prison and fines up to $500,000, which would be added on top of the penalties Caplan currently faces.

Caplan, who was awarded the prestigious Louis J. Lefkowitz Public Service award by Fordham Law in 2016, was originally charged among 49 other people on March 12 in the case, which has become one of the most highly publicized college admissions-related investigations in recent history.

Dialogue surrounding the case has stirred up conversations about the roles of wealth, elitism and status in determining educational attainment in the United States. This countrywide scrutiny towards college admissions comes amid Fordham University’s recent heightened awareness about its own standing nationally, both in rankings and its admissions profile.

Caplan’s statement, released to major media outlets by his attorneys, reads: “I take full and sole responsibility for my conduct and I am deeply ashamed of my behavior and my actions. I apologize not only to my family, friends, colleagues and the legal Bar, but also to students everywhere who have been accepted to college through their own hard work.”

Caplan’s former practice, Willkie, Farr & Gallagher, released a separate statement on Friday detailing that Caplan was “no longer a partner” at the firm. “Mr. Caplan’s departure is a result of his involvement in the college admissions matter and his recent statement regarding his intent to plead to a criminal charge,” it reads.

Conviction of a felony is grounds for automatic disbarment with the New York State Bar Association. Upon taking the guilty plea, Caplan will be disbarred.

Dean of Fordham Law Matthew Diller and Fordham Law’s Office of Communications and Media Relations had no comments to share at this time. The Observer has not received comment from Caplan’s attorneys.

UPDATED (April 11, 2019): A previous version of this article was published before Fordham Law stated they had no comment.

This is an ongoing story. Check back for updates.