They Were Elected Into Power, But What Can USG Officers Do? 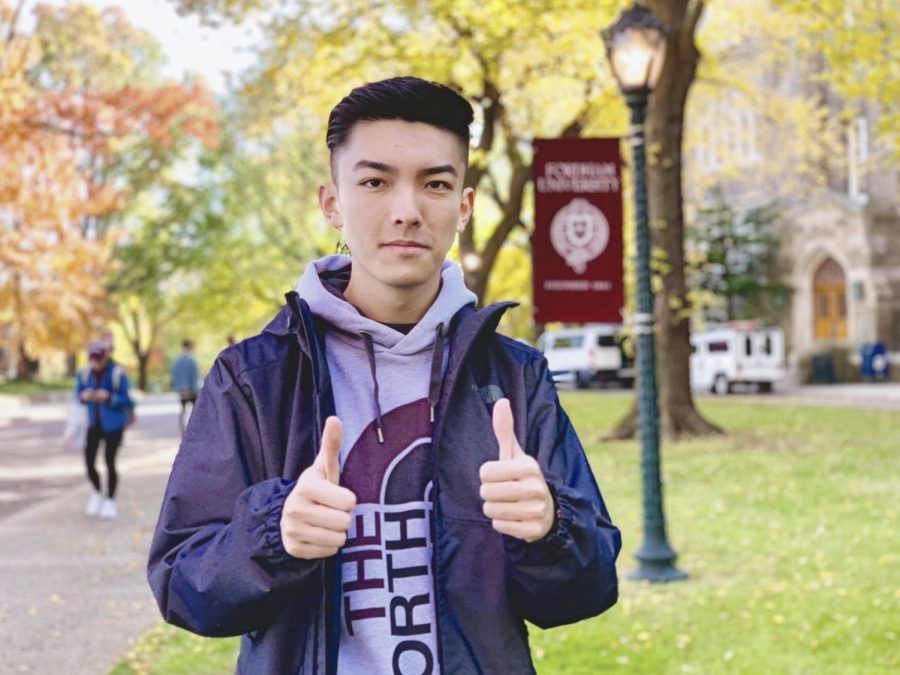 Every spring semester, Lincoln Center students elect new members of United Student Government (USG) who promise to deliver on their visions for the campus. Newly elected members will be inaugurated officially in October 2019 but, until then, they will strategize on how to carry out their campaign platforms while abiding by USG’s constitution.

In conjunction with the Senate, the Executive Board strives to foster a sense of school spirit within the Fordham community, all while serving as a link between students, faculty and staff. Their main duty is to serve all undergraduate students at Fordham Lincoln Center.

The race kept Fordham students on the edges of their seats. The two presidential candidates fought for their perceptions of what USG should look like.

As part of her campaign, Thermadam promised she would encourage campus unity, community and growth, while sticking to the “status quo.” Improving club retention and changing the guest pass policy to allow for overnight visitors of the opposite sex in the dorms are among her proposed policies.

Austin Tong, GSB ’21, had a different approach. His “Great Rejuvenation of Fordham University” campaign led students to question whether his policies were even plausible.

Tong, who resigned from USG as vice president of Operations in November of 2018 amid internal disputes, hoped to completely transform USG: all positions, beside President and Vice President, would have been nominated by the President, with the goal of increasing efficiency, according to his platform.

Sarah Deng, FCLC ’20, said she was “triggered” and “concerned” upon reading Tong’s slogan. “It makes me think he admires how the Chinese Communist Party governed China.” She also attended the USG debate on March 29, hoping to hear more about both candidates’ ideas in person. Deng said, “though I actually agreed with some of his points, what he looks up to does not correspond to what I consider the value of Lincoln Center is.”

Jay Sheldon, FCLC ’20, was also alarmed by Tong’s slogan. “The comparison to a genocidal regime is disgusting and disappointing,” they said, referring to The Great Leap Forward. “Even jokingly, it makes people think that it’s acceptable to make jokes and comments making light of genocide.”

Candidates have freedom to campaign how they want, according to Dean of Students Keith Eldredge. “As long as their behaviors stay within the bounds of the student conduct system,” he said, “we would want to give students the opportunity to fully express themselves.”

Eldredge said that USG is most influential when members are united, sharing responsibilities and convictions. Though presidential candidates often run on their individual dreams for Fordham, they are almost always unable to implement them on their own.

For USG to change anything on campus, it “generally involves dialogue, conversation and persuasion,” Eldredge said. Historically, those steps have taken months or even years.

Over the past few years, USG’s work has allowed for several changes on campus that addressed student needs. Extended library hours during midterm and finals season are among them. Installing Amazon lockers to reduce the long lines by the mailroom is the fruit of USG’s collaboration with its Facilities Committee.

Dorothy Wenzel became USG’s advisor in 2006. In that position, Wenzel said “there are plenty of initiatives that USG has worked on that have been successful at Fordham.”

One of the successful USG operations was Fordham Fridays, an initiative that rewards students with a free slice of pizza for wearing maroon. They launched the weekly event in efforts to boost school spirit.

In addition, without USG, only select last-year students would be recognized during Senior Leadership Awards. USG therefore decided to organize the Undergraduate Appreciation Awards, also known as the UNDYs, in order to celebrate students’ contributions, from each class year, to the university community. Awards range from “Most Fordham Spirit” to “Best Performing Artist.”

Organized by USG, the annual Christmas Tree Lighting has welcomed the holiday season on the Outdoor Plaza since 2004. This year’s lighting, spearheaded by elected chair of student affairs Loreen Ruiz, FCLC ’21, saw the highest turnout in Fordham’s history. Ruiz confirmed an estimate of 500 attended, a 100 person increase from last year.

USG also oversees the formation and approval of all student clubs. Currently, there are 56 organizations operating at Fordham Lincoln Center, whereas at the beginning of her tenure, Wenzel said, there were about 28 clubs. “The fact that we’ve grown so much wouldn’t have happened without the student government navigating that process,” Wenzel said.

Wenzel recommends that new USG members begin planning for the next academic year now, in terms of priorities. They will have to reflect on whether they fill the shoes of the USG before them and maintain their agenda, or work on developing their own new initiatives.

“I’m very looking forward to see what they’ll bring to the table,” Deng said. “I hope the new USG can bring to Fordham a stronger sense of community, and bring resources that will support students more.”