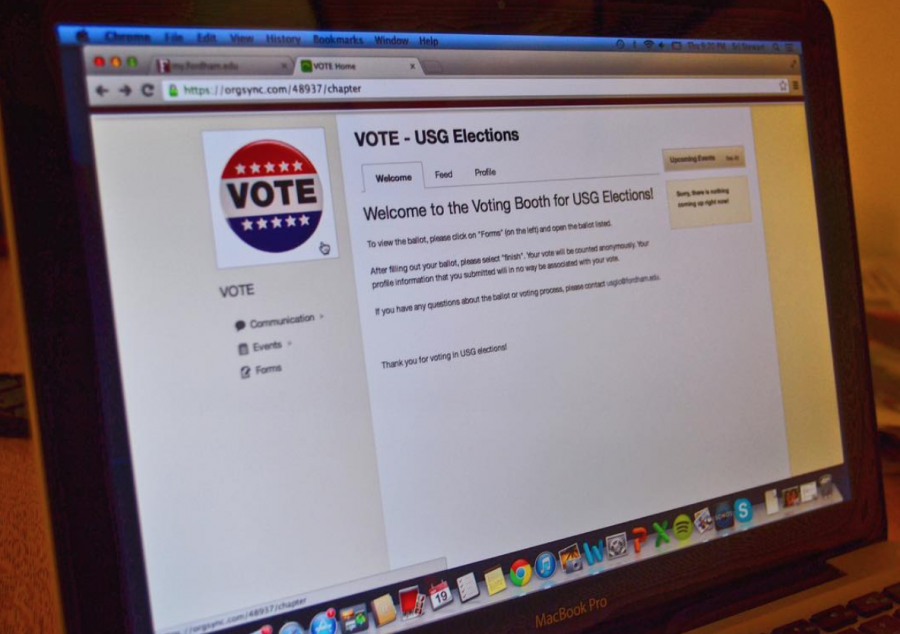 Fordham Lincoln Center's United Student Government student government has released the results of its elections for the first time in four years.

Hours after The Observer published a story about the refusal of the United Student Government (USG) to reveal the statistics of the 2019 elections, the Elections Committee has released the results to the paper.

Out of 390 ballots cast in the presidential race, Tina Thermadam, Fordham College at Lincoln Center ’20, received 331 votes, while Austin Tong, Gabelli School of Business (GSB) ’21, received 53. There was one write-in and five students declined to vote.

In the vice presidential race, which also totaled 390 ballots, Robert Stryczek, GSB ’21, won with 258 votes. His opponent Ellen Song, FCLC ’20, received 108. There were three write-ins and 21 students declined to vote.

In a statement, USG explained that it released the numbers “in an effort to promote transparency and increase trust between the student body and USG.” It is unclear whether or not the committee intends to publish the numbers through its own channels.

The release clarified that the committee’s decision does not guarantee that future USG administrations will publicize the numbers of their election results. “It is still within their prerogative to decide whether or not to release,” the statement reads, citing an unspecified portion of the USG constitution.

Current USG President Demetrios Stratis, FCLC ’19, said that the organization reversed its decision about releasing the numbers after internal discussions. “We spoke, we revised our opinion and there it is for everyone,” he said.

“This is for the sake of the student body and for the public,” he added, “and also to establish that the results speak for themselves. They’re there.”

Stratis said he will speak to the rest of the committee to discuss publishing the results themselves.