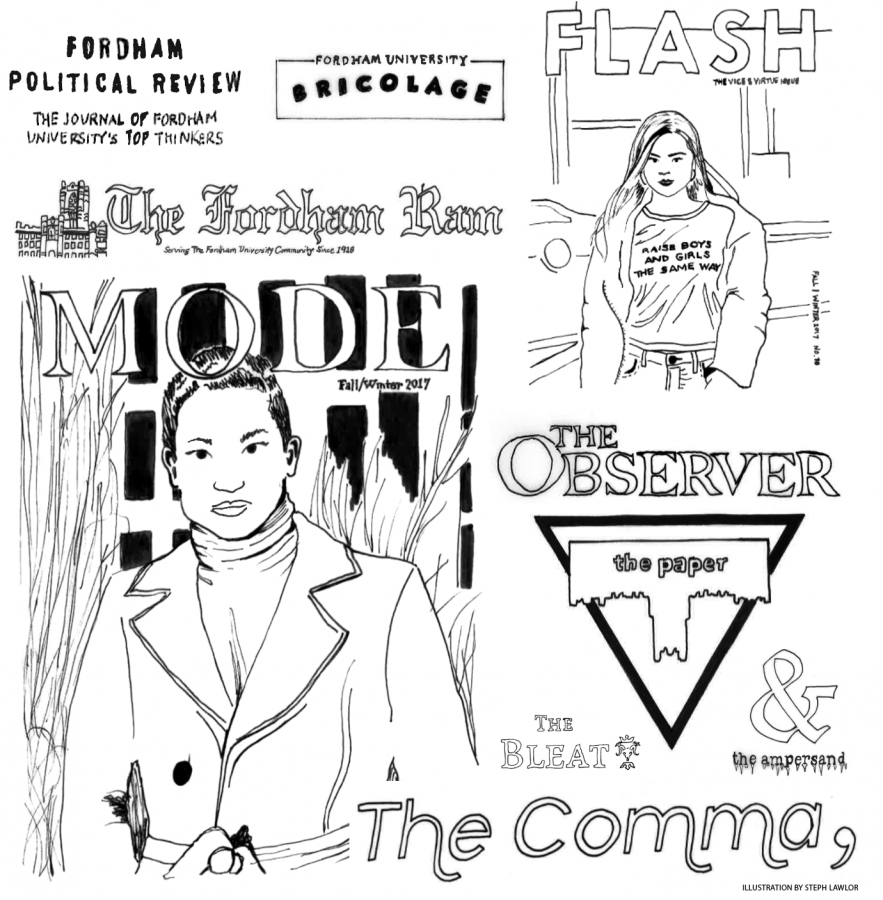 The plethora of publications at Fordham University allow students to tailor their news sources.

If you’ll believe it, The Observer isn’t students’ only source of news.

Neither is the Ram. The two papers compose the most traditional and established forms of student media across both campuses, but they aren’t the only game in town.

Students look elsewhere for undergraduate news for several reasons: they desire a more informal platform or simply believe The Observer and The Ram aren’t covering what needs to be covered.

This complaint is one that any publication would take seriously, and one that The Ram has recently been driven to contest. However, it is undeniable that among the student population — at this particular time and at this particular university — the desire for alternative news sources is growing.

On a national level, campus altercations with conservatives have prompted the president’s plans to withhold federal funding from public institutions if they don’t prescribe to better free speech policies.

The Trump presidency and the addition of “fake news” to the national vocabulary means that students are more careful than ever about how they get their news. It also means readers are more able than ever to personalize the stream of content they see.

Fordham itself is no stranger to the free speech debate in the past decade, either. The likes of Ann Coulter, who ended up being disinvited, and Roger Stone, who famously accepted, were invited to speak at Fordham, sparking tremendous backlash from students. Because of these controversies, the conversation about conservative free speech on Fordham’s campuses keeps being reignited. The incident at Rodrigue’s Coffee House in January of 2018 sent Fordham students and administration into its latest debate over the right to speak and publish freely.

The intense scrutiny of the press seen on a national level hits home at Fordham University.

The defense of collegiate conservative thought that has become vogue in the past decade has manifested among particular sources of alternative news based on the Rose Hill campus, including The Fordham Political Review — the “Journal of Fordham University’s Top Thinkers” and The Pamphlet, a conservative-leaning opinion source comprising the newest edition to Fordham’s collection of undergraduate literature.

Political motivation isn’t the only driver for the creation of alternative student publications, however. Sometimes, undergrads set out to present “The news, but … better,” in the words of Josh Strupp, co-founder of The Rival. Started as an attempt to forge more meaningful journalistic connections on the George Washington University campus, The Rival is now an 11-university collective effort to do so — Fordham included as of 2016.

The only alternative news challenger to The Ram currently on stands at Rose Hill is the paper — its role as an alternative news and opinion source well-defined, down to its stylized lowercase moniker. Branded as a “free speech journal,” the paper uses informality to its advantage, much like The Rival, to blend opinion, humor and campus coverage into an accessible exercise of the First Amendment.

A similarity between all of these alternative student news sources: they are based in, if not solely distributed on, the Rose Hill campus. Indeed, many of Fordham’s trying political showdowns between students and administration have taken place 30 minutes away from Lincoln Center. When it comes to political and social discourse, undergraduate publications at Rose Hill compose the loudest exercise of campus free speech by numbers alone.

This may not always be the case. Though many Fordham undergraduate publications are formally recognized by (and receive funding from) the university, this is not a requirement. Informality is often the strength of alternative college media, and online hosting and social media have provided student publications with creative ways to even circumvent print while still reaching their peers.

The next source of student news to rival The Observer could very well be in the making.