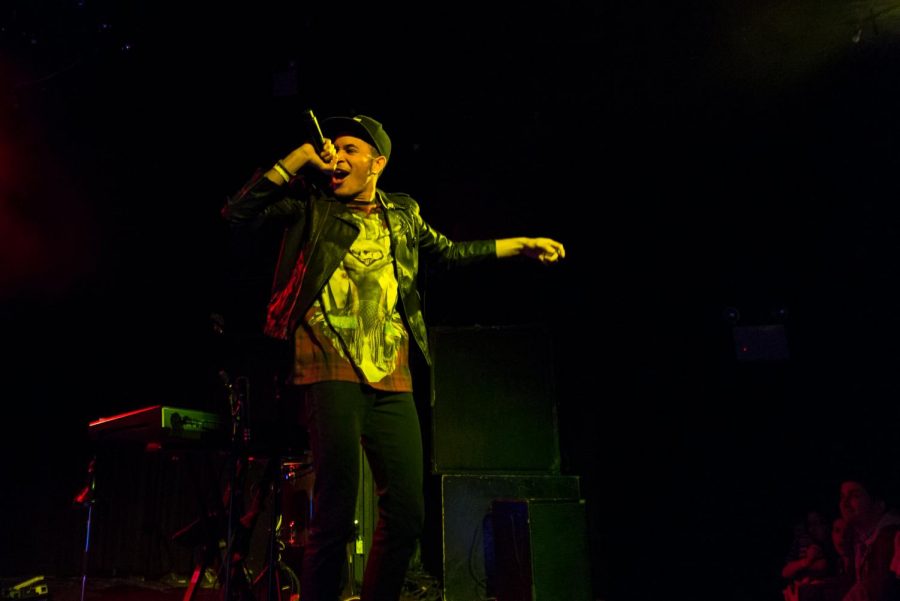 Vine returns to New York City, his hometown, to play at Spring Weekend.

To use his own words, Bryce Vine’s musical style sounds like “if Outkast and Blink-182 got drunk with the Gorillaz and started playing music together.” The singer-rapper’s sound cannot fit into one genre, due in part to the wide range of influences upon it — his music draws from complex experiences: growing up on both coasts, handling mental illness and being a biracial man. Overall, though, his music reflects a mellow yet fun quality, which can be heard in everything from his debut EP, “Lazy Fair,” to his 2017 single “Drew Barrymore” that garnered him attention on the mainstream music scene. Vine is set to perform at Fordham’s 2019 Spring Weekend concert on April 27 as part of his current college tour, opening for Sean Kingston. The Observer spoke with Vine about the concert, his upcoming album and the inspiration behind his music.

How has the college tour been going so far?

I’m on my way to the second show. It’s been going great so far, but it’s still at the very beginning. The first show was at a little school called Utica College in upstate New York, and now we’re in central Michigan, heading to Central Michigan University.

What should Fordham students expect from your performance?

A lot of energy. I think people come to the show just to relieve whatever it is they’re going through in their normal lives. I like interacting with the crowd and making them feel comfortable, and it’s fun to see people come out of their shell.

Can you tell us anything about your upcoming album yet? Will you perform anything from it at Spring Weekend?

It’s called “Carnival.” It’ll be out this summer at some point; I don’t have a date yet. We’re going to play a couple new songs from that and a couple songs from my past EPs.

What excites you most about Fordham’s concert? You were born in New York. Is this a kind of homecoming?

A little bit, yeah. I never really have an expectation. It’s funny how you go into these things and you really don’t know what you’re going to get. You don’t know what students are going to know the words to what songs. There’s no way to really expect it — you just go in and sometimes it’s an amazing experience. You meet all the kids and hear their stories, so I’m just looking forward to that.

What inspires you and your music now?

Just experiences in my own life and kind of realizing how similar we all are in the things that we go through as human beings, from heartbreak to memories of childhood, good and bad decisions and relationships with friends and family. I have a unique perspective because I’m multicultural and I come from an interesting family and I travel to countries in the world for a living, so I see a lot more of it than most people get to. I just speak on that perspective and try to write things that feel relatable to people.

Following the college tour, are there any upcoming tours or performances in the works?

Yeah, probably. I just finished my first headline tour, and it went amazingly. Every show was sold out, so I definitely have to get back on the road soon. But I just want to sit down for a second when I’m done with this college tour, focus on the next era of writing music and put together new things. You really need the time, and when you’re on the road a lot you don’t get that time to sit and think and focus on what you want to say. It’s my favorite thing to do, is to play those shows, so I’ll definitely be back on the road. We’re doing a lot of radio shows this summer, so I’ll still be traveling around.

Is there anything else you want Fordham students to know about your music or the concert?

I think it’ll speak for itself when we come. It usually does.