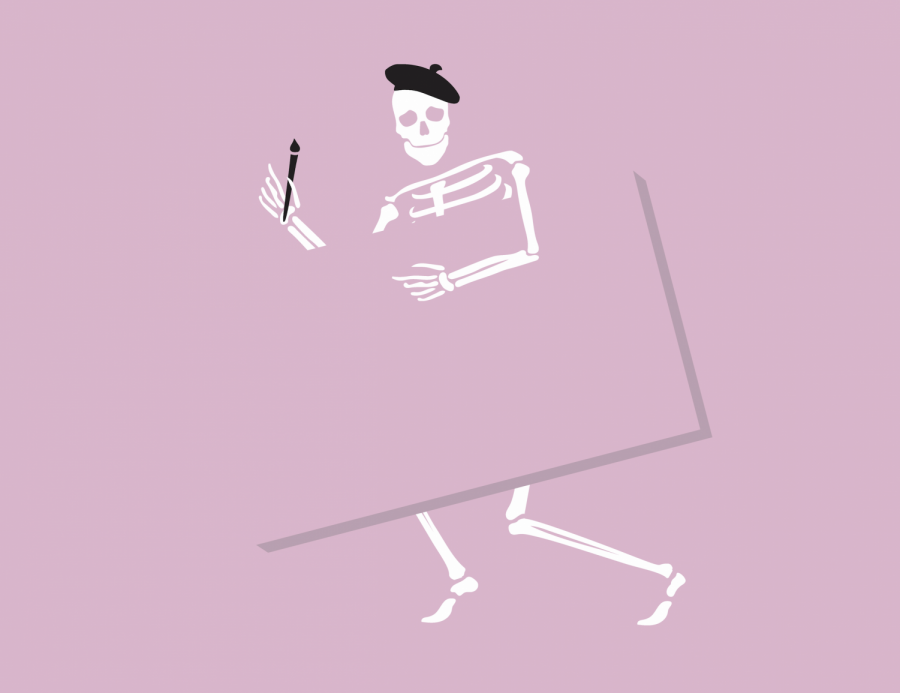 On March 31, 2019, students were stunned when a creature long assumed to be myth was spotted at the Ildiko Butler Gallery. In Fordham Lincoln Center folklore, Visual Arts students are said to be shy, reclusive and nocturnal, primarily inhabiting remote environments like the “Visual Arts Complex” and the “Push Pin Gallery.” Many students have risked their lives attempting to summit these mythical locations. Suddenly, one Visual Arts major had stumbled into plain view.

Many sightings of these elusive creatures have been claimed over the years, but most have been proved to be either lost NYU students or just vegans.

This one was different. Witnesses report that the Visual Arts student was seen contemplating the artwork in the gallery, one hand stroking his chin, the other wiping away tears. Experts surmise that in that moment, he had realized just exactly how much money he was spending to gain an art degree at Fordham, a university whose idea of design includes art deco rugs in Quinn that have been accentuated with unidentifiable stains and the morning-after-Rose-Hill-vomit” green hallway in the Law School Building.

Footage of the alleged Visual Arts student was posted on the Fordham Barstool Instagram, but the skeptical Rose Hill poster alleged that the sighting had been faked in order to oversell the scope of Lincoln Center’s natural wildlife beyond McMahon rats and black mold.

Though I did not actually catch a glimpse of the Visual Arts student — students have named the creature of myth  “The Sasquartist” — I was in the Lowenstein lobby at the time.

Upon hearing the commotion in the Ildiko Butler Gallery as students rushed to take selfies with this creature of myth, I joined them, unsure of what I would find. By the time I managed to push my way through the crowd, the Visual Arts student had vanished.

But what I did see shocked me — a footprint in a spilled guava-quinoa shake on the floor, and a juul pod that had been whittled from bamboo lying several feet away. I had zero doubt. Only a Visual Arts student could be capable of such postmodernism in the digital age.

Since the sighting, I have started collaborating with Fordham’s Filmmaking Club to film a documentary about Visual Arts students to prove they’re real, not just a myth created to scare badly-behaved Gabelli students. Legends say that if Gabelli students embezzle funds or conduct insider trading, a Visual Arts student will break into their dorm and graffiti “CAPITALIST PIG” onto their foreheads.

Our new theory suggests that Visual Arts students’ slipperiness is a response to the threat of the Theatre Program’s unregulated growth. While Visual Arts students are in fact the stronger cousins of the Theatre Program, the sheer mass of Theatre majors has caused the Visual Arts majors to fight for their very survival. Because of this competition for resources, we propose that these poor, poor souls should be placed on the Endangered Majors List.

This investigation is still ongoing. Anyone with information should contact me, and we can work together to uncover the truth surrounding one of Fordham Lincoln Center’s most cryptic species.