Ancestral Wealth Gets Me Again 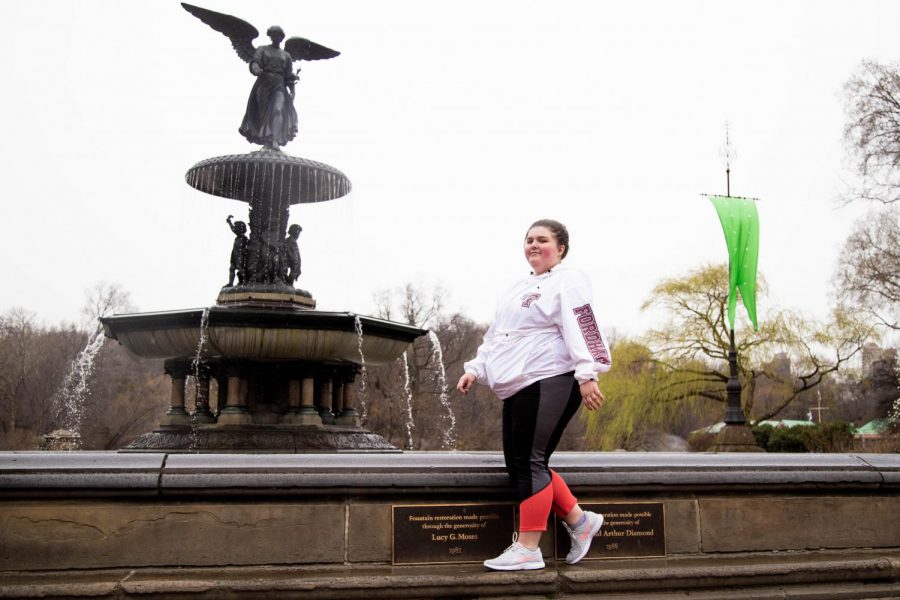 The writer, making her money moves.

Recently, it came to my attention that I am broke. New York is expensive and I was never that rich in the first place, so things have only gone downhill upon my arrival at Lincoln Center in September. I applied to several local businesses, and even once stole a Trader Joe’s uniform in the hope that they would assume I worked there and just start paying me. Alas, none of it worked. As a result, I tried to adopt the habits of rich people in hopes that I miraculously acquire wealth as they have.

There were a few obstacles I faced. First of all, I was not born into an outlandishly wealthy family, so ancestral wealth was out of the question. There would be no Nicole Rockefeller on her yacht in the summer. Secondly, I have no business skills whatsoever, so anything I started would fail almost immediately. This leads to my third point, which is that I am of average intellect. Unlike Bill Gates, Steve Jobs or Jeff Bezos, I am not a human calculator and struggle with even the most basic algebra.

But then I stumbled upon it. The golden ticket. The grand prize. While browsing a close-knit, Texas Moms Motivational Quote Facebook group, I saw an especially touching post.

Aerin Lauder, one American billionaire, said that her day “typically starts with an early-morning walk through Central Park.”

“It’s a nice moment of calm before my routine starts,” she said. I could easily do that. If walking through Central Park every day was what was needed to become rich, then so be it. I would attack Central Park with the stride of champions and the briskness of a lazy Usain Bolt.

After emailing all of my teachers to inform them that I would in fact be dropping out of all my classes (as having Central Park walking money handed to me left and right would render a college degree useless), I set to work.

Two hours into my first outing, as I ran around the same tree screaming, I found myself completely lost. I had grossly overestimated my navigation skills, having thrown my Central Park map into a dumpster fire a mere hour earlier in a fit of megalomania.

I tried the only thing that I could think of to find my way back home: I repeatedly said the word “money” under my breath in the hopes that I would magically be transported out of the forest. Lo and behold, after doing this for six hours, I was.

By a search and rescue team that had been sent to find me.

As I was taken away on a stretcher in a state of exhaustion from spending six hours in the park, I realized that I had walked all of Central Park. I was in exactly the same location that I had started, which must have meant that I had walked a full loop. I had walked so much faster than I anticipated. I thought of the stack of bills that must be waiting on my bed. I knew that my bank account now had more than 45 cents in it.

The following day, after being questioned by the police for “disturbing the peace in the park” (whatever that means), I ran to my dorm only to discover two things. The first: there was no money on my bed. In fact, there was a bill on it from my roommate for “emotional damages.”

After throwing that in the trash, I saw a tube of lipstick on my desk. The brand: Estee Lauder. The name sounded familiar, and it was then I realized that Aerin Lauder is the heiress to the Lauder brand. I was a fool. Ancestral wealth had trumped me again. “Aerin Lauder, using her obscene wealth, must have found out that I had been trying to join the ranks of the rich and sabotaged me so that I could not become one of them.

If anyone currently wishes to find me, I will be in Central Park looking for an alternative means of revenue. Should anyone wish to be taken on a tour, look no further than me, the Nature Queen Extraordinaire. It only costs $400. The experience is frankly so easy, it’s a walk in the park.