Student Immerses herself at GO! Cuba 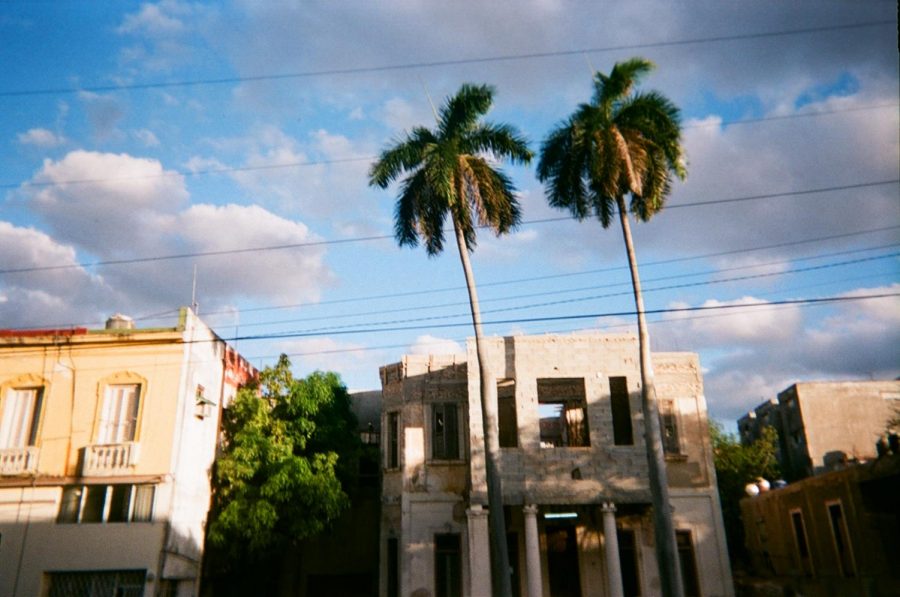 GO! Cuba offered students the opportunity to emerse themselves in Cuban culture and learn about Jesuit values.

I stepped off the plane in Havana, Cuba, accompanied by a group of 11 people I would grow to rely on throughout the next seven days, unsure of what the week would bring. None of us had been told a tentative schedule of what we would do during our stay in Cuba.

The trip entailed many trips to various churches and Loyola Centers. When we found out this was going to be a main focus of the project, the news was received with mixed emotions, as our team comes from a very diverse range of religious backgrounds.

On the first day of the project, we met with the parish of our host church so that we could have a dialogue about the work of the Jesuits. A woman asked us how our Jesuit education differed from other non-Jesuit universities. I had heard the question before in lectures from unenthusiastic professors, but never from someone who genuinely wanted to know the answer so she could take pride in something that she was a part of. I started to think differently of what it meant to be in a Jesuit space.

As we spent more time touring the Loyola Center, it became glaringly obvious how impactful their work is to the community. After the 1959 revolution, there was supposed to be an emphasis on improving the medical and education systems, but under the oppressive regime the infrastructure of the country began to crumble.

The Jesuits do all they can to alleviate the struggles of the people. Almost everything in Cuba is hard to access, so the provision of donated items such as clothes, laundry detergent, soap, toothpaste and food is invaluable. It was shocking to realize that obtaining such simple yet necessary items could be so difficult.

We were told that if you wanted groceries, you would have to ask someone, who would then tell someone else, who needed to get in contact with another person, so that they could tell someone new, and then maybe a week later you would finally get your groceries.

From after-school games for children to internet literacy classes for adults, the Jesuits provide a wide range of educational opportunities to the Cuban people. There are entire teams of people conducting social outreach research to figure out how to best serve the community.

Our team sat in on an introductory English class. We all exchanged introductions — we were surprised by how advanced the students were. One student explained that he was a professor at the University of Havana and is doing research on ocean pollution and products that could alleviate the issue.

It was incredibly difficult to learn about how much the people were struggling and to see it in front of us, but not be able to do anything about it. The trip opened all of our eyes to the immense privileges we have and how much we take for granted.

When I signed up for this project, I was told the things that I experienced would have a profound impact on me in ways that would be difficult to put into words. Even weeks after the fact, I am still trying to process everything I went through, trying to catalogue every detail so that I never forget what I learned.