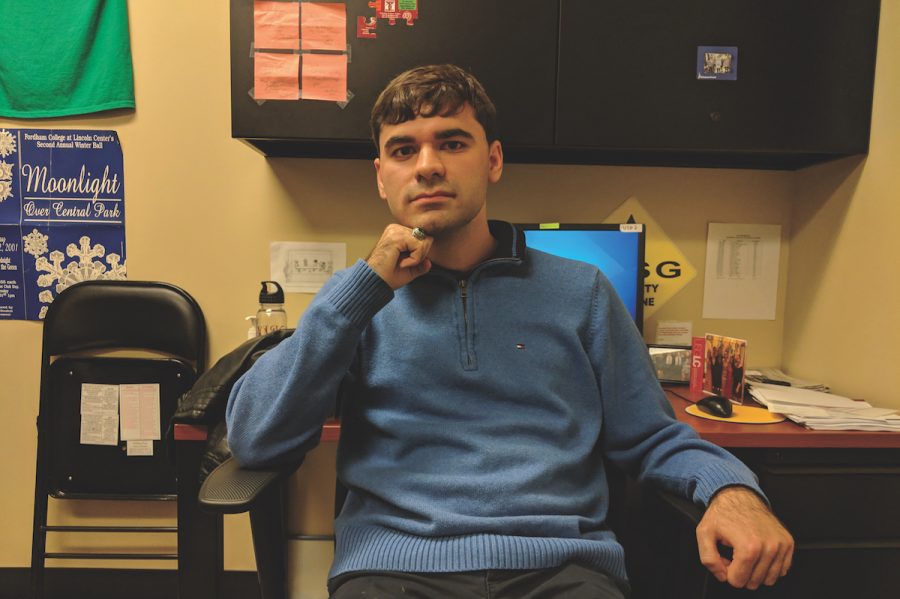 USG President Demetrios Stratis, FCLC '19, said that the reason for initially withholding the vote tallies was to avoid a public reaction to the results.

UPDATE (2:36 a.m., April 10, 2019): A previous version of this article stated that current members of USG refused to release the 2019 election results. Since the original article’s publication, USG has released the numbers. The following revised article reflects events as accurately as possible.

For the first time in four years, Fordham Lincoln Center’s United Student Government (USG) has decided to release the tallies for election results.

According to USG President Demetrios Stratis, Fordham College at Lincoln Center (FCLC) ’19, “We spoke, we revised our opinion and there it is for everyone to see. This is for the sake of the student body for the public and also to establish that the results speak for themselves.”

The decision comes after a highly contested race between Tina Thermadam, FCLC ’20, who emerged victorious as President over Austin Tong, Gabelli School of Business (GSB) ’21, and Robert Stryczek, GSB ’21, who defeated Ellen Song, FCLC ’21 for the Vice President Position.

Originally, members of USG had claimed that they withheld the results to avoid a public reaction. “Basically, we want the USG to go on with its business,” Stratis said. “And we’re trying not to make a public thing out of it.”

He warned that the numbers could embarrass certain candidates. “Trust me, if you saw the numbers,” he trailed off.

USG has released statistics on voter turnout in the past, including in 2015 when Leighton Magoon, FCLC ’17, won his first of what would be two terms as USG president. The Observer reported on the low turnout and broke down the numbers by both class year and college. More than twice as many students voted this year than they did in 2015.

Magoon, who is now a patron services representative at Rochester Broadway Theater League, was surprised to learn that the tallies were not publicized. “I’m very shocked that they wouldn’t be available somehow,” he said, speculating they might be accessible through the Office of Student Involvement.

None of the USG members were able to provide a reason for why numbers stopped being reported.

Wenzel is also the advisor to The Observer.

Before the numbers were released, Thermadam stated she believed that “USG must have come to this conclusion bearing strong reasoning.” She explained the need for careful review among the entire USG body.

“If the senate feels like the change was made for the right reasons we will uphold it. However, if we find out that this decision was made for the wrong reasons, I do believe that it is not a transparent choice,” she added.

Vice President Katina Smith, FCLC ’19, said in an interview before the release that it is “very normal” for the Lincoln Center USG not to release these numbers. She explained that it is “well within the realm of the election committee,” which is comprised of seniors in USG, to do so.

The Elections Committee, however, failed to maintain consistency in its own procedures. Stratis originally claimed that he would not release any statistics about the election, releasing only the names of the winners.

According to Stratis, however, he privately disclosed to the winning candidates how close the race was.

USG’s constitution notes that all student members of the election committee are responsible for “tabulating election results with the assistance of the USG advisor.”

Wenzel was not present for the ballot counting process, a responsibility she holds as a member of the committee. Instead, she instructed Daniel Patterson, associate director for first-year experience, to oversee in her place.

However, the three senior members, Stratis, Smith and Valerie Yang, FCLC ’19, counted the votes in the USG office alone without Patterson. Wenzel told the committee to reach out to him only if they had questions. Patterson said they did not contact him.

The Rose Hill campus student government has historically always released its election tallies, according to its president, Connor Sullivan, Fordham College at Rose Hill ’19. A 2017 Fordham Ram article reported the specific number of votes cast for each candidate.

“I believe that releasing vote totals allows for the campus to understand involvement in elections and the issue of apathy,” Sullivan said. “But I think it all comes down to a discussion of transparency: Why shouldn’t the student body see the results of the election they participated in?”

No candidate has challenged the results of elections.