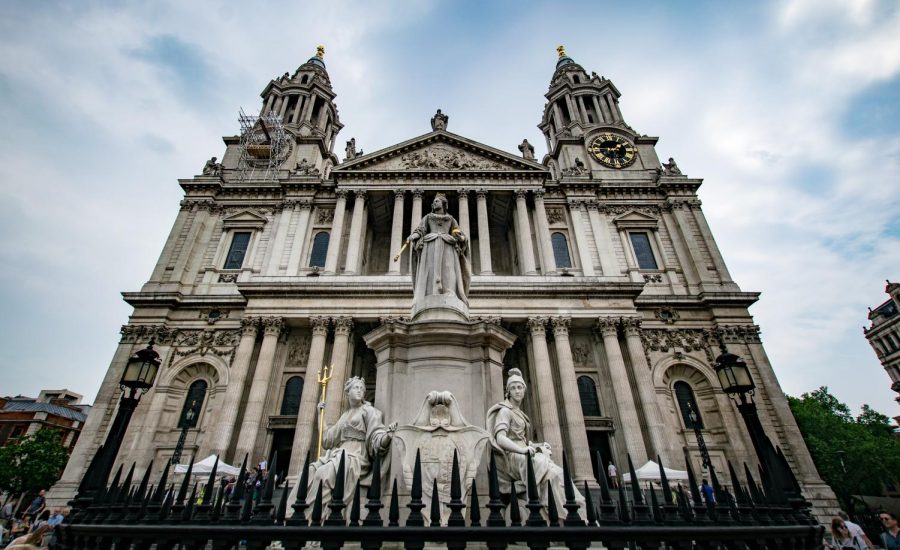 London and New York are cities that have differ in underground transportation and pedestrians, but they both have breathtaking views.

Every Fordham student knows the words “New York is my campus. Fordham is my school.” But what about our oft-forgotten fourth campus? For the last 15 years, Fordham has maintained a small campus in London, which is far closer to the original York than New York. Students who study abroad at Fordham University London Centre, such as myself, have a rather different day-to-day experience living across the pond. These are some of my takeaways after three months in the U.K.’s capital city.

How different can two subterranean rail networks really be, right? Wrong. The tube is like the subway’s favorite older brother. He is clean, usually on time and he’s good at his job, but he also goes to bed early and never has much fun.

As far as commuting goes, the London Underground is far superior to the New York subway. The trains come every few minutes (at peak times often every minute) and they’re kept impeccably clean all day long. The seats are cushioned and comfortable, and some even fold up to make more room for standing during rush hour. Even the delays are never too long.

However, the tube is seriously lacking in two ways. First, most of the system shuts down around midnight every night. The only exceptions are the five lines that run at night exclusively on Friday and Saturday. Going to bed early might be the secret to being productive during the day, but it doesn’t leave much room for late nights out on the town.

The second issue with the tube is that it just isn’t as fun. People don’t talk on the tube — everyone just listens to music or reads a book. It’s uncomfortably silent even when packed full. And there are rarely any performers or musicians.

Sure, watching the hat-flip-off-the-shoe-onto-the-head trick every time you take the D train between 125th Street and 59th Street gets pretty repetitive. But at least the subway is constantly filled with free entertainment and occasionally good live music. There’s a reason that footage from the Underground hardly ever makes it on the popular Instagram account, Subway Creatures. It’s simply just not as fun as New York City.

In many ways, Londoners are not all that different from New Yorkers. Something about living in equally large cities unites the two groups. Yet, Americans distinguish themselves from their English counterparts in a few ways.

We’re used to talking loudly in the streets as we walk with our friends or coworkers. Londoners try to fly more under the radar with voices that maintain a conversational volume. You can hear the American accents cut through the air long before you see them.

Second, New Yorkers walk faster. This may come as a surprise to Londoners, as they do walk incredibly fast. By European standards, Londoners are track stars in the streets. New Yorkers are just a bit quicker. This becomes most obvious when crossing streets. New Yorkers don’t even slow down as they step onto the street, cars whizzing past as pedestrians weave their way through traffic.

Londoners will usually wait at street corners until the walk signal turns green and the walking stick figure appears. This is most likely because of the tendency for London drivers to speed up when a pedestrian attempts to cross the road improperly.

Too many times have I judged a street crossable when the far-off car moving towards me floors it, the driver smiling as I suddenly run to the opposite side to avoid the impending “accident.”

Third, and most importantly, Londoners don’t seem to like dogs. In New York, it seems as though everyone who’s anyone has a dog to walk. The city sidewalks are filled with every kind of dog imaginable — from huge great danes to tiny chihuahuas. Londoners all seem content to have mostly small and some medium-sized dogs, though most apparently have none at all. It’s rather disappointing to go for a walk and not even spy one furry friend to smile at and possibly even be allowed to pet.

The most obvious difference between the London cityscape and New York is the height. As of January, New York City has 273 skyscrapers (buildings more than 150 meters tall). London has a mere 19. To give a sense of what that looks like, that number ties London with Seattle and Boston. However, it is by no means lacking in impressive architecture. London’s buildings are often beautifully ornate, but shorter than the glass and concrete monoliths of New York.

The London sidewalks are also visibly different. They lack one essential component of the New York cityscape: heaping piles of garbage. The streets of London are immaculate compared to those of New York, and it is not because of their rubbish bins. In fact, most trash receptacles were removed from London’s streets because of their potential to be utilized by terrorists.

The good people of London just appreciate a clean city and are less inclined to throw their trash into the gutter. Even the tracks of the Underground are clean, a far cry from what can be said about the subway. We New Yorkers could certainly learn a thing or two from Londoners about the responsibility we all have to keep our city clean.

It seems as if everyone in London lives right around the corner from a park, and people use them every day on lunch breaks and after work as places to relax, read or just hang out.