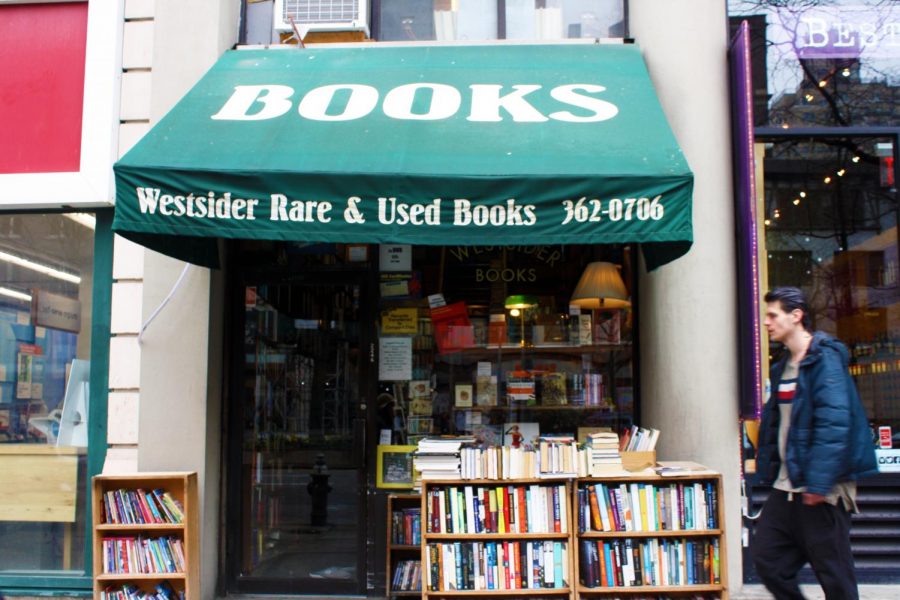 After being on the brink of closure, this Upper West Side treasure is back in business thanks to help from the community.

In January, when Dorian Thornley, owner of Westsider Rare & Used Books, announced the store would be closing when he couldn’t make rent, it seemed like the end for the 35-year-old shop on Broadway and 80th Street. Now just two months later, the store is thriving.

When a reporter from the West Side Rag asked Thornley if there was anything that could keep him there he responded, “I guess if somebody did a crowdfunder and raised $50,000, I’d do it. Don’t see that happening though.”

Just two days later, Upper West Side resident Bobby Panza did just that. After reading countless comments of disappointment from locals online, Panza started a GoFundMe page to save the shop. Within days, the community had raised $54,000 from 855 donations that ranged from $1 to $10,000.

The rapid and generous response from the public proved just how beloved the shop is by the community. “It’s the last of its kind, certainly in this neighborhood,” Thornley said. “They’ve been coming here for years and they just like the way it looks, like the way it feels and they like our selection.”

With the donations, Thornley paid back rent, bought more new (used) books and has been focusing on strengthening the store’s advertising. “A lot of people are trying, I think, to make a conscious effort to make it over here and spend a little bit of money as opposed to just loving it from afar.” Thornley said. “So business has been pretty much back to normal.”

Olivia Lucas, Fordham College at Lincoln Center ’19, has worked at the shop since September 2017. For Lucas, just being around the books and seeing what customers are reading makes it the ideal job. With its floor-to-ceiling shelves of old books, rolling ladders and lack of recorded inventory, the store certainly has an old-fashioned charm. Lucas explained that having no inventory necessitates a “wandering” experience that can’t be found at other bookstores. It’s one of the few places in the area that has maintained the feeling of the old Upper West Side.

“I think that people want community in the city,” Lucas said. “People who love to read like to find other people who like to read and are interested in the same things. Because the store is so physically small, it forces people to interact with one another.” It was these unique features of the shop that made the community refuse to let it go.

Working alongside Thornley, Lucas has restructured the store’s marketing plan and bolstered its social media presence. She runs the shop’s Instagram page, which has been rapidly gaining new followers since January. Lucas shares photos of new arrivals and any especially rare finds in the store.

“It’s exciting to see all of this work kind of come together,” Lucas said. “I’m learning more about behind-the-scenes in business.”

With some reorganization, Thornley has cleared up more space in the upstairs mezzanine to host more events. Just two weeks ago, the shop held its successful first book club meeting in the space. The group will discuss the novel “Eleanor Oliphant is Completely Fine,” by Gail Honeyman, at its next meeting.

Thornley is also considering holding a short story writing contest in which winners would be published in print by the store.

Things have been looking up for Westsider Rare & Used Books. “It’s getting busier and busier. I think that people are getting excited about it again,” Lucas said.