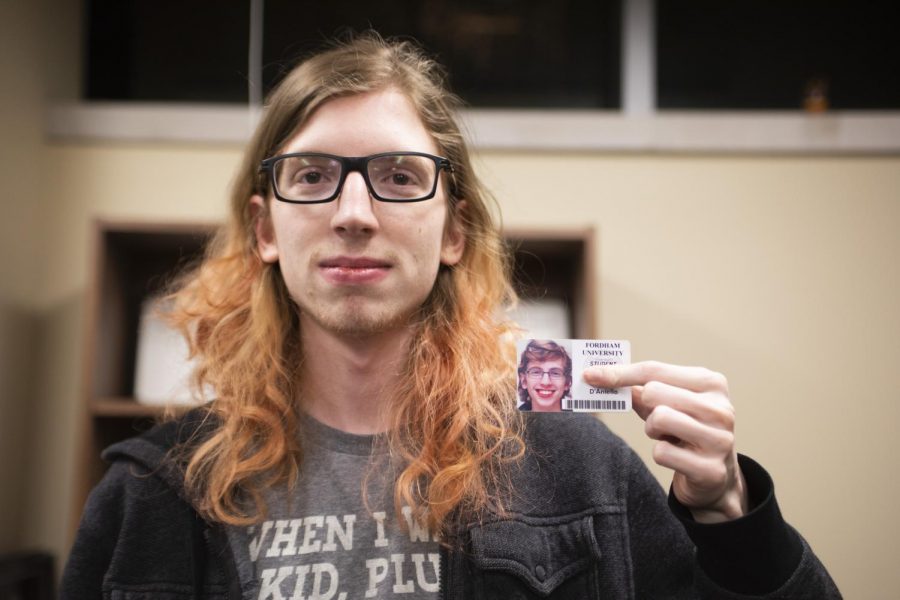 Community members like Kassandra D’Aniello, FCLC ‘21, who is transgender, will be able to obtain new IDs.

A university-wide chosen name policy is in development and is expected to be fully operational by the start of the fall 2019 semester, according to Chief Diversity Officer Rafael Zapata.

The policy will give all Fordham community members the option to choose a name that will appear in place of their birth name in many places within the school.

Some areas that will be affected are ID cards, class rosters, Blackboard, Gmail and other Google services. New ID cards will be available to students free of charge.

The new policy has been in the works for a year now, Zapata said, and members of the administration fully back the change.

“People understand the policy, the spirit of it,” Zapata said. “It’s supported by the administration, the president, colleagues of Student Affairs, the provost … Folks have been great, students have been great. My colleagues on the Academic Records Committee and other parts of the university have been incredibly supportive.”

The idea for this change was first suggested by a graduate student, Zapata said. When Zapata first arrived on campus in January 2018 as the university’s first chief diversity officer, he sent an email blast to the entire community asking them to reach out to him with suggestions for how the university community can be improved. The graduate student responded with the suggestion for a chosen name policy, as some schools, including New York’s own Columbia and NYU, currently have.

Notably, Fordham’s policy will refer to a chosen name, not a preferred name. “For some people, particularly those who identify as trans and/or non-binary,” Zapata said, “the importance of choosing — agency — it’s a subtle but very important difference.”

In addition to transgender students, the university will offer this new option to international students and community members who prefer an anglicized or Americanized name, people who prefer to be known by their middle name rather than their first, or any community member who prefers a different first name.

The policy will not have an impact on external or legal documents, as the university has no power to alter them. These include official transcripts, W-2 forms, tax forms and any other similar documentation.

One of the only hurdles left is on the technological side. Fordham IT has been making logistical preparations to launch the new policy since last year, Zapata said. Progress reportedly slowed down after the death of Provost Stephen M. Freedman in July.

Despite these setbacks, Zapata is confident that the services will roll out gradually, with all systems fully operational by September.

Elizabeth Cornell, director of IT communications at Fordham, confirmed that IT will “comply with and implement” the new policy. “When the policy goes into effect,” she said, “Fordham IT’s role will be to enable systems (such as Gmail and Blackboard) to display the preferred name and ensure it appears in the systems as seamlessly as possible.”

Zapata offered praise for the transgender students who have advocated for change like this at Fordham. “The trans rights issue is certainly at the forefront,” he said, “and they deserve a lot of credit for engaging the administration, engaging my office, about the importance of this issue.

“People want to be their authentic selves,” he added. “We want people to know our names. I don’t know what can be more fundamental to who we are than the name we go by.”

The policy is expected to be finalized by the end of April and implemented by September 2019.