Theatre Director to Step Down, Will Stay at Fordham as Head of Acting Track and Professor 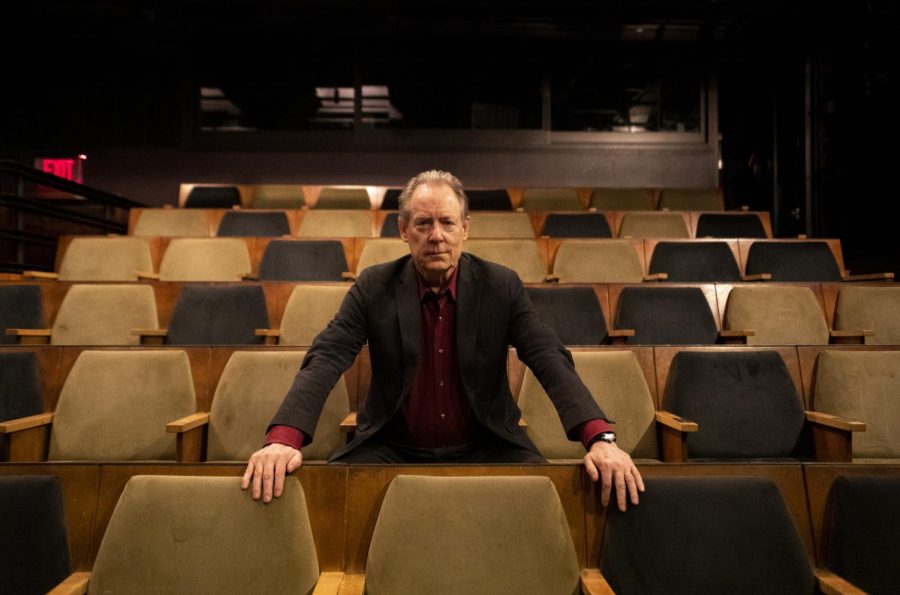 Maguire has spent the past 26 years at Fordham, the last 13 as director of Fordham Theatre.

For the last 26 years, Matthew Maguire has called Fordham University home. For the last 13, he has been at the helm of the school’s famed theater program, based at Lincoln Center. Now, he is stepping down as the program’s director, staying on as both the head of the acting track and a professor in multiple Fordham colleges.

The change, a decision which Maguire made himself, comes as Fordham Theatre is set to put on the final play under his direction for the program, “Mr. Burns,” which will show in mid- to late April.

Maguire already headed the acting track simultaneously with his position as director. The head of acting oversees recruiting freshman acting classes: Maguire organizes annual national tours that narrow down nearly 600 candidates to a class of 20 to 24 acting students. He also hires professors and teaches some courses himself.

Since he is not leaving Fordham, Maguire’s tenure line is not available for the next director. In an unusual move, the university has created a new tenure line for the new director, which Maguire called “an enormous vote of support for the theater program.”

Maguire made the decision to step down as director at what he says is the peak of his career. “I never want to get to the place where anyone is quietly disappointed in me,” he said.

Speaking in sports metaphors, he said that while Willie Mays played too long into his career, Mariano Rivera retired while still playing well. “He’s the first person to ever crack that unanimous vote,” he explained, referencing Rivera’s historic first 100 percent vote into the National Baseball Hall of Fame.

But his passion for teaching at Fordham remains. “If teaching is to be able to share with others why you love what you love,” he said, “then I’ve got plenty of good years left in me. But I also want to be able to continue to keep my balance as an artist.”

That artistry, for Maguire, is currently a long-term theatrical project: Maguire has been working on an adaptation of Goethe’s “Faust” for the past two years with the Mabou Mines company, located in the East Village. He emphasized the impact that this show has had on his creative drive, but it has also helped him realize his desire to step down as Fordham’s theater director.

“This momentum I’m having at the moment with this production of ‘Faust’ has inspired me,” he said. “I want to keep going with that. One project leads to another.”

A hiring committee will narrow down the search for the next director to a small number of finalists. Once that list is completed, a student committee will be convened to vet those candidates.

Stefanie Bubnis, associate director of the program, stressed the significance of the students’ role in that process. “The students are obviously the most important part of this equation,” she said. “Without them, we’d be nothing.”

Maguire made it clear: “I’m not going,” he said many times. “I love teaching so much. I’m not leaving.” But he did acknowledge that in this change within Fordham Theatre, “any direction different than me is new.” What that direction might be and who the new head of the program might be are both still unknown.

“We’re looking for the same things we look for in students that we recruit: curious, risk-taker, in love with community,” he said. “We have a list of about 40 people in mind at the moment, and it’s very broad.” Directors, actors, playwrights, designers and even producers are all possibilities for a new face of the program.

Maguire also believes that the new director must be able to handle both Fordham work and external non-Fordham projects, just as he has done throughout his career. “The reason why the theater program is so successful is because people are working artists,” Maguire said. “That’s really necessary.

“The person who has the ability to juggle a working professional career with the demands of this job — that’s crucial,” he added.

For Bubnis, the new leader should be “someone who would be calm in the midst of chaos, because it’s very busy,” she said. “We’re basically running a theater company and an academic program all in one.”

She went on to emphasize the fact that the new director must meld the traditions of Fordham theater with a unique approach to the creative vision of the program. “Keep the foundation as it is, but build the building a little higher, and maybe in a different way.”

“I hope it would be a woman,” she added. “The majority of our students are women. I just think it would be interesting to see what that sensibility would bring.”

No matter what happens next, Bubnis sees a bright future for both herself and Fordham’s theater program. “I just hope I can continue that love,” she said. “Love for Fordham and love for the theater — and meld those two together.”

Eva Badowska, dean of faculty of arts and sciences at Fordham, who has been working closely with Maguire during this transitional period, said that his “leadership of the program has brought it to great prominence.” As far as the future goes, she said, “we are busily discussing how to support the program’s continued success.”