Fordham Theatre seniors give their all in the Performance Showcase 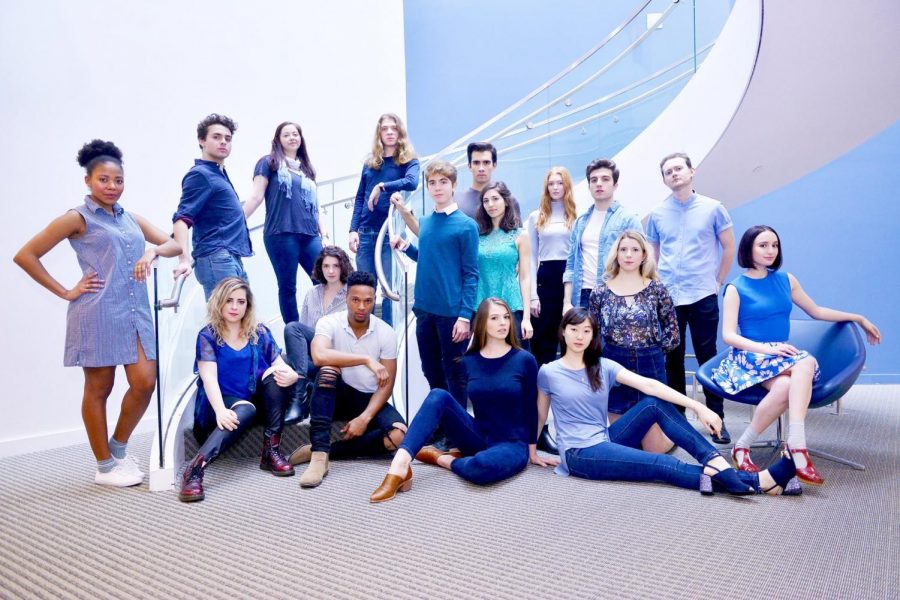 Engagement rings, classic oldies and a tray of aspic convened in the Veronica Lally Kehoe Studio Theatre on March 11 and 12, as Fordham Theatre’s class of 2019 mounted their senior Performance Showcase.

The house was near full with family, friends and industry professionals for each of the three performances. The theme of the showcase was “I’ll Play,” and in the course of the hour-long revue of short, two-person scenes, each of the 17 performance majors played two characters. Some were jilted lovers, others bickering siblings, hairdressers, drag queens, lawyers and of course, actors.

Each scene depicted a poignant moment in everyday life. They explored all kinds of emotional play, from fun romps between new friends to the struggle of whether or not to propose to someone who plays with a character’s emotions.

The short showcase was the culmination of almost a year’s worth of preparation and rehearsal. The development process began in the fall with the Senior Audition 1 class. The seniors met industry professionals, got headshots and began to peruse plays for scenes they wanted to explore.

“We read a lot, we submitted a lot, scenes got rejected a lot,” Avalon Christie, Fordham College at Lincoln Center (FCLC) ’19, said. “In the end it was important for everyone in our class and for our director, Maria-Christina Oliveras, to ensure that we all were in scenes that we loved.”

After choosing their scenes and scene partners, the performers had to put their pieces together to build a cohesive showcase. They rehearsed their scenes with each other and with Oliveras throughout the spring semester.

All the preparation led to tech weekend, in which the students and stage manager incorporated the design elements and smoothened the transitions between scenes — that is, this was the time when fan-favorite songs like “Surfin’ USA,” “Eye of the Tiger” and “That’s Amore” officially became part of the show as interlude music.

The purpose of the annual showcase is to display students’ skills and work for the industry professionals who make up the audience. Above all, the showcase serves as more than a career pitch, though. It is also a labor of love for the students themselves.

“This year has been about not only how we wanted to present ourselves individually as artists, but making sure the quality of work in the showcase lived up to the standard we’ve held for our class as a whole,” Marc David Wright, FCLC ’19, said.

The work displayed in the showcase goes beyond their senior year preparation — it reflected all they have learned since they were freshmen in the program.

“The best part of the experience for me was going through the process with my class, and getting to celebrate the four years of training that we had together,” Christie said.