‘Eternal Sunshine of the Spotless Mind’ at 15: Meet Me in Montauk 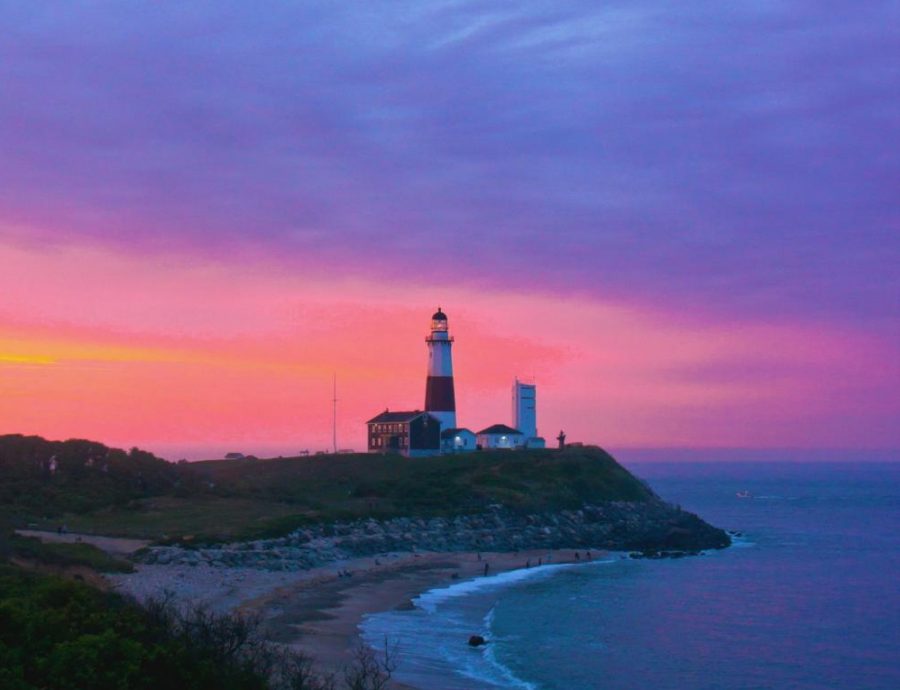 Much of 'Eternal Sunshine' was not shot right in Manhattan, allowing other New York locales like Montauk time on the silver screen.

“How happy is the blameless vestal’s lot! The world forgetting, by the world forgot. Eternal sunshine of the spotless mind! Each pray’r accepted, and each wish resign’d.”

Whenever Charlie Kaufman writes or directs a movie, people pay attention. Kaufman’s films are strange. Take the inexplicable “Being John Malkovich,” about a doorway that leads into the literal headspace of Hollywood actor John Malkovich, or the satirical “Adaptation,” which stars Nicolas Cage as Kaufman himself (as well as a fictional twin brother) as he struggles to adapt a novel into a film.

Kaufman might be a bit of an oddball, but he’s always trying to say something, trying to get at human truths through his very particular lens of surrealist comedy.

In 2004, he created what might be one of the best romance movies of all time: “Eternal Sunshine of the Spotless Mind.” Released in March of that year, it is almost 15 years to the day that the film premiered in theaters.

It is not exactly a typical romance, but it is an important one that still deserves to be seen by a wider audience. Those at Fordham, particularly students in the infamously insular and cramped community of its Lincoln Center campus, could learn some lessons from its flawed, imperfect characters and the insights it has into the cyclical nature of relationships.

This is helped along by the bizarre kind of story that only Kaufman could have written. Joel Barish (Jim Carrey) and Clementine Kruczynski (Kate Winslet) are a couple who used to be in love with each other but have gone their separate ways after a harsh breakup. When Joel tries to repair the relationship, he discovers that Clementine has no memory of who he is or that they were ever together. This starts Joel down a rabbit hole leading to the discovery of a doctor who can erase people’s memories and leading him to question just how real his fractured reality has become.

It is all very typically Kaufman in how untypical the story is. It is told in a nonlinear fashion — even using this lack of linearity to satirize formulaic romantic comedies. The story is told in near reverse order, beginning with the wounded relationship and ending with them freshly falling in love, which mimics how most rom-coms start with the pair hating each other before liking each other.

Of course, this is a New York story as well, lest we forget there is only one place in the world where extraordinary things consistently happen to ordinary people. One has to commend Kaufman’s decision, however, in mostly setting the tale outside the city. While the doctor’s office is in New York City, most of the story actually takes place in various locales of Long Island. The scenic beaches of Montauk and the long stretches of suburbia glimpsed on the Long Island Railroad give the film a lazy, subdued feel in spite of the breakneck speed of its plot.

Carrey plays Joel as an intensely ordinary person with almost no defining characteristics, while Winslet’s Clementine is a very much not-ordinary person whose dyed hair and bright fashion sense bring color into Joel’s life. However, Kaufman is too clever of a writer to write archetypal characters, and so the film quickly begins to deconstruct the idea of the Zooey Deschanel-esque manic pixie dream girl.

Both Joel and Clementine are incredibly complex.This is a good thing, too, because this film features easily one of Carrey’s best performances. Usually cast in slapstick movies like “The Mask” or “Ace Ventura,” “Eternal Sunshine” proves that he has dramatic chops, too. Joel is soft-spoken, neurotic and depressed, and Carrey sells each sob, distant stare and incredulous expression.

Winslet plays Clementine with a forwardness and directness that, at that point in her career, would have seemed a far cry, especially from the girl who played the melodramatic Rose in “Titanic.” Both leads absolutely bring their A-game.

The movie is visually stunning, funny in the most bizarre ways and wields a heart in spite of its cynical-seeming exterior. “Eternal Sunshine of the Spotless Mind” may not be an ordinary romance, but it is one that everyone should see and is a perfect movie to get into the odd filmography of its scribe Charlie Kaufman. And for you would-be hopeless romantics? It may just satisfy a deep longing for a film that so thoroughly speaks your language.