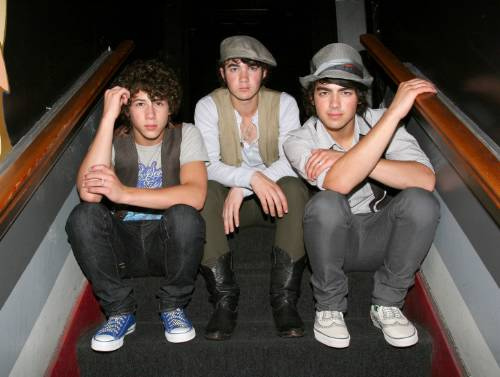 We college students grew up on the Jonas Brothers since their early years, and a decade later. we're still suckers for their music.

It’s been about 12 years since I first heard of the Jonas Brothers, and now it’s time to finally admit it: I’ve always been a sucker.

I have vivid childhood memories of my cousins waxing poetic about how hot the JoBros were (read: how hot Nick was) and blasting “Lines, Vines and Trying Times” at full volume during sleepovers. Alas, I was one of those annoying hipster children who rolled her eyes at every mention of the band, who had to hate them just because so many girls liked them. Secretly, I’d caught the lovebug just as bad. Their songs were infectiously catchy and I had to admit, Nick was kind of hot.

I allowed myself to openly like “Burnin’ Up” only to appease suspicion (and give my cousins some reason to keep playing the brothers’ music around me). But I was always paranoid that the true depth of my obsession would be discovered, and I would be exposed as nothing more than a tragically basic eight-year-old. The horror.

By the time I was done being a hipster child, the Jonas Brothers had faded from the limelight, so I rarely thought about my feelings towards them — until Feb. 28, 2019, the day the boys released “Sucker.” It was then that I realized that I have a lot of unapologetic Jonas-loving to catch up on.

And it seems to me that love is needed now more than ever. The return of the Jonas Brothers evokes a simpler era when the biggest worry in our lives was whether we’d finish our homework in time to watch “Jonas” on Disney Channel. Waiting impatiently for a “Sucker” follow-up, I feel like that child again. The nostalgia is refreshing in the midst of the pressing demands of college and the tumultuousness of the world.

Not only that, but this reunion is still so new, so fragile. So many of the JoBros’ recent interviews are riddled with loaded questions: “Why did you break up?” “Would you sooner buy a Nick Jonas or DNCE album?” “Do you think you’re a better singer than your brothers?” That’s to be expected — it’s the interviewers’ job, of course. This unexpected reunion is juicy, and it is fun to watch brothers josh each other. Tension makes great entertainment.

Luckily, the brothers take it all in stride and always bring the conversation around to how glad they are to be back together. But I can’t help but worry that the day will come when playfully pitting them against each other will go too far, that some oddly worded question will sow real tension and a fresh “JoBros Break Up” headline will explode across the front pages of tabloids nationwide.

Dare I say it, there might be those who want exactly that. It doesn’t matter whether they love or hate each other, they’d say, as long as it gets publicity. These adults didn’t grow up on the Jonas Brothers’ music the way we college kids did. They can’t fathom how deeply disappointing it would be to see the band go slipping into the lava once more.

But I have hope, and it lies in you, o students. The day the release of “Sucker” was announced, I saw upwards of 25 Instagram stories in a row (besides my own) in which people professed their excitement, and the sight filled me with joy. We’ve set the “This is Jonas Brothers” Spotify playlist as our workout music, hummed the tunes in the halls and conversed about how it’s high time that Kevin finally gets some recognition. I’ve already seen it all just here at Fordham, and I can only imagine the buzz circulating throughout colleges all over. So keep up the Jonas-loving, everyone — the music world needs all it can get.