Living for Laughs: How Comedy Can Positively Impact Your Mental Health 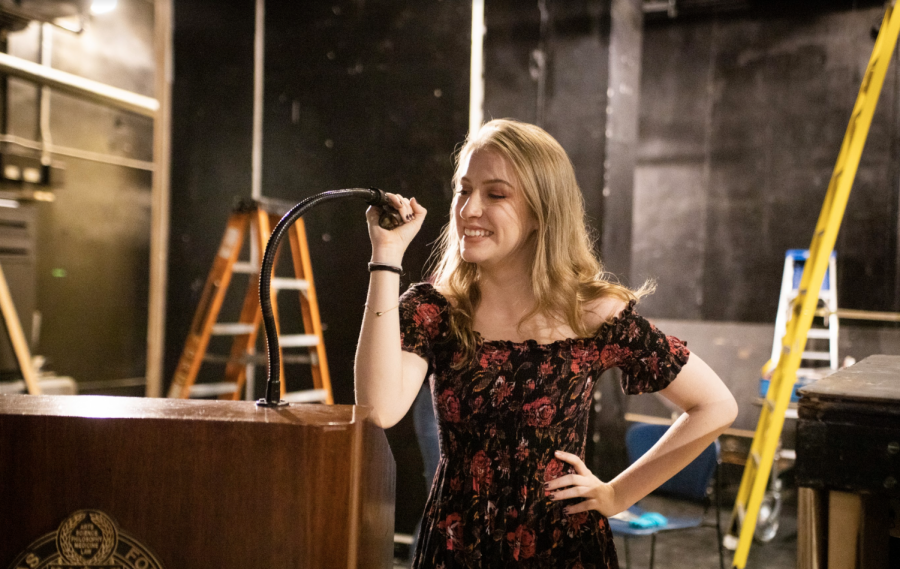 The simple acts of smiling and laughing can release endorphins, the happy hormone, in your brain, leading to a better mood. Moreover, the act of writing down your thoughts or performing them in front of an audience can lead to a cathartic release from the grip of poor mental health.

Mental health concerns are difficult to treat and different methods might work for particular individuals but have no effect on others. “For some people, comedy absolutely can and does work,” said Elizabeth Clark, a psychologist at Fordham’s Counseling and Psychological Services, said. Most importantly, Clark mentioned that individuals who have not worked through their mental health concerns should not use comedy as an outlet.

Working through your mental health means that you have come to a point where you can talk about your mental health without feeling pain. Everyone feels this pain differently, but it essentially boils down to looking at yourself negatively. Clark emphasized that doing so can lead to comedy that arises from aggression, and you often see this comedy in self-deprecation and humor against groups.

“You see this person that really doesn’t like themselves,” Clark said. “When comedy comes with an aggressive edge, where they do believe their deprecation, it becomes painful to watch.” Comedy can be harmful to individuals with mental health issues, because comedy can make it harder for these individuals to make a meaningful recovery. Moreover, this aggression can hurt members of their audience.

Nevertheless, if you are able to engage your mental health experiences in a neutral mindset, comedy can very much benefit you. Clark mentioned that telling your own story of painful or awkward experiences can greatly benefit your relationship with those events. Writing comedy allows you to “transform that narrative,” said Clark, and this process can lift you up and invite others to share in your experience.

Comedy allowed Emily Krichmar, Fordham College at Lincoln Center ’21, to process her mental health issues differently. Krichmar has experience with depression and obsessive-compulsive disorder and is recovering from eating disorders. A member of Stoves, Krichmar takes part in improv, stand up and sketch comedy. Comedy has helped Krichmar find humor in her experiences with mental health issues. “I work through a lot of things while writing and performing stand up,” she said.

Krichmar finds that comedy prevents her from wallowing in her depression and allows her to use these emotions to make herself and her audience laugh. “I often tell stories that were in the moment hard to go through, but being able to find what’s funny or lighthearted in them … really helps me work through them and get over them,” Krichmar said. She also finds that inviting people to laugh at these experiences with her is healing.

Krichmar plans on doing comedy in the future, and she also wants to keep using her mental health experiences as material. “I do see myself continuing to talk about hard subjects like mental health or difficult things I went through in the past and making them funny.”

As Clark noted, after working through your negative feelings and experiences, they can become fresh material for you to share with the world. It’s important to keep in mind that people who want to explore their mental health in comedy should do so without aggression. Though comedy can be dark and edgy, it isn’t an outlet for self-loathing. Rather comedy allows you to detach yourself from your most intimate feelings and find a joke in them.