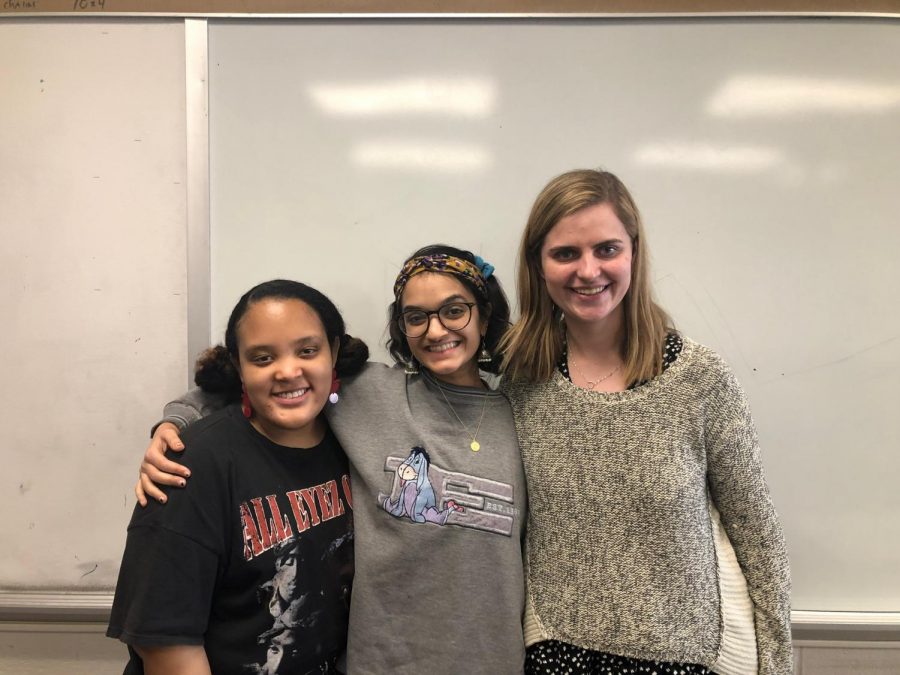 In 1987, the United States Congress declared March as Women’s History Month to celebrate and recognize the social, economic, cultural and political achievements of women. At Fordham Lincoln Center (FLC), the Office of Multicultural Affairs (OMA) and the Feminist Alliance group organized events throughout the month to honor women and advance gender equality in the Fordham community.

Maya Tatikola, Fordham College at Lincoln Center (FCLC) ’21 and president of the Feminist Alliance, said that her hope for the month was to “focus on outreach so that we are able to create a larger feminist community at Fordham.”

Highlights of the month were the two “Women At Fordham Luncheons” that took place on March 6 and 13. The lunches were part of the F.A.C.E. (Fordham Advocates Cultural Enrichment) series and were co-sponsored by the Office for Student Involvement, the Office of the Chief Diversity Officer and    Career Services.

At the events, a panel of female Fordham faculty, staff and administrators shared experiences navigating society as women. As part of their ‘Women’s Herstory” event, OMA screened a video compilation of students discussing women who inspired them.

This was the first year that the OMA developed a student committee to implement their cultural heritage programming for Women’s History Month.

Juan Carlos Matos, assistant vice president for student affairs for diversity and inclusion, explained that “while OMA [sought] collaboration with cultural and identity-based clubs, this was an opportunity for students who were not involved in these student organizations to partake in event planning.”

Matos continued, “This also alleviates the burden of cultural and identity-based clubs from having to be the only ones planning events for their respective identities.”

The Women’s Herstory Month Planning Committee was comprised of undergraduate students from both Rose Hill and Lincoln Center who worked with April Ortiz, the graduate student at Lincoln Center for OMA. Matos stated that “each student was tasked with coordinating, facilitating and implementing an event for the month.”

Some of the other student organized events included International Women’s Day Movie outing where students saw “Captain Marvel” — the first Marvel movie to star a female protagonist. Professor Diane Detournay led a dinner where students discussed the history of feminism; trivia nights were also held at both the Lincoln Center and Rose Hill campus.

Working alongside OMA, the Feminist Alliance co-sponsored a “Gender Roles and Sushi Rolls” event on March 14.

“We were interested in talking about gender roles and how they affect Fordham and manifest in our own lives,” Tatikola said. “The idea was to conceptualize and recognize the presence of gender roles, to then create our own personal identities apart from them.”

Throughout the month, the Feminist Alliance has focused on their menstrual product drive for Bowery Mission, an organization that serves those who are trapped in cycles of poverty or homelessness. Tatikola proudly confirmed that “the project has grown tremendously. Through collaborating with other clubs, we have been able to more than double the number of products we donate.”

The group has also continued its work with the Dwelling Place, a transitional residence for homeless women in Midtown Manhattan. The Feminist Alliance arranges semester-long service programs where members coordinate varying empowering activities for the residents.

The last event of the month, “Women in Corporate Leadership,” scheduled for March 28, will feature a panel of women in leadership positions in the New York area to share their experiences.