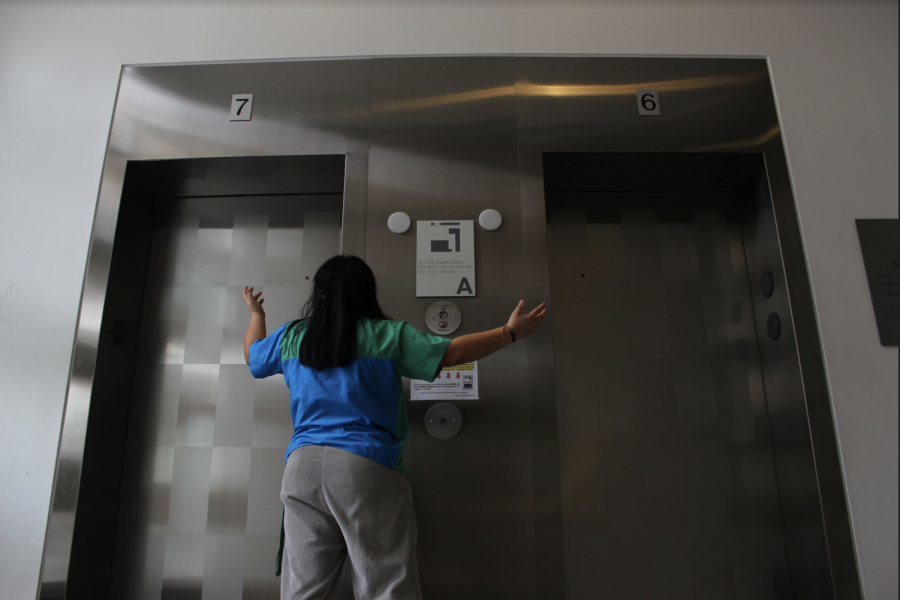 Tempers will rise. The elevators will not.

The time: 9:30 p.m., Friday, March 15. The location: McKeon Hall. The problem: the chicken soup that I ordered for dinner had arrived.

My soup savior and delivery man, Jason from Uber Eats, arrived 15 minutes early and called my phone to let me know that he was waiting in the lobby. With only five minutes to reach the promised land before my delivery window timed out, I sprinted towards the elevators.

Like magic, its proud silver doors opened before me almost instantly. Fear not, I thought to myself, within mere seconds I will be holding the liquid gold that is chicken soup. I pressed the button for the first floor and waited to descend to my destiny.

Only it did not move. The button didn’t light up, and I did not hear the elevator begin its gentle journey to my soup.

I was befuddled, hurt, betrayed. The dining hall elevator I was situated in was supposed to close at 11 p.m. Here I was, an hour and a half early.

I had been lied to. Reality was an illusion. The very fabric of Fordham University was disappearing before my eyes. As the situation became clear, I realized that I would have to take the main lobby elevators. I shuddered as I stepped out and began my walk to the true Elevator from Hell.

I say elevator, singular, because as of Friday, March 15 at 9:30 p.m., only one elevator was functioning on the lobby side of McKeon Hall. The other had been shut down for at least a week, with a flimsy sheet of paper posted nearby dooming everyone to an eternity of waiting.

Every time I needed to go to class, leave the building or do anything else that required me to use the lobby elevators, I found myself standing in the dance-themed lobby of floor 12 for hours. I would grow a beard and start to develop a curvature in my spine, reaching the ripe old age of 84 before I heard the signature ding telling me that finally, at last, the elevator had arrived.  I would look up, a smile gracing my now old and wrinkled face — only to see the elevator already full of students from higher floors. Crushed, I would retreat into the darkness.

The cursed night of the soup saga is one I will never forget. I want to say that the elevator miraculously appeared, that I got onto it in time and held my soup up high for all to see. But it didn’t come.

I tried to vault myself down the stairs, skipping step after step but alas. I arrived mere minutes after Jason from Uber Eats had departed. As I collapsed in the lobby, crying on the floor in the fetal position about that devastatingly cold chicken soup without anyone to love it, I knew that there had to be a better way.

So now I ask Fordham: why is the freshman student body saddled with elevators that constantly break, when McKeon Hall was built in 2014?

Even my old public school, which had less funding than the last remaining BlockBuster, had an elevator (albeit with questionable graffiti) that did not break this often.

Is one student dead set on breaking an elevator every Friday night to continue tormenting their innocent peers? Is this Fordham’s way of subtly encouraging us to take the stairs more often? Either way, it needs to stop.

Unless the school is about to introduce a way to teleport from our dorms to the lobby, something needs to be done. Not one more soup should go cold into the night because of a faulty elevator. Not one more.