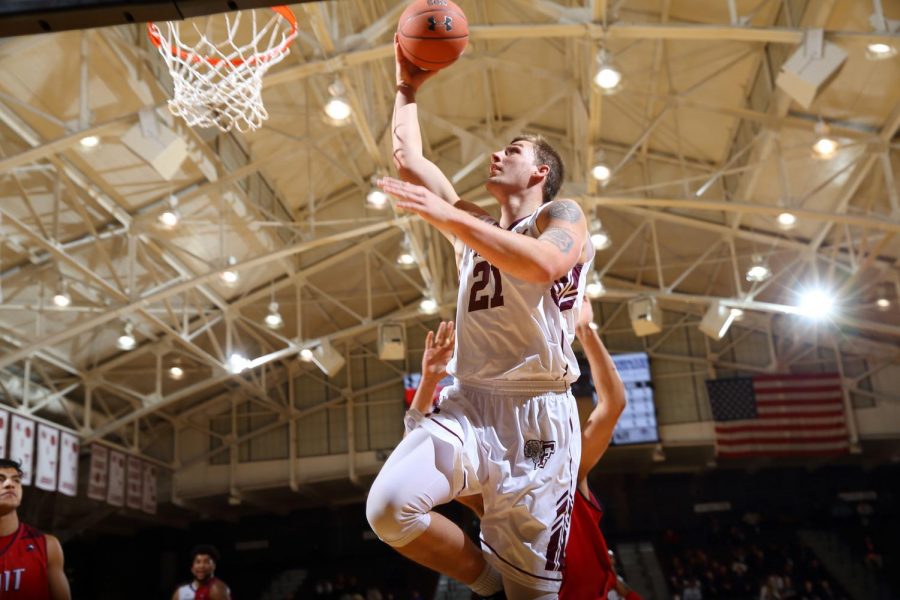 Fordham plays George Washington University in the first round of the Atlantic 10 Tournament without Forward Jesse Bunting.

On Wednesday, March 6, men’s basketball coach Jeff Neubauer announced that forward Jesse Bunting, Fordham College at Rose Hill (FCRH) ’19, suffered a minor stroke earlier in the week. Despite returning to stable condition after being checked into Columbia Presbyterian Hospital in Manhattan, Bunting will miss the rest of his final season.

After three seasons with the Rams, Bunting became an integral member in his senior year, starting 23 of 28 games and providing help on both sides of the court. As the team begins their playoff run, they will have to adapt to the loss of their starting forward.

To honor Bunting’s contributions, Fordham players will be wearing “Play for Jesse” T-shirts during their pre-game warm-up. After missing most of his junior year with an injury, Bunting had finally risen to prominence in his senior year. It is disappointing to see his season cut short, if only by a few important games. Fordham plays George Washington University at the Rose Hill Gymnasium tonight at 7 p.m., as Bunting remains in the minds of players, coaches and all in attendance as they push to extend their season one game at a time.