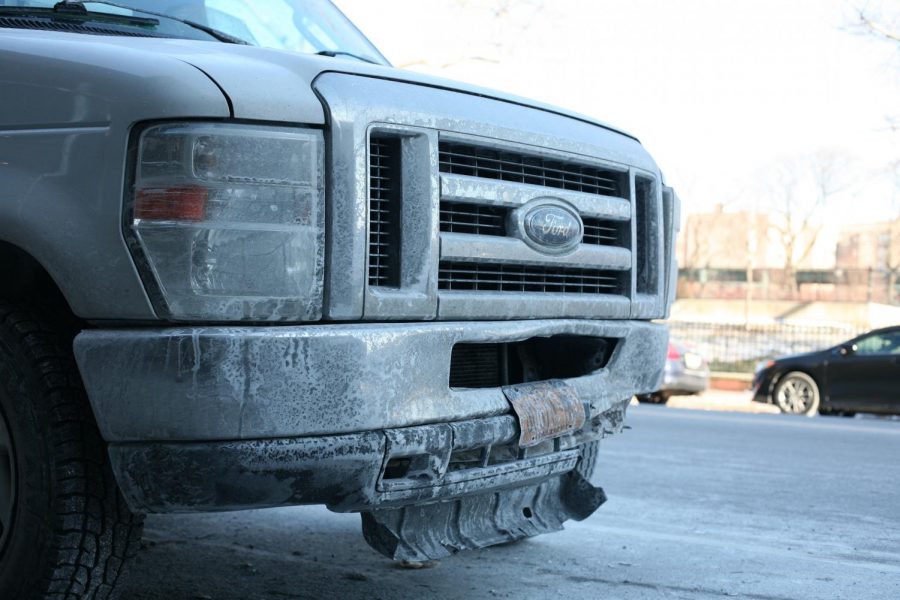 Climbing temperatures in February have students worried about climate change.

In the month of February, the average high temperature in New York City was 42 degrees Fahrenheit. This year, average temperatures were just above that at 42.7 degrees, but for much of the month it certainly felt considerably warmer.

February 2019 saw six days that were 50 degrees Fahrenheit or higher. On Feb. 5, temperatures soared to 65 degrees, 25 degrees higher than the historical average for that date.

With these extremely high temperatures, however, came almost equally extreme lows. Fordham University canceled classes for all or part of the day three times over the course of February due to inclement winter weather. Should global temperatures continue to rise, it is likely that climate change will bring about even larger temperature swings and more weather-induced school closings.

The decision to cancel classes on account of weather is made by the Public Safety department. John Carroll, associate vice president of Public Safety, said that in terms of accumulated snowfall, “this winter’s been very mild.” Many of the closures this year have in fact been due to the risk of ice and freezing rain, which are often more dangerous than snow, he explained.

Matt Di Vitto, Fordham College at Lincoln Center (FCLC) ’20 and president of the Lincoln Center Environmental Club, was hesitant to immediately attribute recent temperature fluctuations to climate change. He didn’t want to “jump to too many conclusions too quickly,” he said, but added that this winter, “it’s been getting a lot more attention as a climate change-related thing than in the past.”

“I don’t necessarily think it’s a bad thing that there’s been all the excitement about it,” he said of the increased meteorological conversations he observed on campus, “because it’s been getting more attention.”

Other students, felt more comfortable linking the fluctuations in temperature to climate change. Tina Thermadam, FCLC ’20, stressed that on an urban campus, one naturally spends considerable time outdoors. “It becomes difficult,” she said. “You have to go outside and you have to interact with the outside world to go get groceries and to go to the gym.”

When temperatures become subject to extreme fluctuations, they don’t “necessarily do well for you and your well-being as a student,” Thermadam said.

Evan Sheaffer, FCLC ’21, is from Bay Ridge, Brooklyn, and has felt the effects of climate change first-hand. He said that recent storms like Hurricane Sandy have made him more aware of the weather-related changes the city is experiencing. “With rising sea levels,” he said, “my home might actually be underwater in the next few decades.”

Both Thermadam and Sheaffer felt that extreme weather will lead to increased future university closures. “I do think it’s going to be a reality,” Thermadam said. She noted, though that the change is “going to be a good one for the students” because classes will be canceled more.

Sheaffer considered the possibility of Fordham altering the start and end dates of the spring semester to account for severe weather. “As we get more snow days and cancellations in the winter,” he said, “they’re going to have to extend the days that we come in or afterwards, which will just shift the entire semester schedule.”

“I think they’d have to eventually,” he said of the shift. “And Fordham already has such a weird schedule compared to most other colleges. This would just make it even worse.”

Public Safety carefully weighs the many factors that go into the snow day decision-making process. Carroll had a striking analogy for the system — “It’s like making sausage,” he said.

One of those factors moving forward will undoubtedly be climate change, but Carroll said that the issue was a “very difficult” one for him to talk about from the perspective of Public Safety. He was unsure how it would affect the university with regard to school cancellations. His priority, he stressed, was the safety of students and faculty members.

Whatever effect climate change has on Fordham, the changes we have already begun to see are being noticed by students. “It’s just ridiculous,” Sheaffer said, “and it wasn’t like this before.”