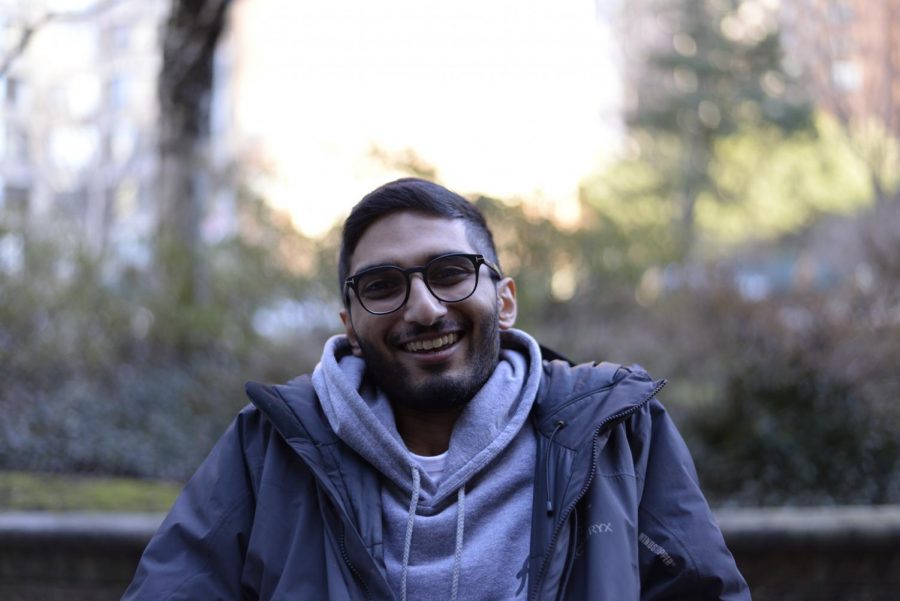 Veer Shetty, FCLC '21, joins the fight for SJP to be recognized on campus.

Students for Justice in Palestine (SJP) group’s two and a half-year-long pursuit of official club status at Fordham was resparked with the addition of a new member to the legal battle with the university. Though just a sophomore, Veer Shetty, Fordham College at Lincoln Center (FCLC) ’21, has been at the forefront of the lawsuit since February.

In December 2016, SJP was denied legitimate club status when Fordham’s Dean of Students at Lincoln Center Dean Eldredge ruled the group would be “polarizing” for the campus community. Four students filed a lawsuit in April 2017 on the grounds that the university violated its own free speech policies.

As of today, three of them have graduated; the fourth will follow suit in May. After nearly two years, they are still tied to a lawsuit that argues for the existence of a club they never saw come to life while students at Fordham.

“Being in a club is an integral part of the college experience … having that taken away from you is horrible,” Shetty said. Inspired by one of his friend’s Palestinian heritage, Shetty became invested in the country’s history and read extensively. He hopes to have SJP at Fordham because “it’d be a great resource to have on campus.”

Along with cooperating counsel Alan Levine, the organizations Palestine Legal and the Center for Constitutional Rights, the four would-be members — Ahmad Awad, FCLC ʼ17, Sofia Dadap, FCLC ʼ18, Sapphira Lurie, FCLC ʼ17 and Julie Norris, FCLC ’19 — took the case to the Manhattan Civil Courthouse. The institution then filed a motion in June 2017 to dismiss the lawsuit.

“I think it’s amazing that Veer came to SJP totally on his own, despite the efforts of the administration to prevent students from organizing for Palestine and to hinder SJP from recruiting members,” Dadap said. “His joining the case gives new life to the solidarity movement as it exists on campus.”

She added, ‘“I also admire that he took the risk to become a petitioner and carry on the suit even knowing the unrelenting harassment faced by everybody but especially by people of color who publicly support Palestine.”

Awad, Dadap, Lurie and Norris filed a second motion in November 2017 for a preliminary injunction to speed up the process; that way, they could also earn temporary club status. As the case was brought under Article 78 of the New York Civil Practice Law and Rules, only the judge can decide the outcome.

The judge’s decision had to be made in under 20 days, but Fordham’s motion to dismiss had a 60-day timeline. To this day, SJP members are still waiting to hear their club’s fate. Palestine Legal Senior Staff Attorney Radhika Sainath wrote, “these motions were argued over a year ago, so a decision is way overdue. An entire generation of students has graduated without being able to participate in SJP.”

However, Dadap said that Fordham administration protested Shetty joining the case. She noted that it “may be because they hope that after all four original petitioners graduate, student solidarity with colonized and oppressed peoples will die down.”

For now, SJP’s fate remains in limbo. “We’re still not seen as legitimate, which makes it very hard to organize,” Shetty said. SJP isn’t granted basic club privileges, such as advertising their club and events on campus, or invite guest speakers. “In my years of involvement, I know it was difficult to get around the roadblocks that Fordham put up for unofficial student groups,” Dadap recalled.

Despite the circumstances, students still meet to discuss Palestinian rights and struggles: Dadap’s original idea has evolved into the “Palestine Study Group,” where students could learn more about the Israeli-Palestinian conflict and read about topics such as colonialism, pinkwashing and violence.

The current student organizers have “done an amazing job with it, especially when taking into account how politically active many of those students are,” Dadap said.

As a result of their parley with SJP, the university was ranked among the Foundation for Individual Rights in Education (FIRE)’s top “10 worst colleges for free speech: 2018” and in 2017. Sanctioning a student for violating the demonstration policy on campus was among the reasons why. Fordham currently still holds the “Red Light” speech code rating given by FIRE in January 2017.

Reflecting on the reasons why SJP was subject to banning, Shetty said “I do not think SJP is divisive ― I think it would help us have a more healthy dialogue about the issue.” He added that “having one side completely shut down leads to toxic discourse.”

Shetty said SJP is currently collaborating with the Students for the Students for Sex and Gender Equity and Safety Coalition. He also hopes to work with other advocacy on-campus groups in the future, such as the Black Student Alliance.

Ultimately, Shetty envisions SJP to “be a safe space where we can educate ourselves and create a community that fights for what we believe in.”