You Can’t (And Shouldn’t) Be a Model 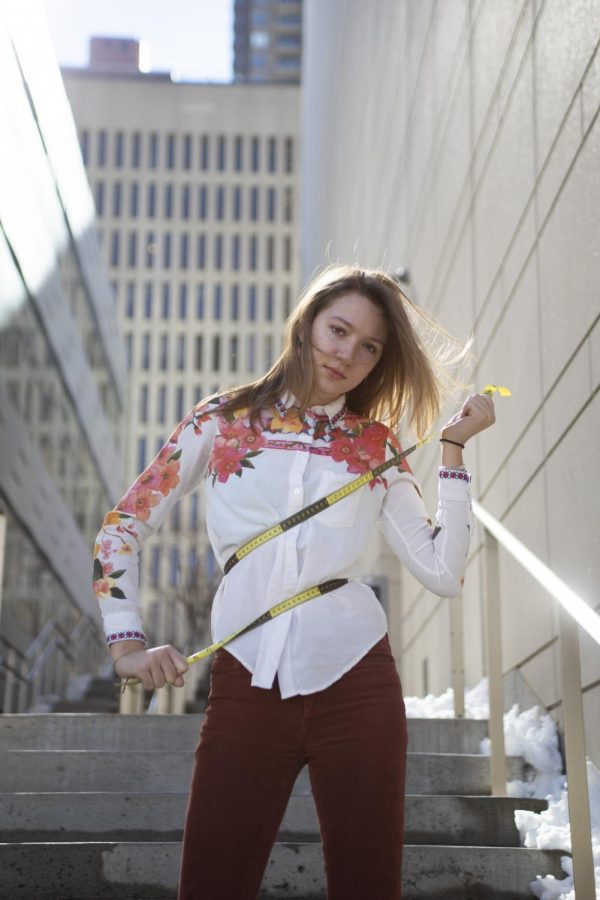 “Do you think I could model?”

As someone who has been in the modeling industry for about three years, it’s a question I hate to hear. It’s impossible to answer both kindly and honestly. If I were to speak candidly, I would say, “No. You’re three inches under the height requirement, your hip and waist sizes are disproportionate, your thighs are too big and your nose is not in ‘trend’ right now.”

Obviously, I would never judge a person to such an extent, but this is how the modeling industry works — it’s a meat factory. Sure, everyone loves a model with a personality, but in the end, as my agency has drilled into my head, if you’re under 5 feet 10 inches, your hips are more than 35 inches or your waist is over 25 inches, you’re probably not going to get past small local designers.

But even then, so many people dream of being models and find ways to force themselves into this world because they think it’s “glamorous” and “easy.” In fact, it’s an exceptionally ugly and painstaking lifestyle.

If modeling is your life-long passion, I can’t stop you from pursuing it. I just want to make sure that you are aware that it’s not as easy as social media wants you to believe. If you are a working model, I mean no disrespect to you. I understand that everyone has different experiences and that these stories may not apply to you.

What you need to remember is that everything you see has been edited and formulated to be the perfect advertisement. The whole point is for you to envy the model, to the extent that you end up buying the product, all in hopes of being more like them. But there’s so much behind that one photo.

What they don’t tell you

Let’s start with some common misconceptions — you don’t join an agency and receive jobs from the get-go. For the first few months, all you’ll do are test shoots. This means you go to photographers and shoot for free to build up your portfolio, our version of a resume. But wait, you still get to have your hair and make-up done and free professional photos, right?

Sure, it’s fun for a while, but doing this with no compensation gets old really quickly. Imagine being in a studio for six hours, squeezing into shoes too small because no one carries your size (let’s hear it for my size 11 ladies out there), having your scalp tortured because the hairstylist loves the super tight if-I-sneeze-my-hair-will-literally-pop-out updo, feeling your face dry out from the fourth makeup wipe to refresh it for the next look and being ruthlessly judged for grabbing a snack. After all of that, the photographer selects 10 of the best photos, edits them to their heart’s content, and sends them over.

Kudos to them for spending hours looking at images of me, but this just shows that it’s not a one-and-done deal. Don’t ever judge yourself for not looking like a picture of a model — it was curated out of thousands of photos to look good.

New York Fashion Week is where I experienced what it actually means to be a model.

In order to get booked in a show, models have to go to many castings first — anywhere from five to 20 a day, depending on the agency and how experienced they are.

This consists of waiting in line with dozens of other models for goodness knows how long. Depending on how the casting director is feeling and how organized the event is (which, in my experience, was usually not at all), models can end up waiting from just a minute to hours.

The longest I’ve ever waited was for two hours (outside in the brutal winter air no less). And it wasn’t because there were so many people; the directors decided to go out for lunch without telling us.

All of this to do a short walk in front of the director and give them your business card, a total viewing time of about 20 seconds. If you don’t have patience and energy, this business isn’t for you.

Finally, it’s show day and you’re excited because you get to walk the runway. You arrive four hours before the show starts. Most of the time it’s chaos. There are not enough makeup artists, everyone’s crawling over each other because the space is too small for the number of people backstage, naked models are scrambling for their outfits, the designer is having a meltdown over a wrinkle in a collar and you have no clue what you should be doing because communication is non-existent.

That was the case with one fashion show. The directors didn’t have space to move around and do the final preps, so what did they do with all the models until the show starts? Why, they locked us up in the basement of course.

High heels, bikinis and lingerie were the only things keeping us warm in the unheated basement in the middle of February. About 30 models were huddled together around one light bulb hanging from the ceiling, surrounded by discarded construction materials like broken toilets, metal beams and probably asbestos.

It was not the most pleasurable experience, but I find moments like these as an opportunity to bond with other models on how much of a mess modeling is.

I have to admit, the fashion world can be fun and I have learned some things. For example, in the modeling industry, individual changing rooms don’t exist. It’s just a bunch of guys and girls wearing nothing but a thong in an open space, which is quite a confidence boost. But in the end, you wait hours to be judged by a stranger and then thrown about like a ragdoll pre-show just to walk for 30 seconds on the runway. It’s draining.

A model’s job doesn’t stop as soon as she leaves the studio or runway either. Her job is to look good, so that means exercising on the daily and dieting. That’s one of the reasons I want to leave modeling. I love food. Noodles, bread, rice, ice cream, I want to be able to eat those without the fear that my agency will psychologically belittle me for gaining weight.

I once posted a picture of a milkshake on my Instagram and ended up getting looks from my agent next time I visited them. Agencies have been known for putting girls on a 1,000-calorie-and-under diet. You live under the stress of “am I good enough?” because if, all of a sudden, designers don’t like your looks, you won’t make any money.

Bodies are constantly modified, whether naturally or synthetically, to appeal to the greater audience. That’s the paradox I’ve faced. I’ve both grown more confident of my body, having been chosen to represent fashion lines, but all the while my self-esteem has plummeted since I end up constantly comparing myself to everyone else. How could I ever feel good enough when there’s always someone prettier, taller and skinnier than me?

I used to model more but now that I’m in college, I’ve decided to put it on “pause”; I’m still contemplating whether or not I should go back. Though there are a lot of perks to modeling, like traveling and pampering, the modeling industry is exhausting and gives little in return. Models don’t actually make as much as you think, as many designers even refuse to pay us (we don’t eat food either way, why would we ever need money?)

So if you want to model, make sure that you will have enough time, patience, energy and self-esteem. It’s a mean industry, ready to chew you out in the end. Unless you’re a celebrity or have connections, you will probably be nothing more than a disposable model ready to be replaced by tons of other look-alikes.