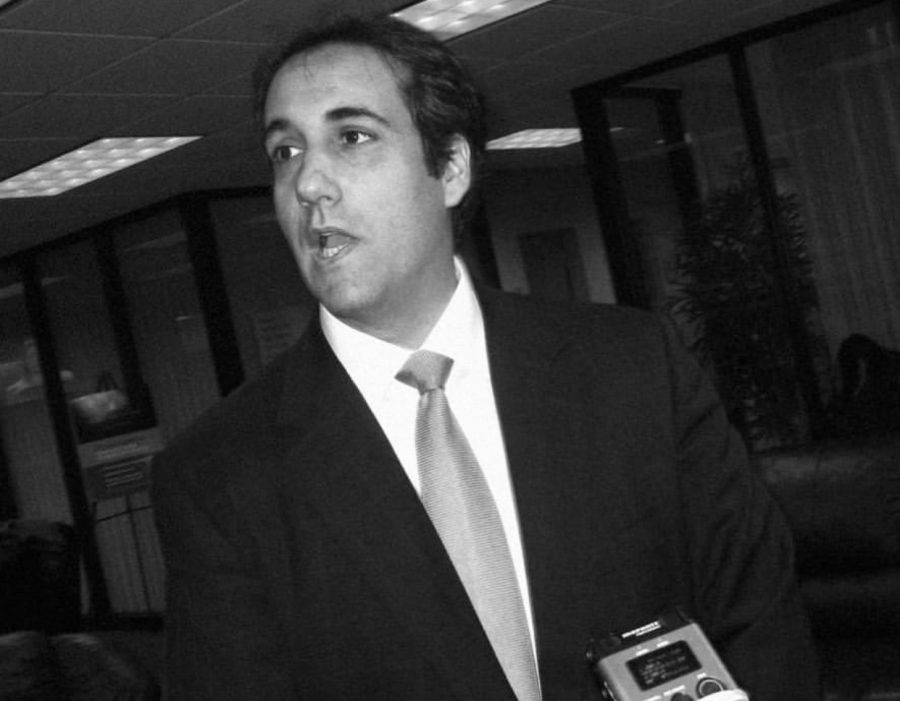 According to Special Advisor Michael Cohen, "Mr. Trump truly enjoyed his two years at Fordham and has great respect for the University.”

UPDATE (3/8/19): On March 8, Fordham’s official Twitter page posted an image of a fake copy of Trump’s transcript. Along with it, the tweet read: “The image is a forgery, not an actual Fordham University transcript. Fordham University respects the privacy of its students and alumni, and follows federal law regarding the handling and release of academic records.” The tweet also linked to the U.S. Department of Education’s webpage explaining the Family Educational Rights and Privacy Act.

The image is a forgery, not an actual Fordham University transcript. Fordham University respects the privacy of its students and alumni, and follows federal law regarding the handling and release of academic records https://t.co/gJ0qfpR4nB pic.twitter.com/CXCQ90kG76

The photo had been circulated widely on Twitter prior to Fordham’s decision to step in and disavow its authenticity. Comedian Rosie O’Donnell and actor John Leguizamo were among the users who shared the image.

On Feb. 27, Michael Cohen, former vice president of The Trump Organization and former special advisor to President Donald Trump, testified before the House Committee on Oversight & Reform. During the testimony, one of the documents Cohen provided was a letter addressed to University President Rev. Joseph M. McShane, S.J. threatening Fordham University with criminal action should the institution release Trump’s college transcripts.

In his opening statement to the House Committee on Oversight & Reform, Cohen stated that he would provide “copies of letters [he] wrote at Mr. Trump’s direction that threatened his high school, colleges and the College Board not to release his grades or SAT scores.” The document sent to McShane, which Cohen voluntarily released during his public testimony, was identified as Exhibit 6.

According to Assistant Vice President for Communications Bob Howe, the university received a call in 2015 from a person working for the Trump presidential campaign as Trump was gearing up for his run. The university informed the caller that Fordham is bound by federal law not to share any student’s academic records with anyone other than the student or anyone the student designates in writing.

This also applies to graduates and former students, the latter of which includes Trump. The Family Educational Rights and Privacy Act (FERPA) protects anyone who has attended a school in the United States from releasing their academic records.

Following the phone call, Fordham received a follow-up letter from “one of Mr. Trump’s attorneys” that summarized the call and restated some elements of it, Howe said. The attorney reminded the university “that they would take action against the University if we did, in fact, release Mr. Trump’s records.” Howe confirmed this letter was the document that Cohen released during his testimony.

Dated May 5, 2015, the letter was sent prior to the beginning of Trump’s 2016 presidential campaign, which launched a month later. According to Cohen, the letter was sent due to requests from several media outlets asking for Trump’s academic transcripts, which Trump refused to release.

In the letter, Cohen is quick to remind McShane of FERPA, which ensures that “the release or disclosure, in any form, of such records (or any information contained in such records) to any third party without [Trump’s] prior written authorization is expressly prohibited by law.”

It also affirms that any violation of the Act will render the university under criminal and civil liability, including “fines, penalties and even potential loss of government aid and other funding.”

Trump attended Fordham College at Rose Hill for two years before transferring to the University of Pennsylvania’s Wharton School of Business. The postscript of Cohen’s letter states that, “Mr. Trump truly enjoyed his two years at Fordham and has great respect for the University.”

Howe stated that the university’s stance on Trump’s transcripts remains the same: “We obey federal law and don’t release student records to anyone but the student/graduate or anyone that the student designates, in writing.”

This article’s format was updated Mar. 5. 2019. No changes were made to the content of the article.