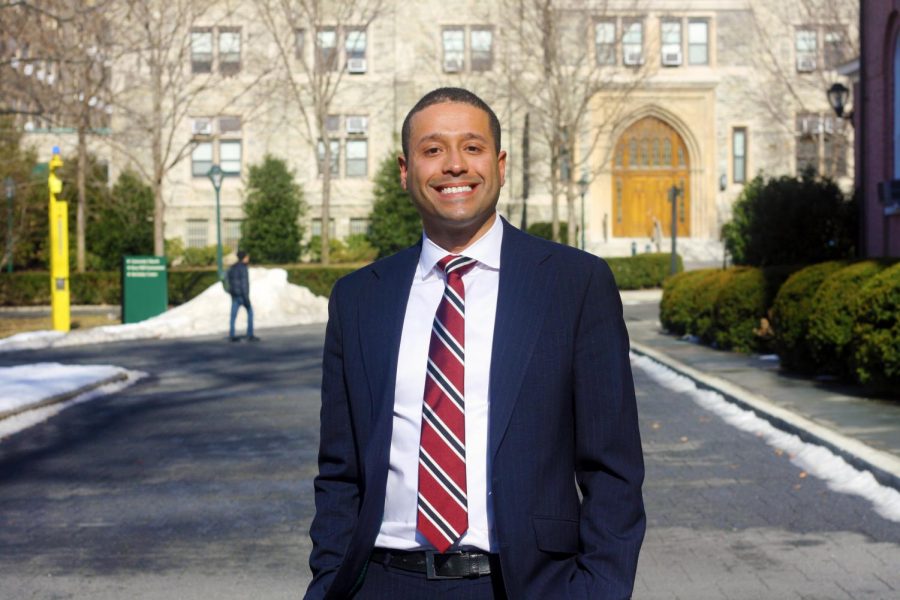 Colona will be responsible for monitoring how federal and state policies will affect higher education strategy as well as crafting and coordinating Fordham responses and reactions to changes.

He succeeds Joseph Muriana, who had served in a similar role for more than 30 years.

Colona, a public policy professional, has spent the past decade working in higher education, the U.S. Congress and the nonprofit sector.

In coming to Fordham, Colona leaves his position as director of government and community relations at Pace University. There, he was responsible for responding to public policy and legislative developments that affected Pace. He also acted as an advisor on funding opportunities and strategic approaches to community engagement.

On his time at Pace, Colona said that “I was so happy at my job. The opportunity to work at a Jesuit school was the only reason I considered leaving.”

As the first in his family to attend college, Colona graduated from the University of Scranton in 2008, earning a bachelor’s degree in political science. He also holds a master’s degree from Georgetown University in social and public policy.

Both the University of Scranton and Georgetown University are Jesuit schools, and expressed that his time at these institutions highly influenced his values. “I am very interested in higher education policy, and my true passion lies with Jesuit education and Jesuit schools,” Colona said.

During his short time at Fordham, he has already represented the university at the National Association of Independent College and Universities’ Annual Meeting. The conference is focused on representing private nonprofit higher education on public policy and was held in Washington, D.C.

This year’s annual meeting was focused on advancing positive policy agendas that will benefit students and families in light of the Trump Administration. This was achieved through plenary sessions, a government relations academy and a public relations academy.

He said that he felt that he has been warmly welcomed into the Fordham community, expressing that “I am doing exactly what I want to do at exactly the place I want to do it.”

In a conversation with The Observer, Colona discussed relevant topics on the federal level to his position at Fordham. He mentioned that he would like to focus on the Higher Education Act to ensure that Fordham remains affordable and realistic for students.

Further, Colona also touched on how colleges handle sexual assault on campuses. He stated that he wants to “make sure we are engaged in deliberate and meaningful conversations on what that legislation [around sexual assault] will look like.”

Over the next few months, as Colona continues to settle into Fordham, he expressed that his main goal is to “meet and get to know as many people as possible” and hopes to connect with a diverse array of students, faculty and staff members.

“Understanding a community is the best way to be a good advocate,” Colona said.  “By getting a good sense of where Fordham is now, and where Fordham wants to go in the future, I can see where I can best help in my role.”