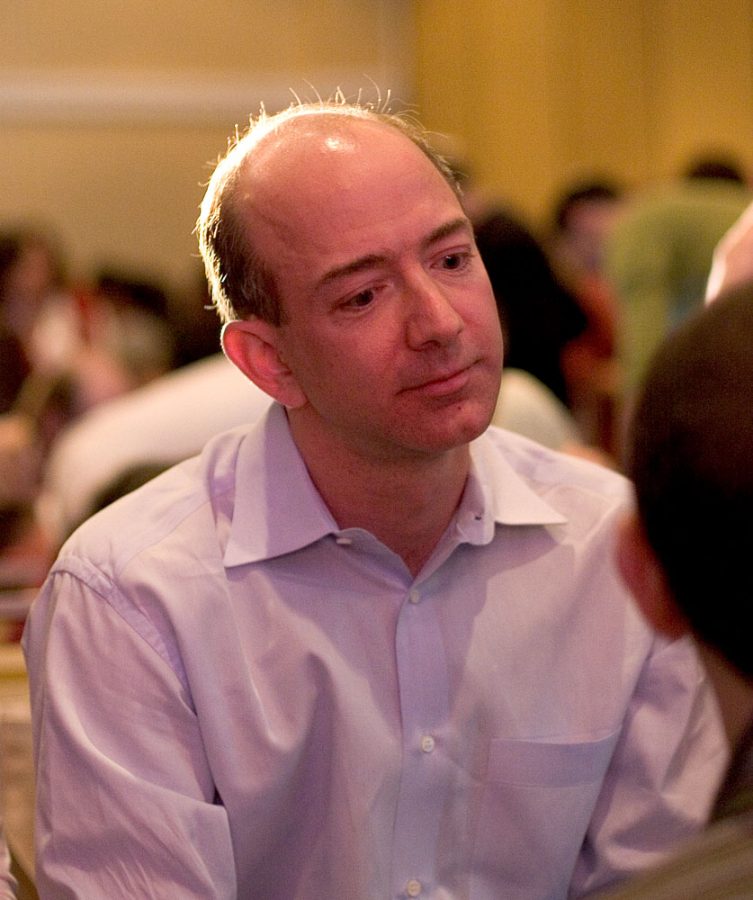 Even after the pull-out, Jeff Bezos finds himself looking for a Plan B.

It was a perfect storm of powerful interests working against the public. Amazon, the most valuable company in the world, was looking to expand its reach, and over 200 cities across the nation fell over backwards in obsequience. Behind closed doors, Governor Andrew Cuomo and New York City Mayor Bill de Blasio bumped shoulders with executives from the Seattle-based megacorp, working together to hand over part of Long Island City, Queens.

Nearly $3 billion of public money in subsidies, not including revenue forfeited through tax breaks, would go to Amazon, and Amazon would go to New York. Additionally, Amazon would skip the normal planning and development process, many local regulations would be waived and CEO Jeff Bezos would get a private helipad.

Of course, this massive giveaway of taxpayer dollars was entirely necessary. If it weren’t for these incentives, the ambitious, international company with a large stake in advertising might have skipped on the cultural, financial and media capital of the world, and decided to take up residence in Cleveland.

In reality, a trillion-dollar company does not need subsidies. Amazon is one of the Four Horsemen of technology alongside Google, Apple and Facebook; it could have expanded in New York City without even making a dent in Bezos’s wallet. Companies often solicit incentives like these when a decision for a move has already been made, and Amazon’s beauty pageant is a perfect example of this needless suspense and competition for a predictable move to the country’s centers of power. Research also shows that these incentives are worse than useless — they have no discernable impact on job creation in the cities offering them, and the corporate handouts often mean cutting spending elsewhere.

There is no shortage of precedents for this. The formerly-Oakland Raiders and Foxconn both received major subsidies from local governments, only to under-deliver and leave the communities in major debt. Tesla’s Gigafactory in northern Nevada became a severe burden on the surrounding area. The Kansas-Missouri “border war” has wasted over $300 million luring companies back and forth within the same city.

The exploitative nature of this corporate welfare is not new information. Yet, despite intense resistance and community outcry, including denunciations from local politicians and superstars like Alexandria Ocasio-Cortez, most onlookers expected that the deal would proceed regardless. After all, it had the backing of de Blasio and Cuomo, two powerful my-way-or-the-highway politicians, as well as the notoriously stubborn Amazon. The inexorable march of capitalism and continual quest for the glory of “job creation incentives” stops for no ragtag band of NIMBY activists.

And then it did.

Amazon’s Feb. 14 announcement that the company would cancel its plans was the happy ending New York never saw coming. The deference to bourgeois desire and the heedless growth of capital has dominated governance on both sides of the aisle in recent years, arranging marriages between rich corporations and the local communities forced to pay large dowries for their hand. The general response has been one of learned helplessness. Everyone expected the interests of capital to steamroll the concerns of the little guy, reshaping the land as they pleased in the pursuit of profit. Here, though, citizens did not only defy their own governor and mayor, along with one of the most powerful companies in the world, but they won.

This is a massive victory for community activism. If ordinary people can successfully fight for themselves against some of the most top-down development since the era of Robert Moses, it shows the power we hold — even when the task seems overwhelming, the opposition unstoppable and the consequences dire — we can still deliver a victory, even without 2-day shipping.

We’ve just made Goliath flinch, and every fledgeling David out there ought to be eyeing their slings with renewed hope.