Park officials plan to pave over graves of 18th-century slaves 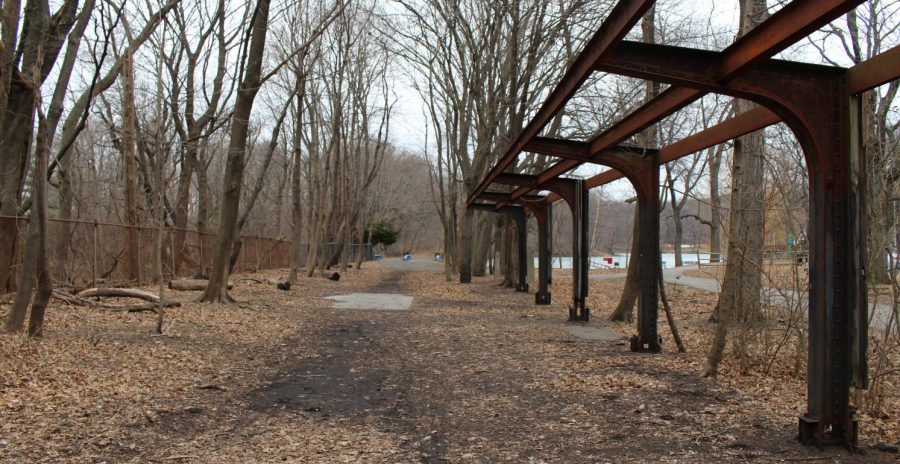 Sitting on a bench beside the lake in Van Cortlandt Park, I watched the passersby — some walked alone, some with friends and others with their dogs. I wondered if they knew the history beneath the grounds they walked upon. Van Cortlandt Park seems ordinary, with its vast fields and towering gnarled oaks, but it holds a historical magnitude that’s difficult to perceive.

Each step one takes in the park holds some kind of historic importance, with paths that the Lenape created hundreds of years ago, a lake that was built by 18th-century slaves and fields where battles of the Revolutionary War were fought. The probable slave burial grounds along the lake, however, were of most interest to me.

A lack of records on formerly enslaved African-Americans will allow the New York City Parks Department to pave land in Van Cortlandt Park, which may contain the remains of Bronx slaves. Based on circumstantial evidence and minimal records currently available, historians suspect the graves of enslaved laborers owned by the Van Cortlandt family and their neighbors reside in this area of land.

In the 1930s, Robert Moses — who built much of modern New York in the mid-20th century — directed the construction of the Henry Hudson Parkway and the Mosholu Parkway, which divided the park into six separate sections. The Putnam Greenway is one of many that the Parks Department plans to construct in an effort to weave the fragmented parkland together. Construction of this $2.7 million project will begin in March. Its goal is to provide greater accessibility for pedestrians and to encourage the community to enjoy the proximate natural oasis.

Nick Dembowski, president of the Kingsbridge Historical Society in the Bronx, explained that the site’s historical importance was not even a consideration when plans were drawn. “The site pretty much fell off the radar of everyone,” he said. The Kingsbridge is the Bronx’s oldest historical society and aims to preserve the rich history of the area.

Federal and State Historic Preservation Laws require that developers assess possible effects on historic archeological or cultural property only when sites are listed on the National Register of Historic Places. This particular area of land is not registered, so, the historical review was neglected in the planning process.

Dembowski explained the difficulty in providing primary source evidence on enslaved African-Americans, a population about whom very little was written. “You have to look at what’s available and aggregate with each specific case,” he said.

Census figures and other records prove that the Van Cortlandts and other families who lived in today’s park were slaveholders. Fragments of weathered headstones can still be found haphazardly sticking out of the ground in one area of the park that is believed to be the cemetery of one of the first families who owned the land. Local historians believe that just east of these headstones, where the path is being paved, is another cemetery for the enslaved.

According to a 1905 article in the Mount Vernon NY Daily Argus, skeletal remains were found and exhumed when a railroad was being constructed in the 1870s. Historians of the time thought the remains belonged to slaves who worked on neighboring properties.

The Putnam Greenway will occupy the same path of the former New York Central Hudson Line commuter train, which ran from the Bronx up to Brewster, New York. The line has since been retired, and the park plans to pave over the remaining natural rail trail. Historians believe there could be more human remains left untouched from the 1870s in this area.

Multiple parties have expressed deep concern about the possible disruption and dishonor of this potentially historical site. Any opportunity for excavation or archaeological study is eliminated by laying down asphalt above.

Archeologist and Fordham Anthropology Professor Allen Gilbert explained that a similar case in the past produced rich historical learning. “The bodies that came out of the African burial ground in southern Manhattan,” he said, “have been very instructive about the lives of slaves in those days.” Archaeologists could then compare these remains to those in Van Cortlandt Park.

“This would have real historical importance,” he said. Gilbert explained that archeology does not wish to stand in the way of progress — he does, however, insist that progress be executed in a way that is respectful and non-disruptive to the archeological record.

“What seems important to me,” Dembowski said, “is not that the project not be allowed to go through, but rather that the area that has this important history be somehow marked, acknowledged, talked about, studied and learned.”

“It’s upsetting that any sort of dishonor could be done,” Aidan Donaghy, president of Fordham’s Humanitarian Student Union, said. “These are people that built New York City, so it would be wrong to do anything that would diminish their memory.”

In recent weeks, the Parks Department brought in scientists to assess the land with ground radar sensing technology to detect any remains. They are currently finalizing data and will announce their findings in the near future. Dembowski is optimistic that tests will yield positive results, but Gilbert thinks otherwise.

Based on Gilbert’s own archeological experience, the deteriorated wooden coffins would remain undetected by radar technology. “Wherever the path is going to go,” Gilbert said, “you better do some preliminary work in addition to the radar surveys.” This work might include digging small shovel pits or trenches across the path, but these tests seem unlikely to take place.

Fordham students similarly worry about the potential erasure of history. “By refusing to do the adequate archeological research beforehand,” Rylie Sollars, Fordham College at Lincoln Center ’21, said, “they’re quite literally paving over history simply because they wish not to address it.”

“Any plans to pave the mile-and-a-half-long greenway near the site will not detract from the history,” Parks Department spokeswoman Anessa Hodgson said, “or our ability to honor the grounds if there are in fact human remains of formerly enslaved African Americans.”