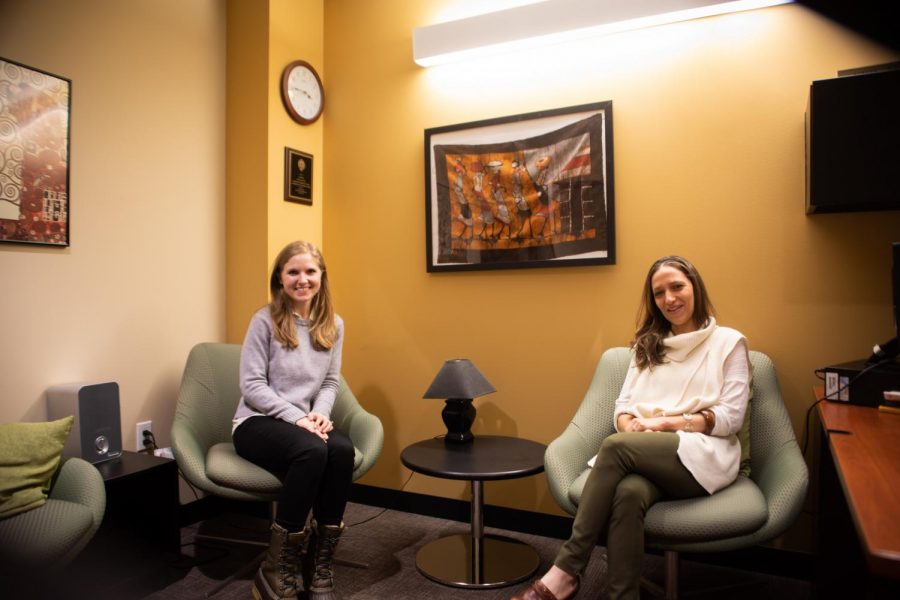 The poster that advertises Fordham Lincoln Center’s newly-formed relationships group reads with more than a hint of irony. A cluster of four penguins stand, beaks pointed upwards, huddled together in the photo on the poster’s center. The group looks slightly out of place on a snow-free, rocky terrain. “Join our relationships group,” the accompanying text reads. “Even penguins like groups!”

Yael Uness, the assistant director of counseling and psychological services, co-runs the group with Nicole Rosenfield, a psychology Ph.D. candidate.

The irony is that penguins typically live in large colonies. It comes as no surprise that they prefer group settings. The implied awkwardness of the photo, however, reflects the uneasiness that many students may feel about attending one of the relationships group’s meetings.

Not only are students sometimes hesitant to seek out professional emotional support, they also worry about the possibility of encountering someone they know, such as a former romantic partner, at a session. This latter fear is one that is especially prevalent at a small campus like Fordham Lincoln Center.

Uness has organized different variations of the relationships group in past years, but put together this particular iteration last fall.

Despite students’ concerns about seeing someone they know at meetings, Uness said that “everybody who I know who’s been in any kind of group here feels that it was worth it. What they got out of the group was definitely worth the initial discomfort or hesitation.”

She explained that the group uses any apprehension members may be feeling as a springboard for conversation. “It’s not fun to be uncomfortable, but it’s also helpful,” Uness said. “We’re able to discuss that together, and then the comfort level inevitably increases, especially when people understand that it’s a shared discomfort.”

When people see the name “relationships group,” she said, “they automatically think of romantic relationships.” Discussion, though, is not limited to romance.

“I don’t want to spoil [things],” Uness continued, “but it’s actually about any kind of relationship. The idea is that people will hopefully be able to learn more about themselves in the context of relationships.” Students discuss romantic, platonic and familial relationships at meetings.

The group has struggled somewhat in attracting student interest. It differs from the typical club or organization at Fordham in that it is a closed group — students need to first speak with Uness if they are interested in attending.

Sometimes, Uness will approach students with whom she has met for individual counseling about the group. “Ninety-nine percent of people give me this look,” she said, when she offers them an invitation, “which means ‘no way in hell.’” She stressed that the positive aspects of the group usually far outweigh any negative ones like nerves or anxiety.

“There are a lot of benefits to group therapy,” she said. “You’re learning practically because you’re actually confronting all these different relationships and others are involved in the discussions.”

Sessions are often student-run, with Uness and Rosenfield offering only brief interjections on the broader dynamics and direction of the discussions. Because the meetings are closed, the same group of students attend each week.

Uness said that this consistency allows members to quickly become comfortable with one another. “People can support others, people can bring what they like to talk about,” she explained. “The focus isn’t on them exclusively in the way that it is in individual therapy.”

For Uness, this shift of focus away from individual members is one of the most important aspects of the group. “I tell people, ‘I’m not going to put you on the spot,’” she said. “There’s nothing you have to talk about.”