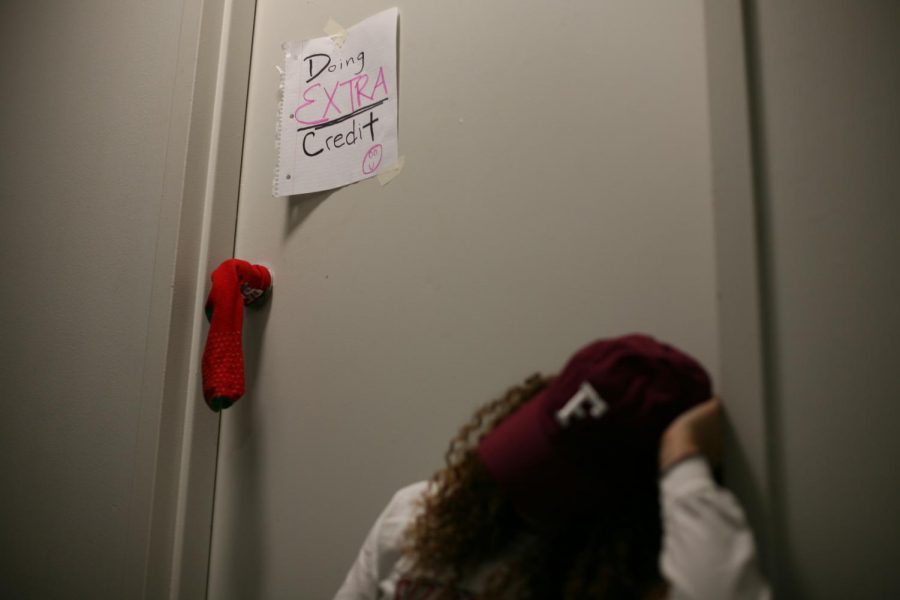 A sock on the door may not be the best solution to every problem. (TITO CRESPO/THE OBSERVER)

It’s midnight on Thursday. On your way back to your dorm from the library, you receive a text from your roommate saying, “Can I get the room for a little? Thanks so much, text me before you come in.” You pull a hard U-turn and go back into the library to revise your essay now. You have just been sexiled.

Most students adjust and become comfortable changing in front of roommates, falling asleep while others are studying or being seen with bed-head. Some things remain sacred, though. When it comes to trying to get with someone in your dorm, you most definitely do not want to do that in view of your roommate.

Sexiling is when your roommate exiles you from the room to get some alone time with someone else.

When communication is done well and the logistics are all figured out, most residents agreed that sexiling is not such a bad thing; you just have to stay away from your room for a little while. The process, however, doesn’t always lend itself in such a simple, premeditated way.

A McKeon resident was forced to sleep in a friend’s room early first semester after she was sexiled from her own room all night. The next morning, a tour group showed up because her friend had signed up to be a room buddy, but had completely forgotten. The room was a mess, so he told the tour group to look at his suitemates’ room because they weren’t there.

He was wrong. When the tour leader opened the suitemates’ door, they found the resident and a guy he had over for the night “basically naked” right in front of all the prospective students.

Another McKeon resident says that sexiling isn’t the problem; sexincluding is. He says sexincluding is when you’re in your own room, minding your own business, and your roommate and their partner are being far too comfortable.

He said his roommate and his girlfriend “start making out/grinding on each other two feet away from him.” Things really got awkward when they stopped sucking face for a moment to start small talk with him, despite still embracing one another. He ended with, “Sexile me any day, but please, don’t sexinclude me.”

A McMahon resident claimed to have it even worse saying that her roommate was constantly naked in the room. Though she got used to it, she said that “the line was crossed when her boyfriend came over and she would still be naked.”

Though it is cliche, communication is key. If you want to have someone over alone, work out a time with your roommate when they’ll be out. Make sure to text them before you come back into the room, and do not enter until you get a response. If your roommate is making you uncomfortable, let them know. Or ignore my suggestions if you want some funny stories.