As I Am: Asian Americans as Individuals 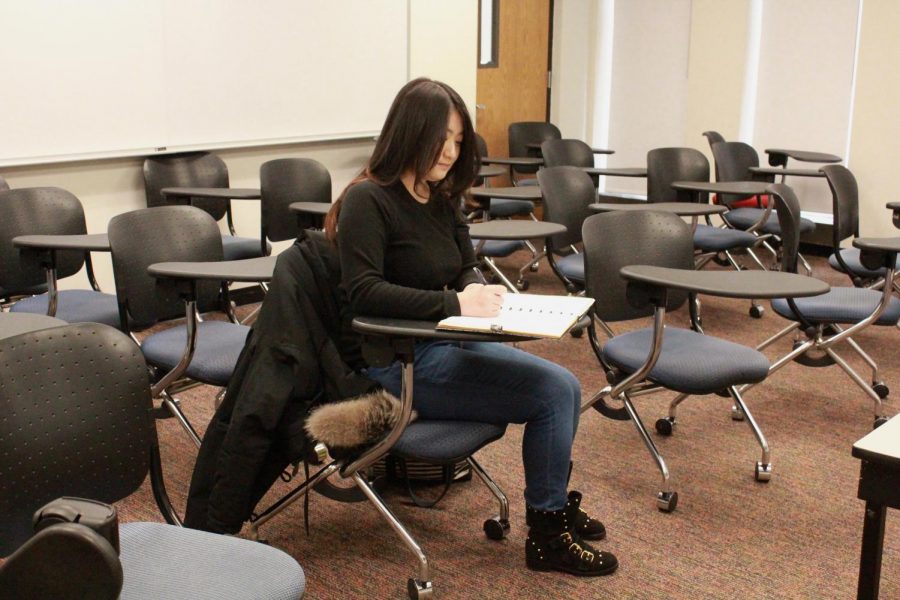 Identities are what we make of them — not what’s imposed on us.

It’s my very first day of class at Fordham, and I’m both nervous and excited: What will my professor be like? My classmates? I make sure to get to class five minutes early. I make small talk with a girl next to me. Everyone seems nice — so far, so good. When my professor enters the room, I’m at full attention. We’re given a warm welcome, and I feel my anxiety die down a bit. Then we’re given the syllabus, and I grow cold. Participation: 20 percent.

I’ve come a long way since that time. I’ve always feared being cold-called, and I’ve always dreaded public speaking, partly because I had to rack my brain to find the right words in English on top of knowing the right answer. By the time I reached high school, I was still that shy Asian girl even though English didn’t challenge me as much. When my mom went to parent-teacher conferences, teachers commended my effort but wished I would participate more. In American schools, I found that my quiet inclinations were at odds with my teachers’ expectations.

“The nail that sticks out must be hammered down.” This Japanese proverb applies to many Asian cultures, which are traditionally collectivist and homogeneous. Social conformity might as well be a law, ruthlessly enforced by the people. In such societies, individuals straying from societal norms can expect the “hammer” to inflict punishment upon them via public derision or ostracism.

Ethnically homogeneous Asian countries discourage diversity, whether it be racial, philosophical or behavioral. Of course, prominent eccentrics like the visionaries Haruki Murakami, Ai Weiwei and Han Kang, who are lauded for their individuality and creativity, exist, but they are the exception rather than the rule.

One of my earliest memories is that, while attending school in South Korea, I was an insignificant part of a whole. When we went on a field trip to the gardens, I dallied behind, exploring the flora and picking dandelions, but my teachers quickly chastised me and urged me to rejoin the group. “Sheep belong with the flock,” they chided.

Most lessons consisted entirely of lectures, and students did not volunteer to speak in class; if the teacher suddenly called on you, then you were compelled to give an answer, and it had better be correct.

The education system itself, though rigorous, did not allow for individuality or independent thought. Parents urged their children to remain quiet and to obey their elders. Asking questions during class was considered disruptive to the other students.

Asian members of collectivist societies avoid confrontation and consequently do not align with the leadership expectations of Western culture, which prizes risk-taking and constructive conflict. The stereotype that Asian-Americans are a model minority — quiet, competent and conscientious — complicates their ability to rise into positions of leadership. An article in the Harvard Business Review states that, when Asians do act more assertively to better conform with Western expectations of leadership, “they may be penalized for violating the stereotype.”

Despite being both Asian and American and having been educated in both Asian and American schools, I was painfully aware of the distinction between my Asian-American self and that of my non-Asian peers. Growing up, I felt alienated from my culture and, throughout high school, I constantly wondered whether I could — or even should — distinguish myself from the sea of Asian-American faces.

What was my identity: Asian or American? Although my Asian-American friends all shared a traditional Asian upbringing, we were nevertheless educated in American schools which value individuality and independent thought.

Nowadays, I no longer fear that the hammer of conformity might pound me down into the stereotypes that others find comfortable. I do not feel I have to justify myself by identifying as either Asian or American. I am both. I am proud of my Asian heritage just as I am proud to be an American. I do not want to worry about being perceived as yet another quiet Asian when I sit in a classroom and listen to others.

Since coming to Fordham, I have learned that the participation part of my grade is not really such a big worry: on some days, I am content to merely observe the class while introspectively taking notes; on other days, I prefer to actively engage in the discussion and assert my opinions.

I want to be recognized as the individual I am: an amalgamation of the complexities that make me as American as anyone else. Leadership is not restricted to self-assertion and self-promotion. For me, I am a listener first: I believe that listening to and fostering development in others are also important for leadership in any arena. This strategy has paid off for me at Fordham.

America is a wonderfully diverse country, and both Asian and Asian-American students should take advantage of every opportunity to familiarize themselves with the unknown and develop their own identities instead of accepting those imposed upon them. As Asian-Americans find their individuality through personal growth and education, they should also study and develop leadership traits — whether Eastern or Western — and contribute their own diverse perspectives to strengthen American culture.