Let’s Get That Yield Rate Up, Fordham 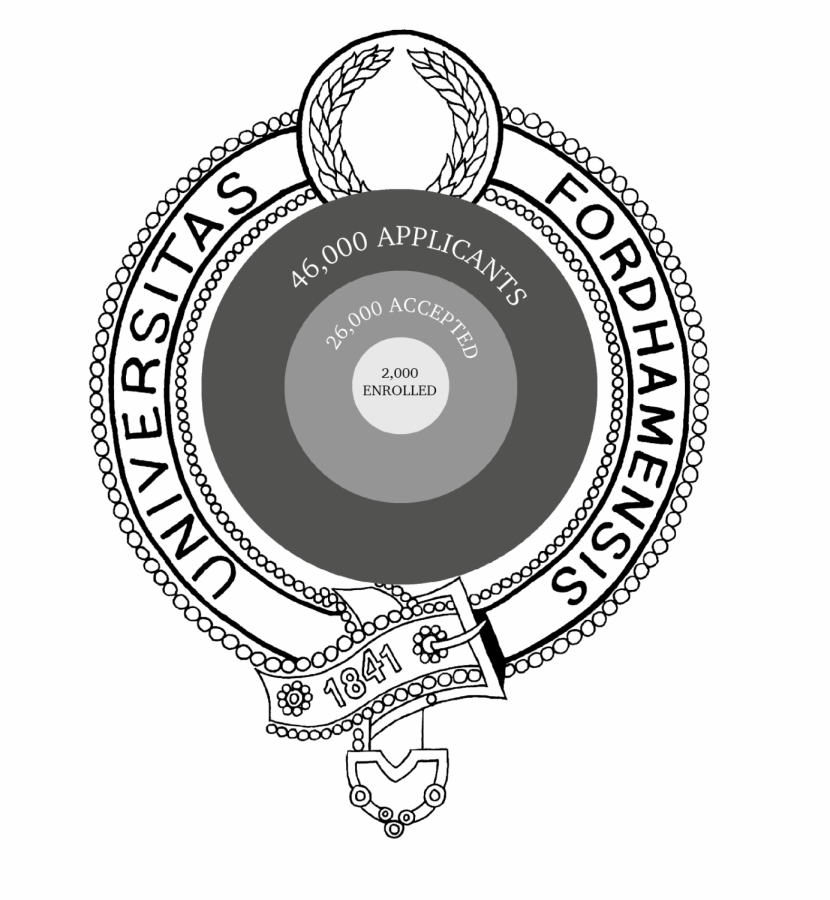 In 2005, Fordham saw around 16,000 applicants apply for a spot in the Class of 2009 with an acceptance rate of just less than 50 percent. This came as Fordham’s Board of Trustees released an ambitious 10-year plan that would return Fordham “to a position of recognized national prominence in the world of American higher education.” Thirteen years later, there were more than 46,000 applicants to Fordham’s Class of 2022. Despite a balloon in applications over this period, the acceptance rate just barely sank to 46 percent.

On top of this, Fordham’s yield rate — the percentage of accepted students who choose to attend the university — has remained virtually unchanged (if not decreased) at around 10 percent over recent years. In other words, Fordham’s applicant pool continues to rise while its acceptance and yield rates stay stagnant.

In fact, Fordham’s yield rate is one of the lowest of national universities. Yield rates are inextricably linked to higher selectivity in college admissions, a factor that carries 10 percent of the weight in determining a university’s rank in the “National Universities” category of U.S. News and World Report. In a year when Fordham’s rank on this list tumbled nine places from 61 to 70, it can only help the university to strive for a higher yield.

In an email to the entire Fordham community last fall, University President Joseph McShane, S.J. assured the university that this ranking is derived largely through endowment size. However, we cannot turn a blind eye to other factors that are taken into account when determining rankings.

There are two major changes that the admissions office must adopt to decrease the number of applications Fordham receives while also obtaining a higher yield rate.

For one, Fordham must implement a school-specific essay of some sort. Aside from the obvious benefit of attracting only serious applicants, who know enough about Fordham to write an essay on why they wish to attend, admissions officers can get a second opportunity to learn more about applicants. Perhaps a student has a particular background in their academic field of interest that they didn’t address in his or her Common Application essay. Not to mention, these types of school-specific essays are a good way to separate highly interested applicants from those who simply write a generic “Why College” essay leaving empty lines where the university’s name belongs.

With the most potential to produce a positive change, Fordham should completely eliminate their use of the Common Application. With more than 600 colleges and universities on this platform, students can now apply to one, two or even 21 colleges via the click of a button. While applications received by colleges that use the Common App continue to rise, schools are forced to make even tougher admissions decisions, leading to an overall decrease in their acceptance rates.

Prominent universities such as Georgetown that have resisted the rise of a universal college application have seen an increase in their applicant rate and a consequential decrease in their acceptance rate. However, their trend pales in comparison to, for instance, Brown University’s 50 percent jump in applicants and simultaneous six percent drop in admissions rate only five years after they joined the Common App. With Fordham now accepting more than 21,000 applicants per year with only around 2,000 students deciding to enroll, it doesn’t take a statistician to conclude that prospective students are simply not applying to Fordham as a school they primarily wish to attend.

To the entire Fordham community, we are a great university ― one of the nation’s best. Let’s not allow our stagnant acceptance rate and low yield rate hold us back. These proposed changes are not difficult to implement. They would save our admissions office countless hours of sifting through applicants while, at the same time, attracting prospective students who are interested in Fordham because of who we are as a university, not only where we’re located.

Although New York City is embedded so deeply into Fordham’s DNA that the university and the city are simply inseparable, we as a Jesuit university offer so much more than the benefit of living in New York. This should be illustrated through our admissions process.