What’s Up With the McMahon Elevators? 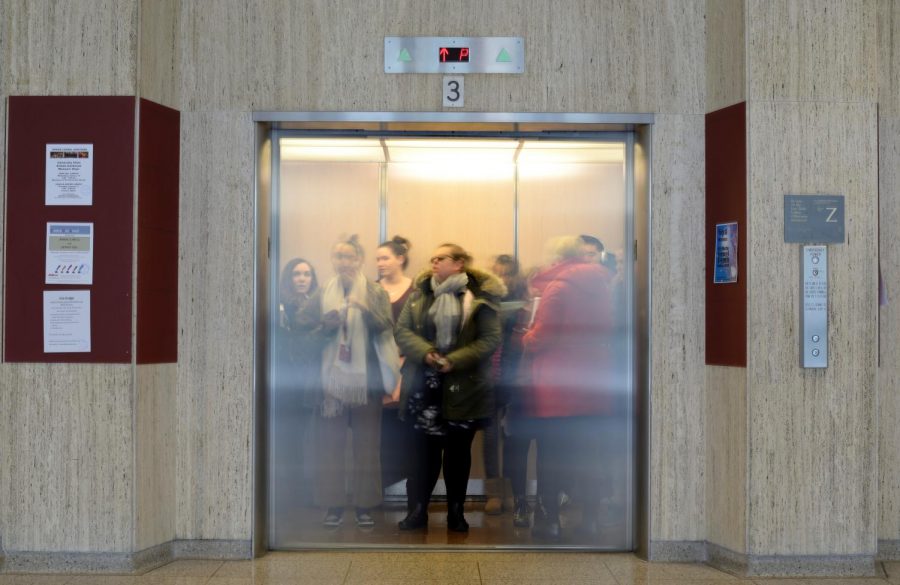 This elevator phenomenon is only known to occur in McMahon Hall.

Fordham Lincoln Center is a campus that is known, in a mostly negative way, for its elevators. Students’ feelings regarding elevator usage were perhaps best articulated in the Splinter Group’s Fordham-themed musical satire “Eternal Ramnation,” last performed in November of 2017. Its song “Two? Are You Serious? Two?: The Elevator Song” comedically calls out students who take the Lowenstein elevators to just the second floor: “There’s a special place in Hell reserved for you.”

Complaints aside, there is a mysterious phenomenon that seems to occur exclusively with the elevators in McMahon Hall, the primarily upperclassmen dormitory on campus. Occasionally, when one enters the building’s elevator lobby on the street level, the doors of a vacant elevator car will open before the button is pressed to call it, almost as if the elevator knows that a passenger is approaching.

It has long been speculated that the McMahon security guards could open the doors remotely from their desk in the lobby, and that when they weren’t busy they would do so just as students turned the corner into the elevator bank.

This theory, for the most part, seemed plausible. Emily Davancens, Fordham College at Lincoln Center (FCLC) ’19, said that she noticed the doors opened for her “pretty much only if I’m the only person there,” such as at night or in between classes. “I figured it was a security guard being nice and pressing the button,” she continued, “because I was alone and it was night and they have nothing else to do.”

Rachele Perla, FCLC ’19, also believed that the guards opened the doors, but she added that “those elevators do some really weird things. Maybe they’re haunted.”

The true cause of the elevator’s automatic opening, however, is somewhat underwhelming. Leslie Timoney, the Lincoln Center campus’s associate director of campus operations, explained that “the five passenger cars at McMahon park on different floors when they are not answering calls.” When an elevator parks on a floor, its doors will usually open.

Different cars are programmed to park at different floors — those assigned to the first floor open their doors upon reaching it.

While students like Davancens and Perla observed that the elevators open for them fairly frequently, Timoney noted that “throughout the Lincoln Center campus, the elevators are very busy and rarely idly park.” Any time that they open as if on command is strictly by chance, as the car arrives at its parking destination.

Still, Davancens said that she hasn’t had any similar encounters with other elevator doors, on or off campus. Despite Timoney’s assertion of the randomness of the phenomenon, the frequency with which it takes place in McMahon leaves room for speculation that maybe the elevators are haunted after all.