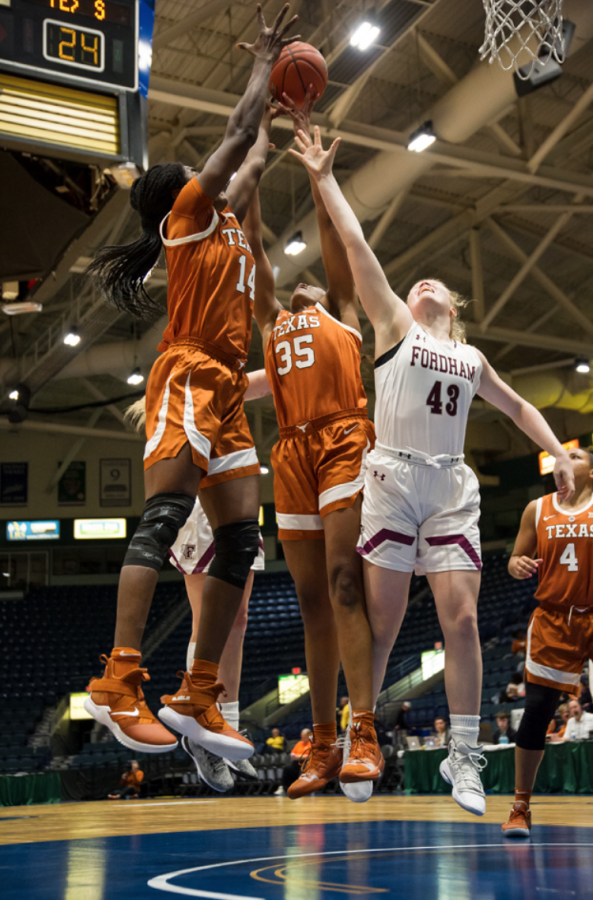 Every fall, the Hertz Arena, located in Estero, Fla., hosts the Gulf Coast Showcase. Two eight-team college basketball tournaments, one men’s and one women’s, forecast the future success of college basketball teams as they enter conference play. The likes of Notre Dame and other high-tier teams avoid tournaments at this level as they have opportunities in better tournaments but, for a team like Fordham, it provides coaches and players an opportunity to match up against high-level competition and prepare for conference play in the coming weeks.

Going into the tournament, the unranked Fordham women’s basketball team was largely considered an underdog with the likes of Texas and Missouri, ranked number 10 and 24, respectively, and perennial powerhouse Duke. A run to the championship was considered a pipe dream, which made Fordham’s victories all the more satisfying as that dream gradually became reality.

In the first round, Fordham defeated the middling Ball State Cardinals 78-70. However, a major upset in the first round between Washington and Duke raised Fordham’s hopes higher when the Huskies defeated the Blue Devils 71-64. This meant that Fordham would be playing Washington instead of Duke, who had been ranked 21st in the nation in preseason polls.

Despite receiving an ostensibly easier opponent, Fordham still had to play their best basketball to come out on top, and they delivered. After retaking the lead in the second quarter, Fordham never looked back, surging 13 points ahead leading into the third quarter and holding on to win 65–57. Fordham’s weakness lies in the its shallow bench. In order to pull off these victories, their playmakers must consistently perform. Cavanaugh, Fordham College at Rose Hill (FCRH) ’21, did just that as Fordham’s top guard, scoring 25 points with two assists, four steals and four rebounds. She carried the team that match, playing for 38 out of 40 minutes and leading the team in points and steals.

Despite a terrific team performance, another hurdle lay ahead as Texas, ranked 10th in the nation, awaited the Rams in the championship. There, the roles were reversed as Texas dominated most of the game en route to a 72-54 score. Fordham’s lack of depth on their bench was once again exposed as sitting players, much more heavily relied on in this game, scored only two points during a combined 48 minutes.

All the while, Cavanaugh fought for another iron man performance, playing 36 minutes. In that time, she scored 18 points and recorded 3 assists, 3 rebounds and 1 steal. Another bright spot in the loss came from guard Kendell Heremaia, FCRH ’21, whose 17 points, six rebounds and four assists contributed greatly to Fordham’s 54 point performance.

In reality, Fordham had little hope against Texas, a team ranked far above any projection for the Rams. But the unranked Fordham came away with great promise, surviving some of the best teams in the country for the chance to face off against a very difficult opponent in the championship. Two very talented teams in Duke and Missouri fell early, and Fordham played well enough to capitalize on this opening and make a championship appearance in a minor tournament.

The continuation of the Ram’s success is dependent on the improvement of their bench players. Key players like Cavanaugh and Heremaia can only carry the team so far, and with such a long schedule in a sport based on depth and endurance, other players will need to raise their game to match their initially successful teammates. Regardless of possible troubles down the line, Fordham women’s basketball is proving to be one of the more successful teams on campus this year.