There Is More Than Enough Citizenship to Go Around 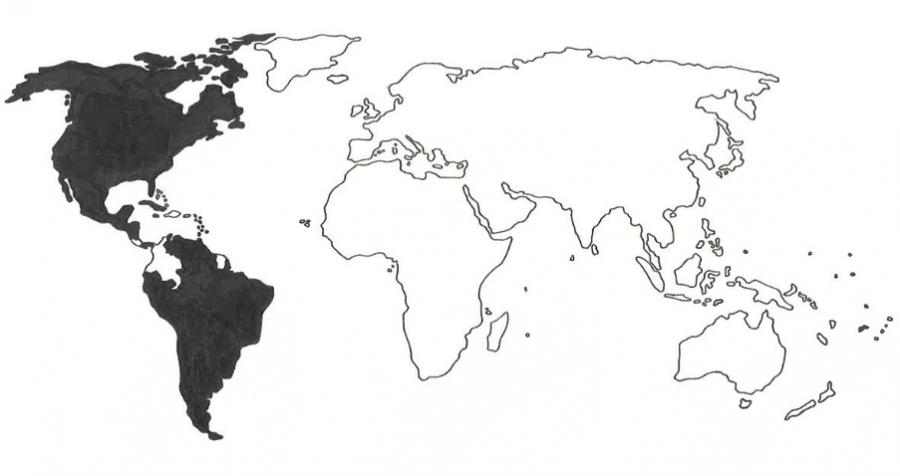 The countries that grant birthright citizenship.

Recently, President Trump voiced his intention to do away with birthright citizenship (which is, briefly, the granting of U.S. citizenship to anyone born in this country, regardless of their parents’ citizenship status). Although the promised executive order is yet to be carried out, Americans have been forced to confront logistical questions such as those concerning the powers of the executive branch and the wording of the 14th Amendment. However, the issue also raises more abstract questions about what citizenship means to each of us.

Labels like “American” are whatever we make of them. There is no correct definition of an American, and no finite amount of “American-ness” allocated amongst those who partake in the identity.

The more expansive and inclusive the label, the more meaningful it is because everyone adds something of their personal experience to the term. Citizenship is more complicated than the abstract American identification because it is attached to tangible benefits granted to all citizens.

Still, there is no finite amount of citizenship, and no reason to believe that some people born in this country are less deserving of its citizenship than others. This is a problematic notion, particularly when used to target certain groups with rhetoric that is subtly (or not-so-subtly) racist.

Trump’s proposition is aimed primarily at children born to undocumented immigrants after their arrival in the United States. His ally, Sen. Lindsey Graham, has expressed support for the curtailing of citizenship, saying that “This policy is a magnet for illegal immigration.” Trump himself calls for an end to birthright citizenship in conjunction with securing the border, indicating his targeted hostility to birthright citizens who hail from below the southern border.

With or without legal documentation, immigrants, by and large, have come to make a home and a life here for themselves and their children. As they currently stand, undocumented immigrants’ options for a path to citizenship are very limited, and they would likely remain the same for their children if birthright citizenship were revoked. As an American citizen, I am grateful and proud to share the benefits of citizenship with anyone who calls this country home.

If we look at some examples of these individual benefits, there are good reasons why our government should be not only willing but also eager to grant citizenship as widely as possible.

For one, citizens are able to vote and are eligible for federal jobs and elected offices. This country likes to pride itself on a government which derives its power from the people. Activists and officials alike claim to support civic participation and work to maximize turnout. Eliminating birthright citizenship would shrink the pool of eligible voters a few years down the line (when the newest generation reaches voting age). Everyone living here is affected by the decisions made by the government, so why should everyone not have a voice in that representation?

Citizens are also able to apply for many scholarships and government grants for education. These are resources that our leaders should want to make available to as wide a population as possible.

Investing in education is investing in the future of the nation, and ensuring that education is accessible to each new generation of innovators ultimately benefits the whole society. Considering that funding for education made up less than two percent of federal spending in fiscal year 2018, officials could certainly see fit to make it a larger priority than they currently do and should aim to make it available to more people, not less.

It is also worth noting that citizens are given priority and increased options in petitioning for immigrant visas for relatives to gain entry to the United States, which encourages legal immigration.

These are among the practical reasons not to limit citizenship, but it is also important to consider the symbolic message that such an action would send. America is a nation of immigrants. We the people should celebrate our diverse heritage rather than stifle it; there is nothing more truly patriotic than pride in American diversity, and yes, there is more than enough citizenship to go around.