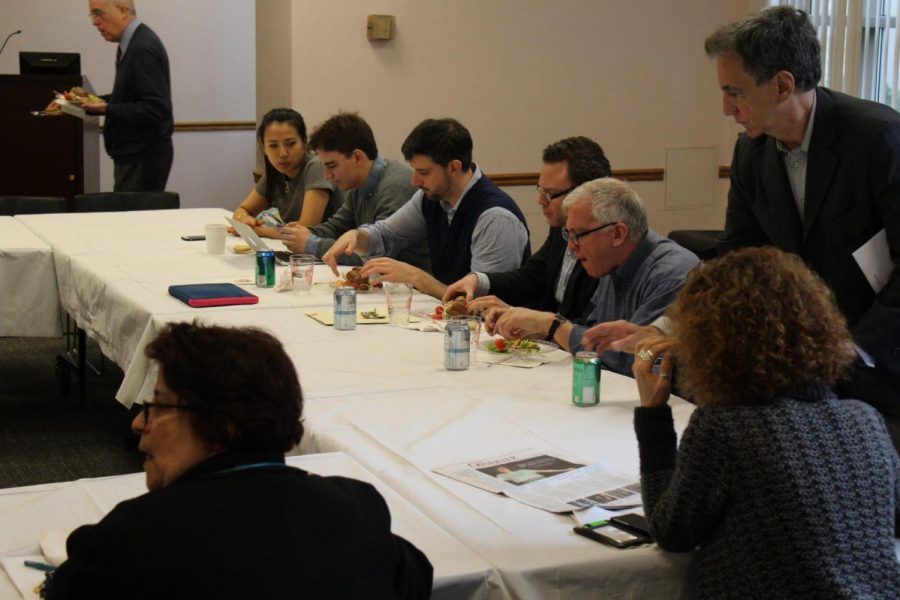 On Dec. 3, University President Rev. Joseph M. McShane, S.J., announced his plan to shift the Continuous University Strategic Planning (CUSP) process into its second stage. The phase is designed to channel and solidify the university’s Strategic Framework into “priorities,” equipped with an $8.1 million budget and all of three months to decide where to cache it.

Leading the initiative is a committee of high-ranking administrators and faculty, vice presidents, deans and department chairs tasked with compiling the priorities, funds, timelines and all, into a package for review by the Board of Trustees in their December 2019 meeting. Before that, they plan to reveal their decision to the university community in March.

Professor Patrick Hornbeck, one of three members co-chairing the committee, expressed his optimism for the process. “Now it will be up to us to put those tools to work in making concrete choices about Fordham’s future,” he said.

The university’s future was not always so well mapped out, according to Jonathan Crystal, interim provost and the newest co-chair of the committee. The current administration’s initial strategic plan was much more rigid, he said. “It was a plan that set goals, but because the environment changed so rapidly, because we had no idea, for example, that there would be a recession in 2008 that would lead to a decline in Law School applications, or that we didn’t know that Business education would become more popular … we decided we needed a more nimble approach.”

The corresponding answers, however, have yet to be hashed out. Frameworks, both university-wide and school specific, are in place. But committee members, set to meet for the first time on Tuesday, Dec. 11, were reluctant to speak too soon. “I am honored to have been invited to serve on CUSP, however, the committee has not had its first meeting yet,” Kay Turner, vice president of Human Resources, said, “so to comment at this time may be premature.”

Senior Vice President for Enrollment & Strategy Peter A. Stace explained that CUSP’s second stage will consider three factors in its direction: the Strategic Framework laid out over the last three years, the strategies of local schools and offices and the overarching trends of higher education. As another co-chair of the committee, Stace stressed that “How we proceed and the particulars of strategy and action are the work of the committee to be advanced in the months ahead with broad community engagement.”

Members of Fordham College at Lincoln Center (FCLC) have not always felt like that consideration extended to them. At a 2016 FCLC College Council meeting, professors expressed their frustration over a draft of a CUSP discussion on the university’s future, many noting that Lincoln Center was partly left out of the university’s overall conversation.

At the time, Professor Mark Botton, Ph.D., pointed out language in the document that prioritized investment in “engaged science education at the Rose Hill campus” and noted that it suggested a lack of interest in the Lincoln Center campus.

Many of those aspects will need to wait until Dec. 11 to be worked out. Crystal was even hesitant to speak before the meeting on aspects of McShane’s email, like details about the $8.1 million carrying over into future years, applications for strategic funding (to be released over winter break) and the “relatively short timeframe” of his charge.

Simply put, there is a mission and money to back it up.

“The idea is that we want to put some resources behind these initiatives that we feel can really be transformative, that can have a real effect in terms of a Fordham education and some of the innovative things that we want to do,” Crystal said. “So we have some funds to make those ideas a reality.”