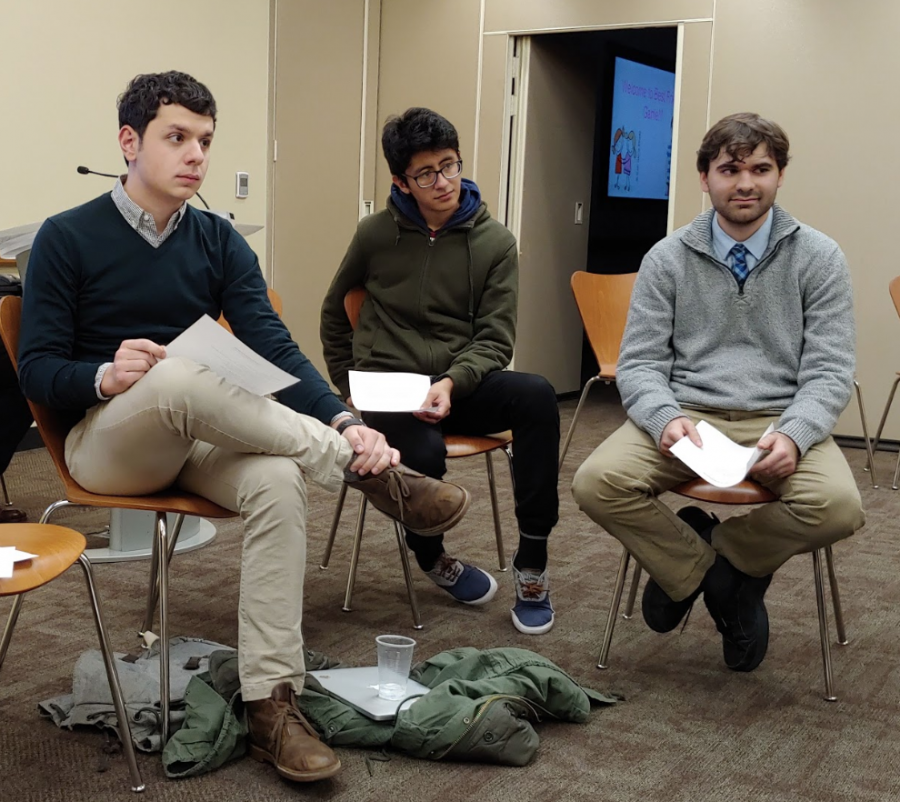 After a semester of student unrest and internal division, Fordham Lincoln Center (FLC)’s United Student Government (USG) is heading into the spring semester with a united front and high hopes for better communication with students and administrators alike.

Throughout its fall 2018 semester, the current board of USG has undergone its fair share of difficulties, particularly concerning the recent budget freeze and subsequent resignation of vice president of operations, Austin Tong, Gabelli School of Business ’21 on Nov. 19. Despite this obstacle, members of USG assure students their government is more united than ever.

“It’s not a crisis. It’s less than ideal, but that doesn’t mean that we can’t move past it,” Katina Smith, Fordham College at Lincoln Center (FCLC) ’19 and vice president of USG said. “Clubs shouldn’t be worried because [they are] the most important thing, and if there are no clubs on campus, then there isn’t club spirit, and then there isn’t a community feeling.”

Community feeling, in fact, has grown over the course of the semester through various events and traditions put in place and expanded by USG. Plans for the future include a 300-plus person game of clothespins and a commuter-resident mixer for the spring semester. More recently, USG has taken steps to make traditional events like the annual tree lighting ceremony more accessible to students by shifting the time to 6 p.m. to accommodate students going to and from classes.

Most notable are Fordham Fridays, Smith’s attempt to stir up community spirit by encouraging students to dress in Fordham maroon on the promise of a free slice of pizza.

“It’s exciting to see people that are wearing maroon and are getting excited every Friday, because they then know what student government is,” Smith said of the popular weekly event. She also believes it generates presence for USG on campus outside of town hall meetings and the purview of club leaders. The people coming to Fordham Fridays, are “not just a club leader, it’s just someone that’s maybe going to class. I feel like the niche Fordham event is getting free food and then leaving, and that’s exactly what Fordham Fridays is … it’s creating a community vibe between what you’re wearing and what the student government means to you,” she said.

USG also aims to use events such as Fordham Fridays and the recent tree lighting to enable more interaction from students outside of formal events like town halls. Suggestion boxes are now placed at the site of all USG events, so students can easily and conveniently communicate their concerns to their representatives. While suggestion have been received, Smith has called the process a “slow hike,” noting the fact that while 200 people get pizza on Fordham Friday, only 20 suggestions end up in the box.

Student attendance to USG policy meetings has also experienced an increase, albeit less than stellar: at the recent town hall, USG President Demetrios Stratis, FCLC ’19, stated that the 20 people in attendance were “the most he’d ever seen” at an upperclassman town hall.

“Last year, it was just three people coming in and eating pizza and talking without anything to say,” Stratis said of the change in the town hall’s quality. “This was a very good turnout … we had an agenda we had a formalized plan, we had food, and it worked well. I really liked that students who normally had not had a change to go to a town hall came to this town hall to listen, because they knew this was a thing and they paid attention to it and that was a good first sign.”

Continuing the spirit of making USG more readily accessible to the students, Stratis plans to hold next semester’s town hall at the beginning of the term. He also plans to promote USG events openly to students via a USG Instagram account he revitalized after a year of inactivity, redesigned the USG website, met with individual clubs and even published a weekly newsletter. “We can’t expect people to know what’s happening all the time if we ourselves are not communicating,” Stratis said. “We need to be more open about what is going on.”

Transparency also reigns as a prominent topic for USG in the year to come, especially regarding dealings with administration in the wake of crises like the minimum wage raise and transgender, gender non conforming and intersex students’ rights.

“Always at the forefront are the rights of students,” Stratis said. “We’ll be advocates, we’ll help student leaders. You can always expect a statement from USG. We’re not going to have our hands tied.”

Despite the slow increase in student involvement and its bureaucratic hurdles, USG remains optimistic for next semester in nurturing the Fordham student community spirit and gaining more traction with events and involvement. According to Stratis, 2018 yielded more new clubs seeking organization than any of his other years on campus, in addition to his biggest town hall and largest tree lighting ceremony yet.

The most important factor in gaining this popularity, Smith said, was the focus on making engagement convenient for the everyday student. “I think it’s important that you approach students so students know that USG wants input. If someone has to come to you, I feel like it’s not as impactful as you going to someone and asking how you can help, what you can do, and taking those steps forward.”

“I just hope to see more student involvement,” Smith concluded, “So we can know how people want us to cater the time we do devote to this club, and how we can best use that time for things that people want to see.”