Review: ‘Kennedy: Bobby’s Last Crusade’ Is A Glimpse Into American Politics 50 Years Ago 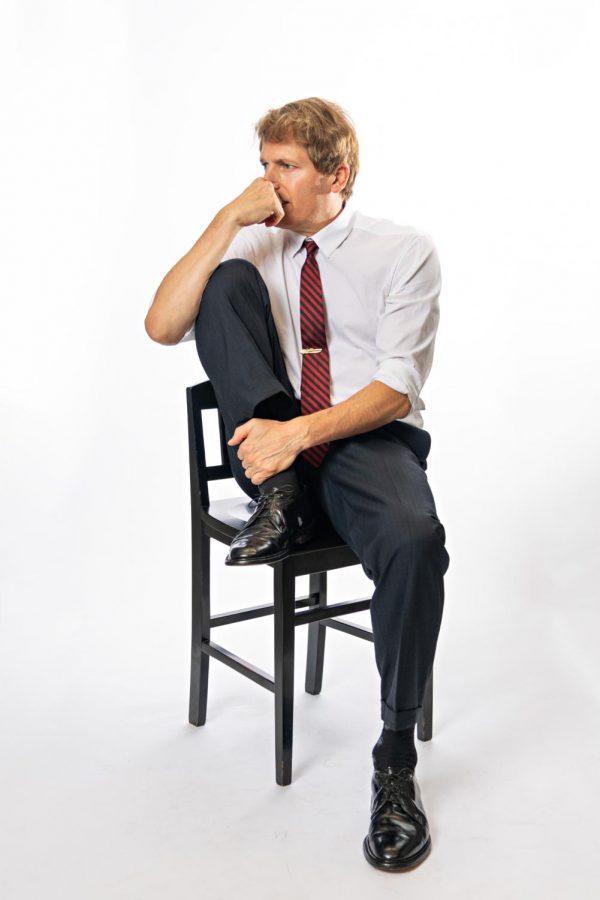 As I ascend the steps to my seat, I am met with a set that is loud, political and tells a vivid story well before the show starts. The set design, by James Morgan, is framed with Robert F. Kennedy campaign memorabilia and posters with phrases that are reflective of ones seen during his 1968 campaign. I went into the show with minimal knowledge of RFK and his political career. I mostly knew the basics: brother to JFK, family to one of the most well-known American dynasties and tragically assassinated. What was to come would be 90 minutes of a glimpse inside the head of one of the most famous Democratic politicians in U.S. history.

The play starts off with a fast-forward to the night Robert F. Kennedy, otherwise known as Bobby, was shot at the Ambassador Hotel in Los Angeles on his way to the hotel kitchen just moments after accepting his win in the California primary against Eugene McCarthy. Arrow recites the thoughts spinning through Kennedy’s mind up until the moment he was shot and a young male server, who he previously met, was holding up his wounded body.

As a member of the audience, I sat there listening to the sounds of chaos — gunshots, screams and flashing cameras.

After this infamous moment in history, we transition to the U.S. Capitol Building: Senate Caucus Room on Mar. 16, 1968, as stated in a projection on the back wall of the stage, to where Bobby Kennedy announces his candidacy for the presidency of the United States.

He states, “I run because I am convinced that this country is on a perilous course, and I feel that I’m obliged to do all that I can. I run to seek new policies — policies to end the bloodshed in Vietnam and in our cities, policies to close the gaps that now exist between black and white, between rich and poor, between young and old, in this country and around the rest of the world.” The words Kennedy proclaims ring through my ears. Within the first five minutes of the play, I am already captivated by his words — ones that are much needed in our world today.

Throughout the play, Kennedy continues to provide the audience with insightful stories that happen along his campaign. Some of his speeches are eerily similar to ones we hear today, especially with the most recent midterm elections having just passed. Kennedy, along with his late older brother, President John F. Kennedy, brought hope to the lives of Americans, many of whom did not have much hope in the political climate of 1968, and even still today.

The play mentions Kennedy’s extensive work with Native Americans and African Americans and the role he played in giving a voice to underserved groups. Even with the hope he tried to instill, the play also touches on the disparities between divided America with Kennedy recounting a question from a rally at Ball State University in Muncie, Ind. A black student from the University asks, “I agree with the programs and proposals you are making. But in order for them to work, you’re placing a great deal of faith in white America. Is this faith justified?” Kennedy answers, “Yes.”

Kennedy’s last months alive while campaigning for the presidential election portray his attempt in creating a unified America, something in which we are still struggling with today. What would have happened if a second Kennedy won the presidency? Would Democrats control the Senate? Would there be less of a divide on what defines American values? Would freedom and justice be words used by every human in our nation? These are questions that can regretfully never be answered but used as an inspiration on how we decide to help contribute in shaping of our country’s future.

As one critic puts it, “‘[Kennedy:] Bobby’s Last Crusade’ is a sincere tribute to a Democratic hero of the past, giving us plenty to ponder in choosing the hero of the future.” I say there can always be more than one hero. Though Kennedy was by no means perfect, the play presents us with the portrait of a citizen who has the passion and guts to help make our country just for everyone.