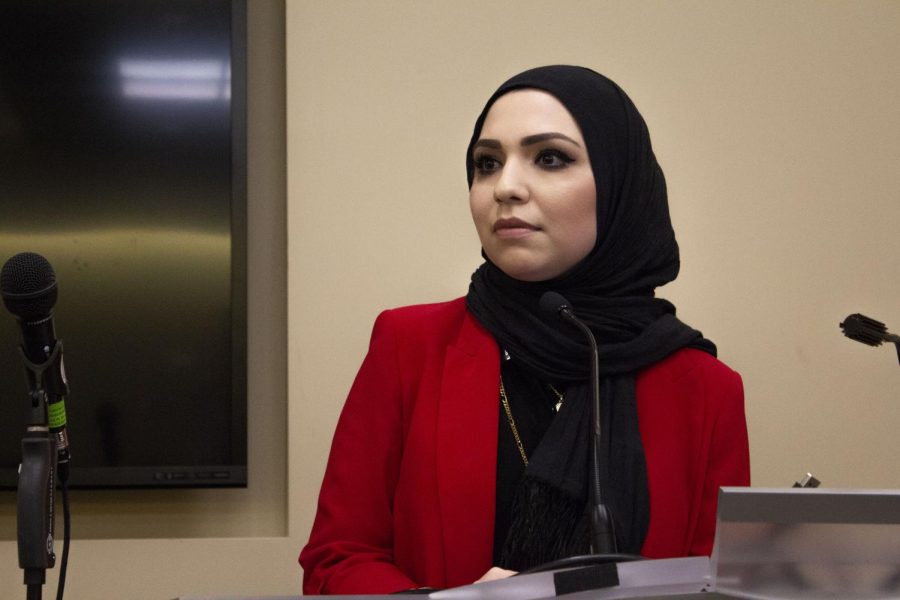 “Isra, when are you going to realize that someone who looks like you is never going to win?”

Those words were said to Isra Chaker, an activist, policy advocate and Refugee Campaign Lead at Oxfam America, when she was just a sophomore in college by another student.

After the most contentious student government election ever held at the University of Colorado Boulder — a dirty, political battle fought in the clean suburban streets of the small western town — Chaker’s concession speech was met by her opponent with the very problem she had sought to address in her campaign: intolerance.

“What does it mean to advocate? It means to figure out what policies need to change, who are the people I’m trying to influence and how can I meet them and get them to meet me where I’m at?” Chaker said, a message that she said kept her going through the bigotry and racism she was confronted with growing up in Colorado. It was also the message that guided her through her career as an advocate for refugees and immigrants in the United States. It was this message that she hoped to spread to the students of Fordham Lincoln Center on the night of Wednesday, Nov. 7, when she was invited as a guest speaker by Fordham’s Muslim Student Association (MSA).

After dedicating most of her college career to fighting intolerance within the administration and student body of CU Boulder, Chaker was unsure of what she wanted to do with her degree in architecture. Coming up with the profession “social architect” on her own was hard enough, but explaining that decision to her parents and moving to Washington D.C. to pursue a career in activism was infinitely harder.

She told her parents that she was not going to pursue a STEM career, unlike everyone else in her family of immigrants, but instead was going to use her voice and knack for causing trouble to advocate for justice and reform in America. After working for various non-profit organizations and non-governmental organizations with operations around the world, Chaker aimed for the position of Refugee Campaign Lead at Oxfam America, a cohort of charitable organizations dedicated to combating world poverty and injustice through action.

“Living in a city like D.C., you’re right there in the pulse of it, it kind of gives you no excuse to miss a protest,” Chaker said with a chuckle. She commented on Fordham students’ ability in New York City to do the same — the power for advocacy in the “capital of the world.”

Students were encouraged to ask questions about what they could do to combat injustice in their communities and in the seemingly impenetrable arena of national politics. Chaker had a very simple rule for advocates to remember: “It will never change if people don’t hear your voice, if people don’t understand your story.”

Chaker’s story is one of a student who simply never gave up her passion to fight for what she believed in. Even as a student interested in architecture, she found a way to lead a life of speaking her opinion and giving a voice to the issues she cared about.

This determination propelled her forward as an advocate in a career field many consider to be unstable; she now leads a team of over 30 people and has produced with them countless hours of media, demonstrations and art dedicated to bringing a voice to America’s immigrant and refugee populations.

Her most recent projects include conducting interviews with refugees in the childhood home of President Donald Trump and developing a widely adopted anti-bullying campaign designed around the experiences of young women, particularly those of color, in America’s school system.

“Don’t let anyone make you doubt the power of your voice and your resiliency,” said Chaker when asked if she had any advice for student activists at Fordham University. “Stand firm in your agency and be unapologetic in who you are. Always.”

Correction: A previous version of this article stated that Isra Chaker is a project manager at Oxfam International. She is a Refugee Campaign Lead at Oxfam America.