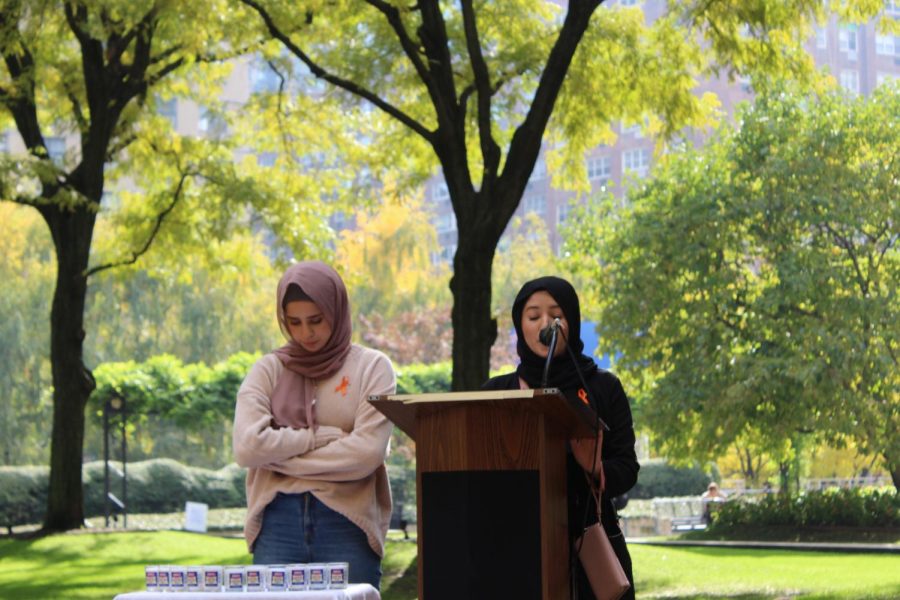 Devastating. The word was on the lips of each speaker addressing the grieving community during the Nov. 1 vigil held by the Jewish Students Organization (JSO) for the 11 lives lost that week in the attack on the Tree of Life Synagogue in Pittsburgh.

Members of Campus Ministry, students and professors bordered the speaker’s podium, which stood beside a table of unlit candles to honor the victims of the attack. Following prayers recited by JSO members Brandon Satz-Jacobowitz, Jack Bugbee and Jordan Goldberg. Members of the Muslim Student Association (MSA) and Desi CHAI offered their own words of wisdom in solidarity and reminded those with them that community is the most important quality to remember in times such as these. MSA referred to the members of all faiths as their “brothers and sisters,” extending hands and hearts to fellow minorities.

Brandon Satz-Jacobowitz, Fordham College at Lincoln Center (FCLC) ’19 and president of JSO too pointed out in his opening statement the importance of unity. “During times of darkness,” he said, “we must find light within one another.”

Without exception, each speaker present noted that one does not have to live in Pittsburgh in order for the community of the Tree of Life Synagogue to be their home. The beliefs between faiths do not stand separate from one another, members of MSA added.

In one of the final speeches, Demetrios Stratis, FCLC ’19 and president of United Student Government, asked students to reflect on the event. He narrated a compelling story with respect to his ancestors, reminding the crowd of the power that compassion has on generations of individuals and that in order to bring about positive change, we must find that compassion within us. As Stratis so effectively put it, “the change begins within ourselves.”