The Rise of a Tyrant: Start Caring About Bolsonaro 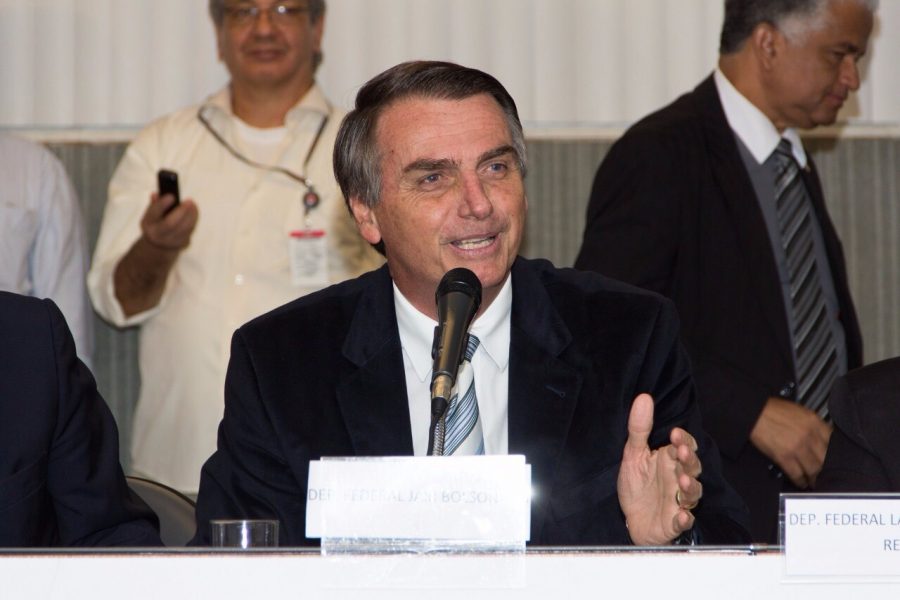 Brazilian President-Elect Jair Bolsonaro is the latest in a series of far-right politicians to come to power around the world.

He would rather his son die in a car accident than be gay. He told a woman she was “too ugly to be raped.” His name is Jair Bolsonaro and he is the president-elect of the fourth largest democracy in the world.

Bolsonaro’s rise to power began when he joined the Brazilian military at age 22. Thirty years and a handful of active duty awards later, he was nominated by the Social Liberal Party to run for president. Because he won 46 percent of the vote (which was less than the majority he needed), he and Workers’ Party candidate Fernando Haddad, who came in second, had to have a runoff election. It was here that Bolsonaro secured the presidency, a position that he will assume come Jan. 1, 2019.

This all occurred despite Bolsonaro’s pattern of appalling behavior. On a Brazilian television show in 2013, he said that he was “homophobic and proud of it.” In 2003, he pushed a fellow congress member and called her a slut. He frequently advocates for the prohibition of abortion in all cases and said that Brazil did not owe the African-Brazilian community anything because “…if you really look at history, the Portuguese didn’t even step foot in Africa. The Blacks themselves turned over the slaves.” Over the past fifteen years, it has become explicitly clear that Jair Bolsonaro is toxic for such a powerful country.

Yet, there are relatively few U.S. news articles written about the man. While President Donald Trump tweeted that he and Brazil would “work closely together on Trade, Military and everything else,” there is an audible silence in the Western news sphere.

So why should Americans care? Along with Trump and Filipino President Rodrigo Duterte, Bolsonaro follows the startling trend of the election of far-right candidates. Despite several comments calling into question his moral fiber or his equation of those who are gay to pedophiles, this man was elected in part due to the wave of far-right politics washing over the globe. Why should Americans care? Because if nothing is done soon, this will continue as minority groups are pushed back into the margins of society from which they have worked so hard to arise.

His blatant disregard for women, LGBTQ people and other minority groups has caused organizations such as Amnesty International and Women United Against Bolsonaro to rally against him. Despite this, he has started the transition into presidency with relative ease. Although Brazil is home to one of the largest rainforests in the world and Bolsonaro plans to dissolve the Ministry of Environment, it has not made breaking news. If more Americans remain ignorant to this plight, Brazil – perhaps even the rest of the world – will be doomed to an environmental catastrophe of terrifying proportions.

The kinds of leaders who put their own financial gain above the concerns of others and the improvement of the nation are all too common in the modern world. A constant pursuit of power based on demeaning others is not a redeeming quality in any kind of person, let alone one running for president. When the president-elect of such a powerful country is calling democracy in Brazil a lost cause, the world needs to start paying attention — lest we allow the warped moral codes perpetrated by these deeply-flawed leaders to become the standard.