Climate Change Is Worse Than You Think 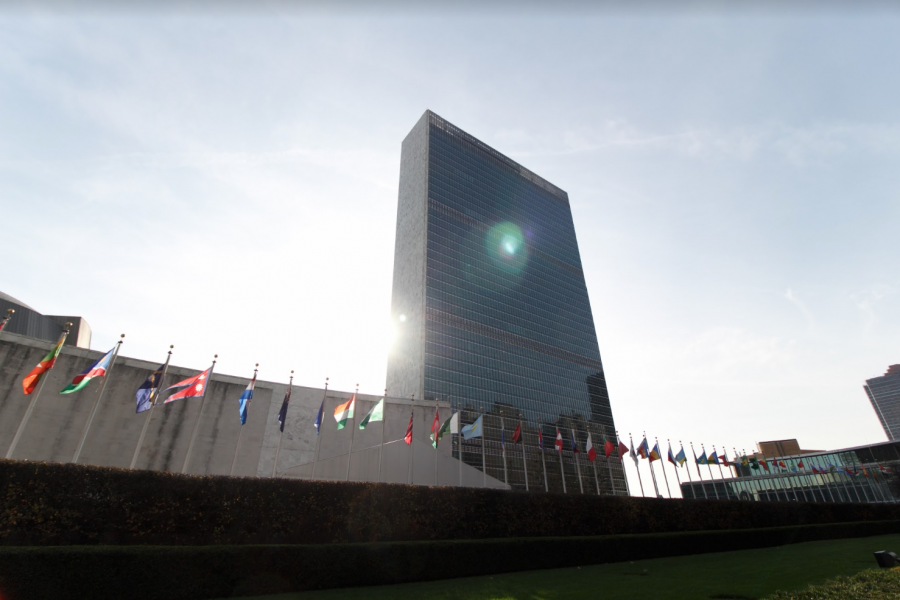 The United Nations released its climate report in October. It bodes poorly for the future of the globe.

On Oct. 8, the United Nations’ Intergovernmental Panel on Climate Change (IPCC) released a report announcing the scientific consensus on climate change and the world lost its mind. The breathless media coverage, social media flame wars and political grandstanding were not hysteric or unwarranted. In fact, it was a drastic underreaction. The enormity of the threat that global warming poses to the world as we know it is unmistakably dire — to an informed observer, our collective indifference is unacceptable.

The world’s target, according to the IPCC, is to end the rise of global average temperatures at only 1.5 degrees Celsius. This amount of additional heat will bleach almost every coral reef on the planet and create water scarcity for almost 300 million people in developing nations. Dangerous heat waves and massive wildfires like the Camp and Woolsey fires in California would come even more frequently, while unusual cycles of drought and flooding would jeopardize the world’s food supply. This result — a climatic shift bigger than anything seen in human history — is, according to the scientists of the IPCC, the best-case scenario. On our current course, we will surpass 1.5 degrees Celsius of warming by 2030.

In reality, if every country followed the exact policy guidelines described in the Paris Climate Accords, we would be lucky to cause as little as three degrees of warming. Currently, only two countries have honored this commitment, so four degrees and upward are considered the likely warming by 2100. To call this a climate catastrophe would be a gross understatement; even our most severe labels seem paltry when compared to the enormity of the issue.

Four degrees of warming will put Southern Europe and Northern Africa in a state of permanent drought. Wildfires in America will rage upwards of six times more devastating than they do now, annually scorching an area the size of Michigan. We could see hundreds of millions of deaths from air pollution alone. Worldwide, grain production will fall by half. The economic growth will slow to 70 percent of its normal rate. Rising sea levels will swallow or flood not only Miami, Delhi and most Pacific Islands but also New York City itself — turning Lower Manhattan, Brooklyn and Queens into archipelagos, putting LaGuardia and JFK airports out of service and ensuring that the D train really will never arrive.

This will only happen, of course, if we do nothing to stop climate change. Unfortunately, the hope of prevention is becoming more far-fetched.

In a time rife with scandal and ugly revelation, the IPCC report should stand out. A massive mobilization of the national resources from every major geopolitical power, applied in every aspect of daily life, industry and infrastructure, is our best chance at preserving the world.

The IPCC recommends a global carbon tax of $5,000 per ton, but this alone is not enough — there also must be a second agricultural revolution, an unprecedented investment in renewable energy development, a worldwide change in even the most basic aspects of lifestyle and a religious commitment to maximizing efficiency in appliances and homes. Even then, to limit warming to 1.5 degrees Celsius would require carbon-removal technology that is untested and undeveloped.

Politicians may moralize about climate change, but even for the most progressive among them, a single subsidy for the electric car industry is considered a landmark victory. Any serious climate legislation, on the other hand, must necessarily number among the most ambitious policy programs in history. Those with their hands on the levers of power have great potential to bring change, and in their position, a lack of boldness is a betrayal. We don’t have the luxury of delay or incremental change at this scale; when it’s life or death, we can’t afford to trip over the red tape. There is no single day of reckoning for climate change — every moment we fail to act, we see things get worse.

The task ahead of us seems daunting. This is a problem collectively created by seven billion humans and a handful of corporations. It almost seems unfair to call on us to sacrifice so much — our cars, our steaks, our straws; why should we, when only these 25 companies have been responsible for half the problem? The answer, of course, is that we create the demand that sustains them. Our lifestyle supports a meat and dairy industry responsible for about 15 percent of global greenhouse gas emissions, a transportation infrastructure responsible for another 15 percent and a heating and electric need responsible for a further 25 percent; reducing our consumption of these resources is our best way to reduce their impact. The trendy vegan restaurants, hipster bike lanes, and flashy Energy Star™ appliances really are some of our most effective weapons in this fight.

Of course, in the face of a large-scale irreparable climate crisis as early as 2030, it’s hard to see how Meatless Monday does any more good than whistling in a hurricane. Any mitigation must start now and be absolutely comprehensive to have a chance. The enormity of the challenge means even the most drastic of our individual actions and sacrifices will have very little impact alone. It’s easy to get lost, despondent and apathetic, but on the contrary — everything you do matters. There is no single person causing climate change, and there is no single person who can stop it. We may not see much return on our investment, but it’s important work nonetheless. Maybe one person putting on a jacket instead of the heater or deciding to carpool won’t save the planet alone, but it is useful and necessary regardless. It took the collective action of several billion humans to get us into this mess, and it’ll take the collective action of several billion to get us out of it. Climate change is continuous and terrifying. It calls for all hands on deck; for everyone to play their part, no matter how small. Every little action we take helps to delay what seems inevitable — to stall, however briefly, the end.