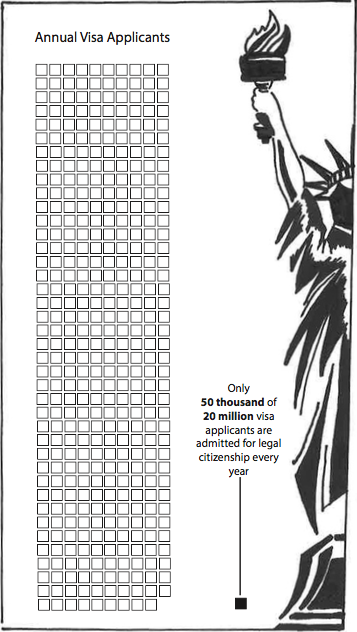 On Oct. 30, President Donald Trump announced his intention to end birthright citizenship in the United States by means of an executive order. His unprecedented move calls into question the ability of a sitting U.S. president to unilaterally supercede judicial precedent without an act of Congress. If enacted, Trump’s executive order is likely to be challenged in federal court.

Regardless of his authority, or lack thereof, to enact such an order, should it be done? Both Democrats and Republicans have aired grievances over birthright citizenship for decades. In 1993, then-senator from Nevada Harry Reid declared that “no sane country” would allow birthright citizenship. “If you break our laws by entering this country without permission and give birth to a child, we reward that child with U.S. citizenship and guarantee a full access to all public and social services this society provides — and that’s a lot of services,” he remarked.

Although he has reneged on that stance, Reid’s comments echo the current concerns of Trump and his Republican peers in Congress, as well as many Americans at large, including myself.

The United States and its progressive neighbor Canada are the world’s only developed countries (as defined by the International Monetary Fund) which grant unrestricted citizenship to children of noncitizens. No European countries, including those in Scandinavia often idolized by Democrats for their economic and social policy, offer this privilege.

The Pew Research Center estimated that 250,000 children were born in 2016 to parents residing in the U.S. illegally. They also found that around 5 million U.S.-born children are living in the United States with at least one parent residing in the country illegally. However, this figure does not include those children who are now 18 years or older, so the more accurate number is larger.

While these parents cannot reap the benefits of various U.S. social welfare programs, their U.S.-born children can. Almost 4 million children and their parents living in the country illegally received food stamps during 2015, according to the Department of Agriculture. While the Department did not offer a cost estimate for this food stamp usage, a General Accounting Office letter from just over two decades ago provides some clues. “In fiscal year 1995, an estimated $1.13 billion … was provided to households in which either the head of household or his or her spouse was an illegal alien,” the letter reads.

However, the economic benefits provided by illegal immigrants far outweigh the cost of their food stamps. Immigrants residing in the U.S. without legal permission pay about $11.7 billion a year in state and local taxes, excluding the other economic gains that migrant workers provide to the American economy through their employment.

Trump should recognize that millions of these U.S.-born children with parents living in the U.S. without legal permission have contributed to the economy like their counterparts with American parents. I do believe birthright citizenship should be ended, but it is imperative to understand that these children are just as American as those with American parents. They were born here, raised here, work here and raise their own families here.

The pathway to legal citizenship in the United States is a convoluted mess that can force individuals to wait decades before even being considered for permanent residency. The diversity lottery program is a disaster — around 20 million people apply every year to fill 50,000 visas. In turn, people who feel they have no chance at ever gaining citizenship come illegally.

If we want to end birthright citizenship, we must reform the legal naturalization process as well.