Frank Simio: A Baptism Under Fire 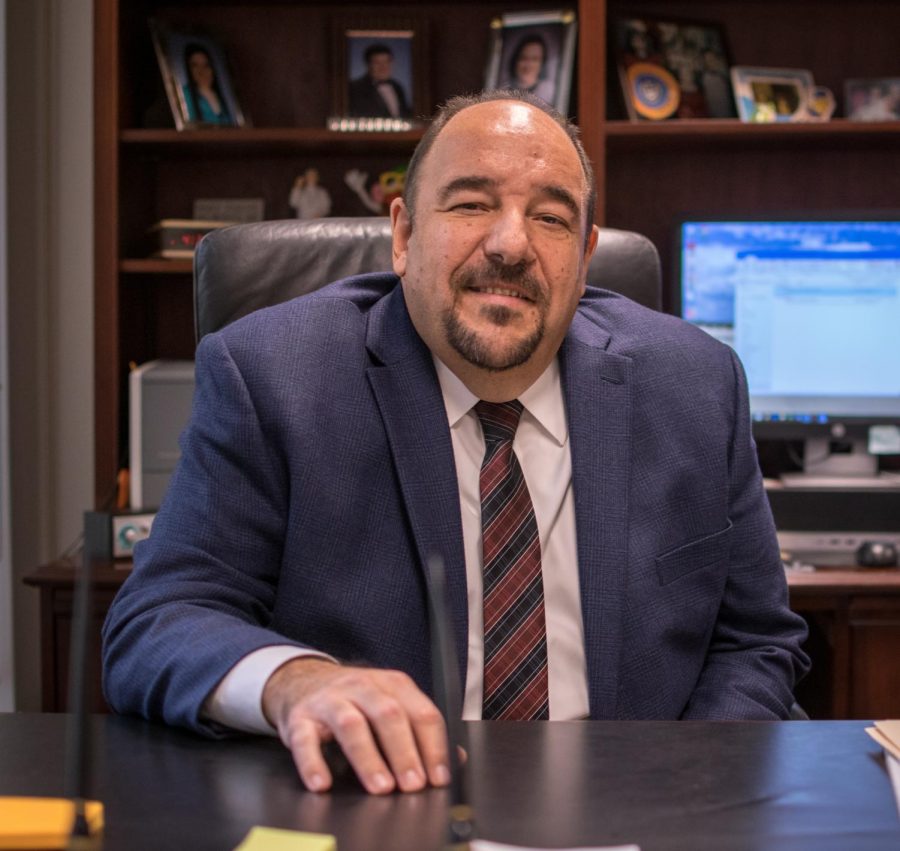 After 18 years of service at Fordham University, Frank Simio was appointed to the position of vice president of Lincoln Center in August 2018. Simio, who graduated from Fordham University in 1983, returned to the university in 2000 as vice president of finance after working in the Office of the Commissioner at Major League Baseball (MLB) properties. He held the office for 14 years before becoming interim chief financial officer and director of special projects the following year. Now, filling the role of vice president of Lincoln Center after former Vice President Brian Byrne’s retirement, Simio sat down with The Observer to discuss his plans for the campus and just what his position entails.

How did you find yourself back at Fordham in 2000 after working for MLB?

It was a job I probably never would have applied for, except that it was my alma mater. When I started at Fordham, my boss on my first day of work said, “Welcome; by the way, we have a million dollar deficit we need to learn how to close.” So, it was a baptism under fire.

What did you do during your time as vice president of finance?

I spent 15 years in that position, and I loved every minute of it. We accomplished a lot for the university. We put up the law school and McKeon Hall, we built Campbell, Conley and Salice halls on the Rose Hill campus … we had 15 years of balanced budgets, and we saw the university’s budget increase from about $225 million to $600 million over that period of time. So it was a very fruitful tenure in that job.

Now that you’re vice president of Lincoln Center, how have your duties changed?

For students, the position of vice president is a bit amorphous: how would you describe your job?

If you gave me a small handful of words to describe the position, I think it would be, “Making sure the campus works for everybody on it.” It would include managing meeting spaces, things like that. It’s helping deans maximize the use of their space and resources and, most importantly, it’s planning for the mid- to long-term future of the campus.

What are some of those plans?

When it comes to space planning, we have two big opportunities and one big challenge. The opportunities are the QuinnX space, which we have very limited access to right now because of code restrictions, and the old Quinn space, which is basically vacant at this time. The challenge is freshening the Lowenstein building, [which] is closing on 60 years old So, that is the challenge: how do we renovate the rest of the building and get it freshened? And those three things are all interlinked. It’s going to be a long term plan.

What’s the biggest challenge to this plan?

You can’t do renovations while people are there or students are in classrooms, so you have to move folks out do the renovation, move them back and then move onto the next part of renovations. So, it’s all going to somehow tie together and come up in some sort of order that makes sense.

Any short term plans we can look forward to?

In the very short term, the welcome center for the admissions group is going to be opening on the second floor. There, our big concern is that we’re taking a student lounge offline. We’ve identified a new space to replace that on the first floor, and students are starting to realize that’s available to them. So we’re trying to replace one space with another space.

Are there any other challenges facing you in your new position?

Well, we have five deans, and they all have very important jobs to do, and we have very limited resources to share among them. So the job is really taking those resources and making them available to all them in the best way possible — working with them to help them make their goals and dreams and plans come true. The number one priority is the students. Who works most closely with students? That’s the faculty, so that’s a priority. I want to make sure the faculty has the tools available, which I am able to provide, so that they can do their jobs as best as possible.

This job is definitely quite different than the role you held as vice president of finance. What compelled you to take it on?

I’d done finance for 15 years, and then I spent three years in the president’s office, helping him with special projects. When you work in finance you have a very wide view of the university.That helped me in the president’s office. And then when Brian Byrne announced he was going to retire, I thought this could be a good fit, a new challenge and a new opportunity.

And have you been enjoying it?

I really have been enjoying it. In a way, after 15 years in finance and three years in the president’s office, so 18 years altogether, it was good to have a completely new challenge. It was also good to be back in Manhattan. I hadn’t worked regularly in Manhattan since 1995, so it’s good to be back here on a regular basis and the challenges are very different than anything I’ve dealt with before. And that’s a lot of fun, too.

So you’ve spent a lot of time at Fordham. Would you say it holds a special significance for you?

Absolutely. I’m an administrator, an alumnus and a parent. My daughter graduated in 2013. So, I fill a lot of notches in the Fordham community.

Interview has been condensed and edited.