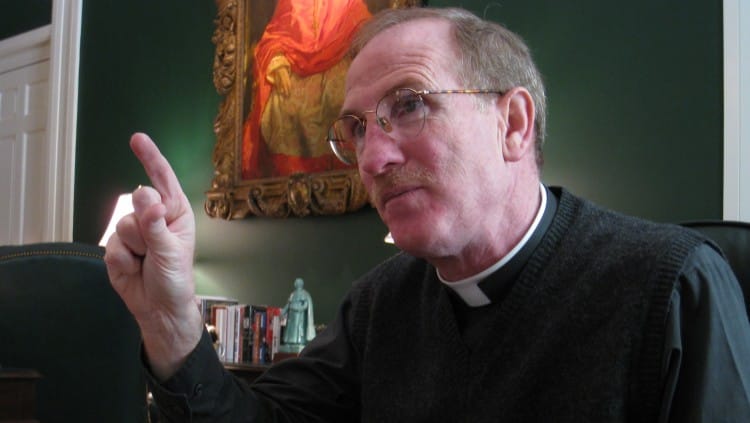 On the morning of Sunday, Oct. 28, 2018, the Office of the President responded with anger and frustration to the recent shootings that have exploded across the country in a university-wide email.

University President Rev. Joseph M. McShane S.J. condemned the acts. “I struggle to find language to convey how appalling these acts of violence are, not least because they are motivated by hate of ‘the other,’” he said. “It seems to me that we have become inured to the use of hate speech and hate symbols – at least those of us who are not the targets of that speech. But make no mistake, this is where such speech ends. This is where it always ends: in pain, death and unfathomable grief.”

The first incident occurred on Wednesday, Oct. 24 in Jeffersontown, Ky., a suburb of Louisville, wherein Gregory Bush, a 51-year old white man, shot and killed two African Americans outside of a supermarket after failing to enter a predominantly black church.

Three days later, on Saturday, Oct. 27, a gunman walked into the Tree of Life synagogue in Pittsburgh with an AR-15 rifle. He shot and killed 11 individuals, including a 97-year old woman, while shouting anti-Semitic slurs.

These mass shootings came just days after the attempted attacks on prominent affiliates of the Democratic Party across the country, which included a bomb mailed to the Time Warner Center in Columbus Circle. The bomb was mailed in a package addressed to former CIA Director John Brennan, Fordham College at Rose Hill  ’77.

McShane further reaffirmed the university’s stance to “reject hate speech wherever and whenever it appears” and spoke of its commitment for the freedom of people to practice their religion peacefully, both at Fordham and throughout the rest of the nation.