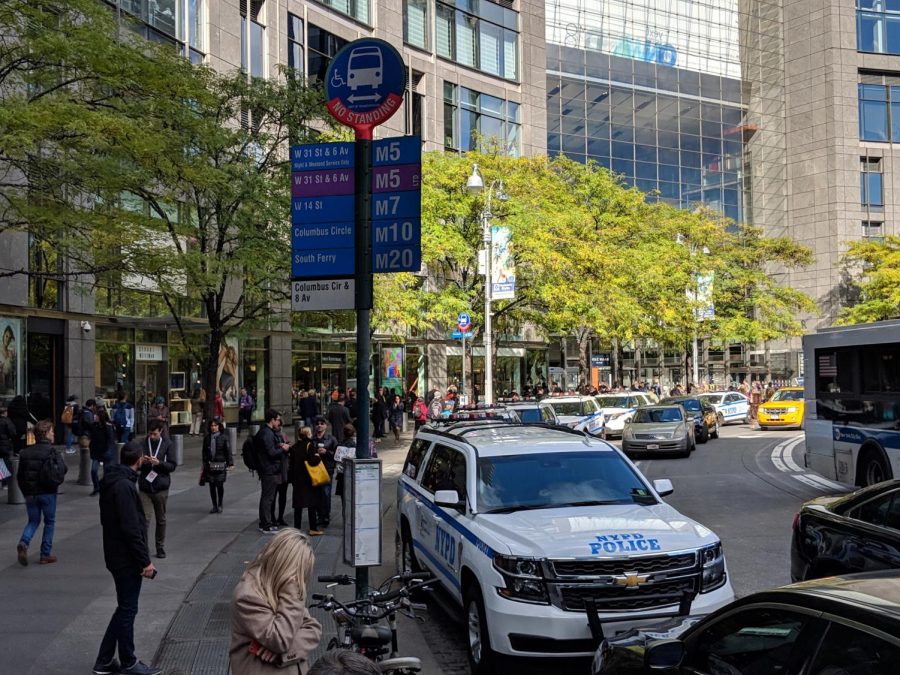 On Oct. 24, the Time Warner Center was evacuated after police were notified of a suspicious package in the building. They treated the package as an explosive device.

The Time Warner Center (TWC) was evacuated after police were notified of a suspicious package sent to the building at 10 Columbus Circle, according to an alert sent by the New York Police Department.

The package was addressed to former CIA Director John Brennan, Fordham College at Rose Hill ’77. Brennan currently serves as distinguished fellow for global security at the Center on National Security at Fordham Law.

The return address was the Florida office of Rep. Debbie Wasserman-Schultz, but police do not believe the packages actually originated from her, as reported by the Washington Examiner.

New York Governor Andrew Cuomo also stated in a press conference that a bomb was sent to his Manhattan office. He added that it was “being handled.”

Fordham Public Safety sent an advisory via email that cautions members of the community to “avoid the streets adjacent to TWC until the NYPD has completed its investigation,” though it stated that there does not appear to be an immediate danger to Fordham’s Lincoln Center campus.

Employees of CNN, which is headquartered in the Time Warner Center building, were evacuated after police intercepted the device.

Alumna Sophie Scott, Fordham College at Lincoln Center ’18, who works at CNN Heroes, had been on her way to work when she was told to turn around and evacuate the building. Standing on the curb outside with several of her coworkers, she said she had not received any other notice of the threat prior her evacuation.

Columbus Circle was shut down by police following the incident. New York City’s emergency alert system also released a message at 11:10 a.m. advising anyone in the vicinity of Columbus Circle, located at Broadway and 8th Avenue between 58th and 60th Streets, to take shelter immediately. The package was later removed safely and the building was cleared for entry.

The package, constructed using a pipe and wires, was discovered just before 11 a.m. on Wednesday, Oct. 24. According to multiple news outlets, the police are treating it as an explosive device as it seems to be connected to similar devices sent to Hillary and Bill Clinton’s home in Chappaqua, NY and former President Barack Obama’s office in Washington, D.C. On Monday, an explosive device was found in the mailbox of New York billionaire philanthropist George Soros. One package addressed to former Attorney General Eric Holder was also sent to Wasserman-Schultz’s office, as that office was the return address. Within the next 24 hours, packages addressed to actor Robert De Niro, former Vice President Joe Biden and Rep. Maxine Waters were also intercepted.

Police report that no one has been injured in either the Time Warner Center incident or any of the others, including the Clintons, Obama, Soros and Wasserman-Schultz.