“The Perks of Being a Snowflake” – Senior Releases Debut Album 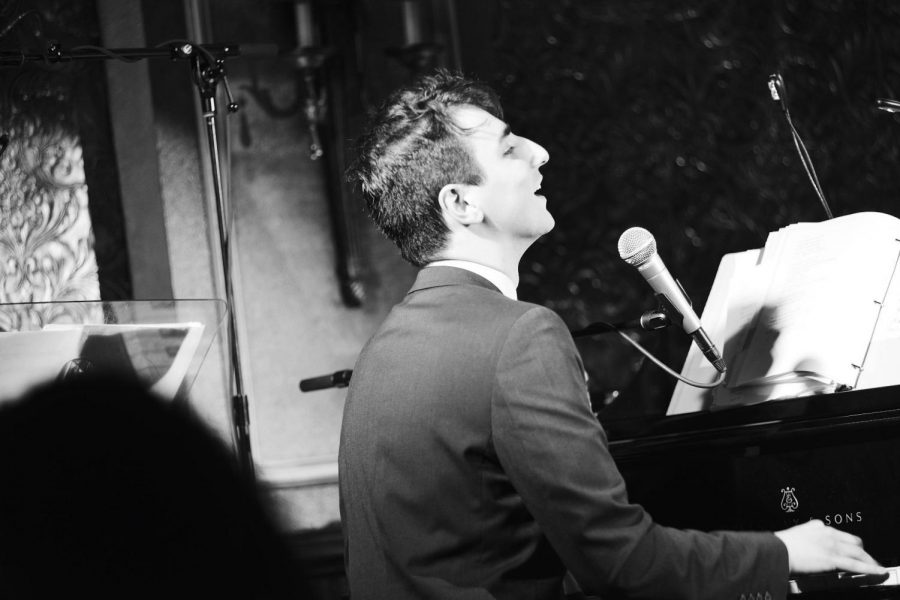 Have you ever wondered what the unifying thread between the “Justin Bieber, Lizard Man” conspiracy theory, creepy kids in trench coats and Betsy Devos is? The is answer Billy Recce. The Fordham senior, with the help of the university, is finally getting to check off a major bucket list item for himself: releasing an album of his own original musical satire songs.

The last time I sat down with Recce was last semester to talk about his new musical, “The Charlatans,” and now just months later, Recce has released a full-studio album. Creating his own album is something Recce has dreamed of doing since he started writing his own songs, but it wasn’t until he began to explore the histories of the musical satirists that came before that he felt ready to do it. “I’ve always been inspired by the great musical satirists of yesteryear and today like Tom Lehrer, Tim Minchin and Bo Burnham,” Recce told me. “I found out that Tom Lehrer in the ’50s self-produced his first album, made a thousand copies and sold them out on his college campus … That is exactly what I want to be doing. You know, you have to start small, but dream big.”

Recce applied for a summer research grant through Fordham and was awarded $5,000 to make this dream a reality. While the grant was generous, producing an album on a budget that small posed its own challenges to Recce. “[The $5,000 budget] has to cover a lot … [renting] the recording studio, the mixing, the editing, the CD production, the, you know, duplication. Getting it up on iTunes costs money, getting it up on Amazon costs money. Obviously the artwork costs a little bit of money, then paying the musicians and the performers.”

One of the ways Recce was able to cut corners was by recruiting friends to help him with all aspects of the project: singing on the album, directing his first ever music video for “Unironic Love Song” and even designing the album artwork, another cue he took from Tom Lehrer. “I was sort of toiling about whether I do a real picture for the cover, or do I do this cartoon [by Dan Markowitz]. Then I came back to Tom Lehrer’s first album, which was a cartoon that he commissioned by a friend, and I was like, in the vein of Tommy boy, I’ll go down that route.”

In typical Recce fashion, this interview was filled with jokes, insults and lots of laughter, but there was also a more touching story he shared that perfectly captured how much this album means to the young writer. “I grew up a total CD nut. Cast albums were my thing. I’ve always collected them and I have, like, 700. I wouldn’t even so much care about the music, I would just care about having this album and being able to flip through it. That was my world,” he shared.

Recce paused for a moment, the smile on his face one of the happiest I’ve ever seen. “I’m normally a very realistic guy, but I saw a 3D proof of the album on my computer last night and I … I was like, ‘Wow, this is what I’ve always wanted.’ To have a CD to be able to put on the shelf with all of the rest of them is the coolest feeling. I’m very thankful to Fordham for making it happen, making a dream come true. That’s literally what it is.”

Billy Recce’s album, “The Perks of Being a Snowflake” is now available to purchase online from CD Baby or to download and digitally stream from Amazon, iTunes and Spotify.