Did the Academy Finally Do It? Diversity in the 2018 Emmy Award Show 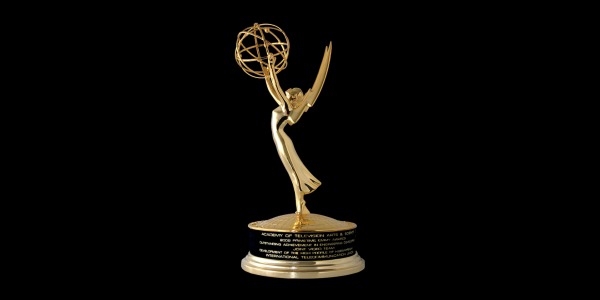 "Despite the intention, this turned the show into focusing on “what could have been” instead of what is." (Courtesy of Emmy ITUPhotos via Flickr)

The 2018 Emmy Awards began with a well-timed reality check. As the most diverse Emmy Awards in history, there was a sense of self-assurance hanging in the air. A star-studded opening musical number brought an authentic light to this fact, and began the show with tasteful humor on the night’s topic of diversity.

However, the number simultaneously reminded the Academy and the public to not get too ahead in congratulating themselves just yet, because they had not, in fact, ended racism in the television and film industry.

The range of stars displayed what many would call a gorgeous theme of representation. African-American men and women were featured in the nominations, as hosts and announcers, and even the winners for Outstanding Guest Actors. To top it off, Sandra Oh was accredited as the first Asian woman to be nominated for “Best Leading Actress in a Drama,” taking her bow as both a nominee and an announcer.

With all of the gratitude and conversation of diversity, it seemed as though the 70th Primetimeannual Emmy Awards was an attempt to prove the Academy not as those being called out by the “Oscars So White” hashtag, but as an organization facilitating diversity in an industry where other organizations aren’t so quick to recognize such talent. . Commentary was clearly attempted by making an abundance of lack of diversity jokes, but considering the small fraction of non-white winners, the theme seemed somewhat hypocritical.

Perhaps the most striking element in the nature of the night’s commentary was the show’s opening joke as well as the “Reparation Emmys” segment. Fixating on the differences between diversity issues past and present, the “Reparation Emmys” was presented as a thoughtful segment in which awards were given to black actors and actresses who were not given proper recognition for their past work. Despite the intention, this turned the show into focusing on “what could have been” instead of what is. Award show hosts have a unique power to reach both the influential and common viewer, a power that should be used very wisely. This potential was vastly overlooked at this year’s Emmys.

While the nominations and the awards themselves were well-deserved, the only diverse representation in the winners category was brought by Regina King, Thandie Newton, Darren Criss, Tiffany Haddish, Roy Cephas Jones, Samira Wiley, Katt Williams, and “RuPaul’s Drag Race.” Furthermore, nominated programs that actually had some of the most representative ensembles of the year, such as “Black-ish,” brought in no awards for the night. In fact, the critically-acclaimed “Insecure” and “Atlanta” took home very few, if any, awards, and Oh, with her momentous nomination and, in spite of all of the recognition during the show itself, did not receive the award for which she was nominated.

One could surely consider the wins for “The Marvelous Mrs. Maisel” as “Outstanding Comedy Series,” “Outstanding Writing for a Comedy Series” and “Outstanding Directing for a Comedy Series” wins for representation in the Jewish community, but as for African-American and Asian representation, the Emmy Awards fell short. In missing the vast opportunities for impactful commentary, the Academy failed to place a clear and truthful lens on diversity in the television industry. Rather, it fueled its hypocrisy in basing the theme of the awards show on a responsibility it is famous for shirking. Just as diversity was beginning to be beautifully portrayed on the award stage, the time has come for the Academy to display the same dedication to diversity in the recipients of these honors. Maybe in comparing race politics in the past to those of the present, the Academy can fathom the true meaning of representation in film awards shows.