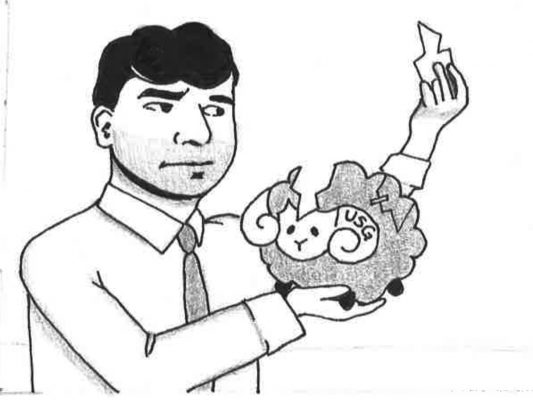 When the spring 2018 semester came to an end, United Student Government at Lincoln Center (USG) had three vacant positions on its e-board. Now, after fall elections, the e-board is full and nearly all senate seats are at capacity. Now, through student-led initiatives and inter-club coordination, Fordham Lincoln Center (FLC)’s student body government hopes to channel this new enthusiasm into a campus-wide goal: networks of communication to reflect an engaged campus community.

Like many other clubs, USG benefitted from the influx of excited freshmen in the class of 2022, FLC’s largest yet, brought to campus. The current, well-populated, general assembly is quite different from what it was last semester. When USG President Demetrios Stratis, Fordham College Lincoln Center (FCLC) ’19, entered office in spring of 2018, multiple e-board positions, including those of vice president of facilities, vice president of student affairs and all junior senator seats, remained vacant until the end of the semester.

This year’s elections, Stratis said, engaged some of the largest numbers of candidates and voters alike: 16 people ran for 11 slots in the general assembly. By the end of elections, all FCLC freshmen and senior seats were filled. The assembly’s junior seats, as well as senior Gabelli School of Business (GSB) seats, however, remain vacant.

“I am very pleased to see such an uptick in participation because it will enable us to better fulfill our functions as a government and evidences the new wave of enthusiasm from the class of 2022,” Stratis said. “With a full e-board working together and a body of motivated senators, we’re in good shape for the year.”

Despite the enthusiasm for the new year, Stratis said, USG must remain focused with this new energy. “In order to maintain a club, you need not only excited freshmen, but also a strong and committed e-board,” Stratis said.

USG’s movement for better communication began within their own ranks, after their elected spring ’18 treasurer resigned the post in September due to what Stratis called a misunderstanding of the job’s time commitment and responsibilities. The role of treasurer, Stratis said, requires a “conservative estimate” of 6-7 hours of work outside of e-board meetings, a detail the previous treasurer felt unprepared for.

The new treasurer, Robert Stryczek, GSB ’21, agrees with Stratis that communication should be better emphasized. After attending USG meetings throughout his freshman year, Stryczek felt capable of taking on the role of treasurer and said he plans to run the year on the campaign of “efficiency is key.”

“I feel like the treasurer role is what needs the most work, since it’s been up in the air in recent years,” Stryczek said. “The treasurer has to be the numbers guy … it’s like, we need to do A, B, C, to get to [a goal] and then get that done. And that’s what I’m bringing to it and what needed to happen.”

Precisely in order to avoid the pitfalls of miscommunication, the first initiative of USG’s fall campaign aims to strengthen club life by keeping club leaders well-informed on campus happenings.

In conjunction with the Office of Student Involvement, USG arranged for club leader training to move online, rather than the in-person sessions of previous years. This new medium for training, Stratis hoped, will ensure leaders understand the responsibilities of their roles and better inform them for the semester ahead.

Additionally, Stratis has met with several clubs and is currently running a club survey that he hopes will enable USG to “stay on top of concerns and updates from club leaders.”

Vice President for Operations Austin Tong, GSB ’21, admitted that USG has “a lot of work to do … especially with social media and direct involvement of student officers with the student population.”

Tong listed some of his ideas to connect with the student body, including holding USG meetings in open areas such as the indoor and outdoor plazas, inviting students to participate in the discussion. “We want to hear the voices and the opinions of everyone in the school,” Tong said. “It shouldn’t just be about a club, it should be about a government and a people.”

Inter-club connectivity is also an area of focus, which Katina Smith, FCLC ’19 and vice president of USG, feels will strengthen the campus community. “If people are in one club, that’s great,” she said, “but we need to have clubs that are active … with some clubs, it’s a struggle to get anyone to come.”

Smith’s greatest venture into fostering that sense of community are Fordham Fridays, a weekly event that, thus far, has been a resounding success: every Friday, if FLC students wear maroon or university gear, they can pick up a free slice of pizza. Smith said her budget for the event doubled from the first week of school to the next and continues to grow. “Fordham Fridays foster festivity at Lincoln Center,” Smith said in tongue-twisting exclamation. “It’s really exciting because I think people pretend sometimes they intern more than they go to school, but Fordham is still your home within the city. So if you wear something that represents that, it just fosters a community where there is more not just inclusion but also pride around it.”

USG will continue to develop inter-club connections by teaming up with the other two student governing bodies, Residence Hall Association (RHA) and Commuting Students Association (CSA) to better the student experience, Stratis said. The three clubs plan to engage in “information-sharing initiatives” and “dialogue” with each other and with other campus clubs, Stratis said, “since in the past, the branches of student government have often forgotten that we’re all part of the same tree.”

Stratis said USG intends to focus on the controversial guest policy RHA had pursued over the past year. With CSA, Stratis said a major area of concentration is helping commuter freshmen adjust to life on campus and making the class registration policy easier for commuters.

Other initiatives, he said, included securing $5 of free printing per FCLC student and overseeing the transformation of PL100, the room next to the South Lounge in Lowenstein, into a student lounge that will accommodate both on-campus students and commuting students. Additionally, the USG general assembly plans to create a subcommittee dedicated to remodeling the McMahon fitness center.

Again, Stratis stressed the importance of student engagement with USG initiatives, saying that beyond attending meetings and communicating with each other, “the most important work is done outside of the meeting.”